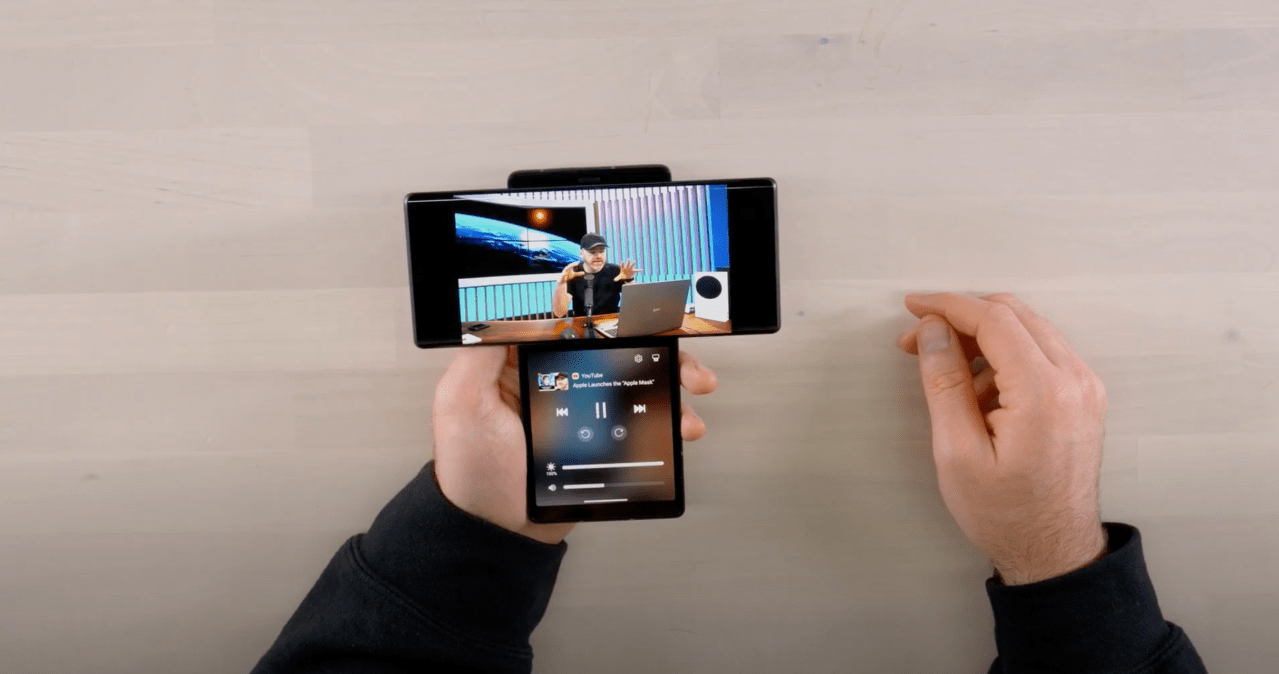 The LG Wing was announced this morning, but as of this writing, only one member of the US media actually has a device for a hands-on (as far as we can tell). That’s Lew from Unbox Therapy, unsurprisingly, and you can check out his full hands-on with the weird new phone — including a deep dive on its camera functions — below…

The unboxing isn’t anything surprising if you’ve seen a phone unboxing before, but this is definitely a weird phone and that makes the hands-on a bit weird, too. After he gets the phone open, you can immediately get a sense that the swivel design is unique. I’m not sure if it’s the “cool but useless” kind of unique or the “actually useful” kind of unique. Regardless, it accomplishes much the same goal of foldable phones — the ability to do more than one thing at a time.

My biggest takeaway from the first half of this video is that the swivel actually seems really well built. Even if the option to access that second, smaller display is completely useless in practicality (tbd!), it definitely looks satisfying swiveling that display back and forth. It reminds me a lot of older slider phones; speaking of which, it looks like LG might be working on that kind of weird thing in smartphone form, too.

It’s appropriate that Lew also takes us on an in-depth hands-on with the LG Wing’s camera functionality. There’s dual-recording for recording both front and rear-facing cameras at the same time, a gimbal mode for controlling your camera using an analog stick on the bottom screen, some weird features like an ASMR mode that ups the sensitivity of the microphone. He has tons of samples in the video, so check it out: