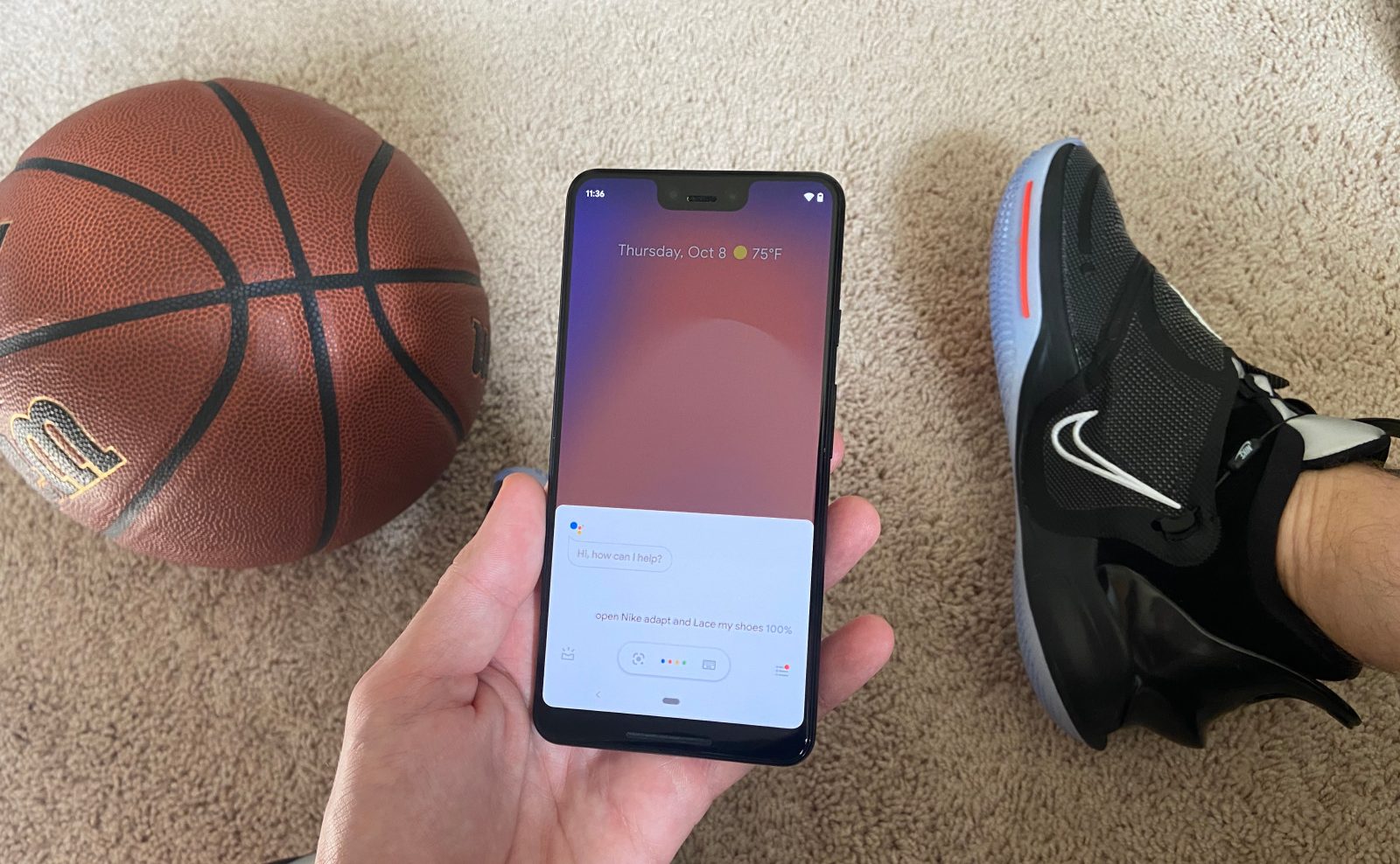 Google today announced a big push to make it easy for Google Assistant to control your Android apps, and that includes everything from ordering a smoothie with Postmates to sending a snap with Snapchat. It also includes… tying your shoes, apparently? That’s the nifty demo Google sent us in the form of a pair of Nike Adapts, which I can confidently say is equal parts awesome and a bit unnecessary.

As my colleague Abner wrote earlier today, all of this functionality now lives in a new Shortcuts page in the Google Assistant settings (which you can access using “Hey Google, my shortcuts”) which shows you all the Assistant shortcuts associated with your installed apps and lets you pick from some suggestions. Nike Adapt is one of many apps taking advantage of the new feature.

There’s a handful of different Assistant commands available with the Nike Adapt app as part of this new push, including “Open Nike Adapt and Unlace” which fully loosens your shoes, “Loosen My Shoes” and “Tighten My Shoes” which adjust in 5% increments either way, and you can also check your shoes’ battery status and change their light color as well.

Perhaps the most useful of the Assistant actions is not even on the list they give you in the app — “Lace my Shoes X%”. With this command, you can easily lace up 100% or to any preferred tightness. Gotta admit, it’s a little silly that this just loads up the Nike Adapt app, but I guess it’s a bit quicker than finding the app yourself and sliding around the lace sliders if you know exactly what tightness setting you’re aiming for.

As someone who didn’t get to check out the first generation of Nike Adapts, though, I have to admit that these self-tying kicks are a blast to try on. I don’t play much basketball, but the simple fact that these self tighten when I put them is definitely something I’d be interested in if I did. If you’re gonna have phone controlled shoes, being able to now control everything with Google Assistant is a natural extension.

If a command like “Open Nike Adapt and Lace 100%” seems a bit clunky to you, you’d be right — and Google agrees. That’s where the new Shortcuts settings in Google Assistant comes in. Since Assistant is making it easy to personally customize voice prompts, you can change “Hey Google, tighten my shoes with Nike Adapt,” to something much simpler like “Hey Google, lace it.” As of the time of this writing I couldn’t get Nike Adapt to show in Shortcuts settings quite yet, but I’d assume it puts you into the Nike app either way.

I can attest that the ability to create a custom shortcut — read more about that here — will definitely change things in terms of user-friendlines. My wife heard me say “Open Nike Adapt and Lace my shoes 100%” and said “that’s the stupidest thing I’ve ever heard”. Still, we’re talking about tying our shoes with a smartphone app here, which to be fair, is probably enough for this whole ordeal to be eyeroll-worthy for many.

While tightening shoes might not be the most practical use case for me personally (the fact that I haven’t picked up a basketball in 10 years probably doesn’t help), Google says that the underlying functionality — doing more using your voice with top apps — is available today in over 30 apps, with more to come. This morning I tried out “Hey Google, order breakfast on Postmates”. I think I’ll stick with that for now.