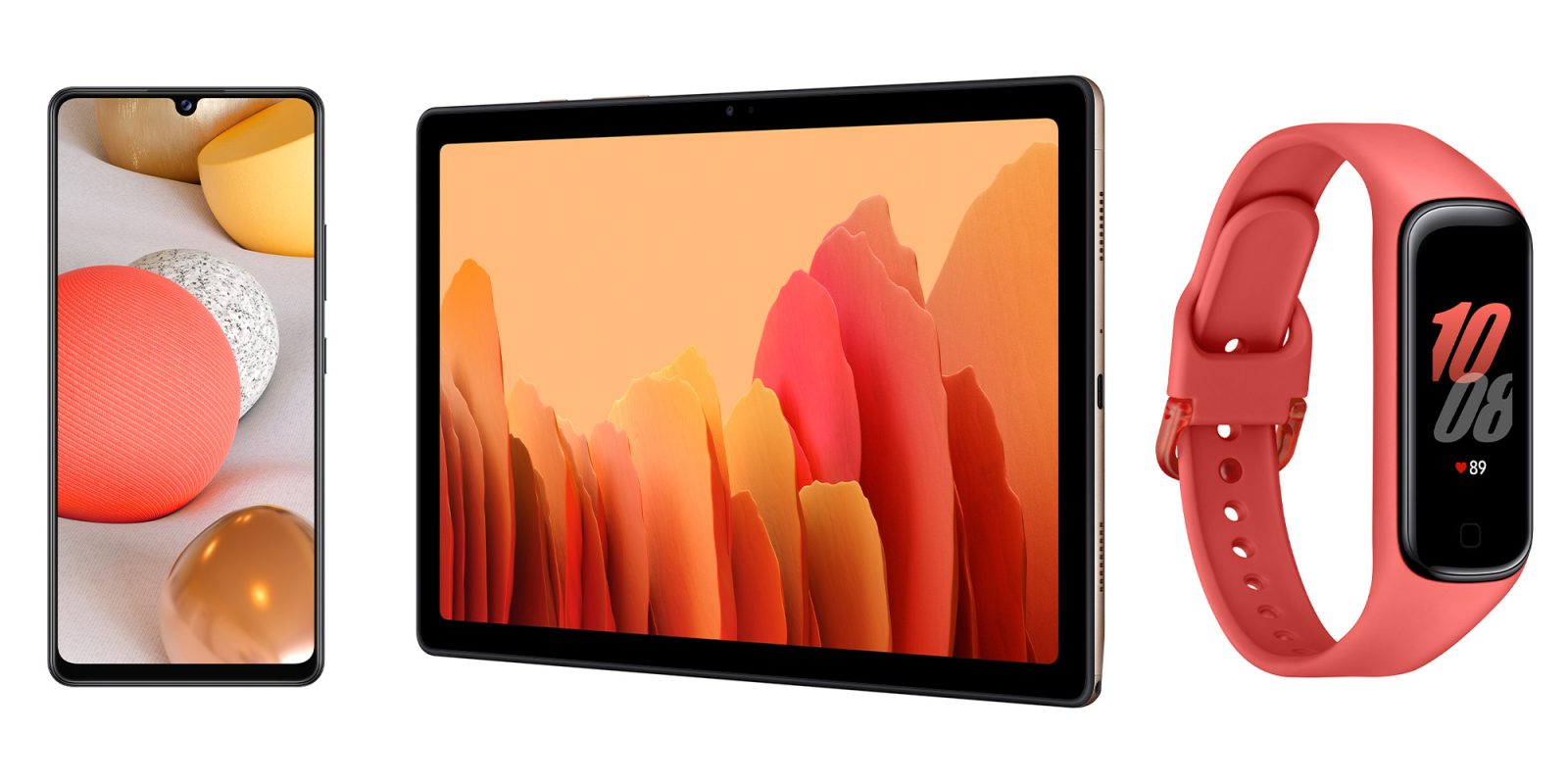 Samsung has expanded its growing lineup of 5G-enabled smartphones by announcing the Galaxy A42 5G, alongside a brand new Galaxy Tab A7, Galaxy Fit2 fitness band, and an AirPower-like Trio wireless charger.

The firm confirmed the new hardware but details were pretty thin on the ground as to what each new product will bring to the table later this year.

[Update 10/09]: We’re not sure what Samsung’s strategy has been for the Galaxy A42 but after drip-feeding the specifications, we now have what looks like a full spec sheet courtesy of the Korean tech giant. So, the Galaxy A42 5G is set to come with an Octa-core chipset clocked at 2.2GHz — which is expected to be the Qualcomm Snapdragon 750G — either 4, 6 or 8GB of RAM, 128GB of microSD expandable storage, and a 5,000mAh battery with 15W fast charging.

It has a 6.6-inch HD+ Super AMOLED panel, with Infinity-U display cut-out that is home to a 20-megapixel selfie camera and also includes an in-display fingerprint reader. The quad-camera setup at the rear consists of a 48-megapixel main sensor, 8-megapixel ultra-wide angle, 5-megapixel macro sensor, and 5-megapixel depth sensor.

So far, so good but there is a little more. It will be available in three colors: Prism Dot Black, Prism Dot White, and Prism Dot Gray. These are like a cool digital-style mashup with a tonal finish from top to bottom of the rear panel. The firm release date was still not shared, but the Galaxy A42 5G is still set for a November 2020 launch in Germany priced at €369.

[Update 09/04]: Samsung has now shared some of the specs of the Galaxy A42 5G. The device looks like it might be quite an impressive smartphone for the price too. The 6.6-inch Super AMOLED comes in HD+ resolution — sadly lower res than we had hoped. It will also pack in a 5,000mAh battery, which should provide all-day longevity.

At the rear, the cameras include a 48-megapixel main sensor, 8-megapixel ultra-wide angle, 5-megapixel macro sensor, and 5-megapixel depth sensor. The teardrop notch on the display hosts a 20-megapixel selfie camera.

Samsung confirmed that the Galaxy A42 5G will be priced at €369 and will release in Germany at some point in November 2020. The Tab A7 Wi-FI will retail for €223, with the LTE version costing €282. There is still no word on whether the A7 and A42 will come to global markets.

Starting with the Galaxy A42 5G, Samsung claims that this will be it’s most “affordable” 5G-enabled smartphone to date. It will sport a 6.6-inch OLED panel with dewdrop notch and in-display fingerprint reader, while other internals are not yet known. However, it will include a quad-camera array at the rear and an interesting multi-tonal finish. It will fully launch later this year.

The Galaxy Tab A7 is a 10.4-inch Android tablet that includes Dolby Atmos-compatible speakers for superior sound. It has an 80% screen-to-body ratio, with a metallic finish but no further details were shared either. We’d expect it to come under the pricing of the recently released Galaxy Tab S7 series tablets released just last week though.

For the fitness-minded, the Galaxy Fit2 is yet another fitness band that includes a multitude of tracking features, all-day battery plus some other notable improvements over the original. It can track your sleep patterns, heart rate, calories burned plus tons more on top. Again, no pricing details were shared but expect a sub-$100 or sub-£100 price when it is available later this year.

Alongside the Galaxy A42 5G, Galaxy Tab A7, and Galaxy Fit2, Samsung announced its Trio wireless charger. This charging slab can simultaneously top-up three of your devices at one time although no word on compatibility with the trio of tech announced today.