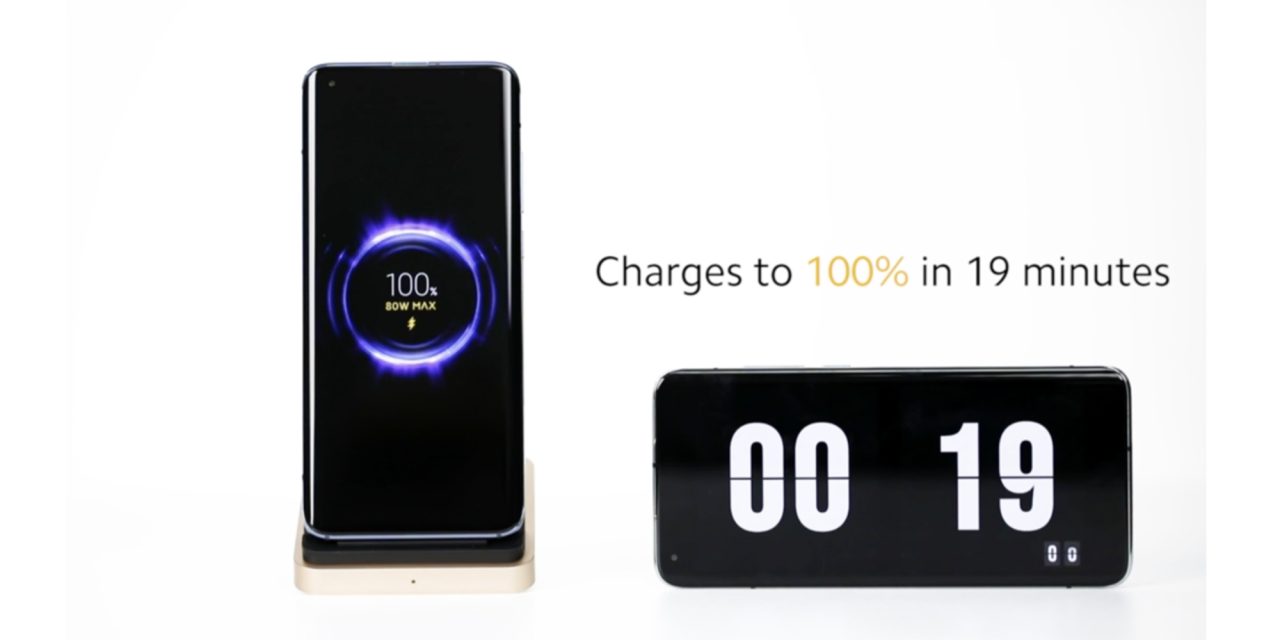 Fast-charging tech has become a battleground in recent years as speeds and battery sizes have ballooned. Xiaomi is fighting back against the likes of Oppo and OnePlus with the announcement of more efficient 80W wireless charging that can top up a 4,000mAh cell in just 19 minutes.

For those wanting a quick top-up, just one minute on this charging pad will net you 10%, while 8 minutes gives a device at over 50% capacity. We recently saw higher-powered 120W wired charging tech come with the Xiaomi Mi 10 Ultra, which was capable of filling the 4,500mAh internal cell in a little over 23 minutes. It also includes 50W wireless charging, which will go from 0 to 100% in just 40 minutes.

80W wireless charging is obviously lower-powered than the 120W wired option. So clearly, some impressive work has been done to improve the overall efficiency here — especially seeing as though the 120W wired charging on the Mi 10 Ultra is actually marginally slower. You can check it out in action below:

While it’s an impressive feat, no word was shared upon when Xiaomi might add 80W wireless charging to a consumer-grade device. It’s also important to note that while super-fast wireless charging is cool, it sort of defeats the purpose of wireless charging for most people. It will be interesting to see how the Chinese firm has mitigated the risk of battery heat damage — which is often why batteries solely charged wirelessly can deteriorate faster than those charged via wire.

OnePlus added an annoying fan to their 30W Wireless Warp Charger. Unfortunately, this demo doesn’t give any indication of how Xiaomi’s 80W wireless charger might mitigate the heat. That said, we’re sure we’ll see the tech in an upcoming device. Just when though? Now that we don’t know.