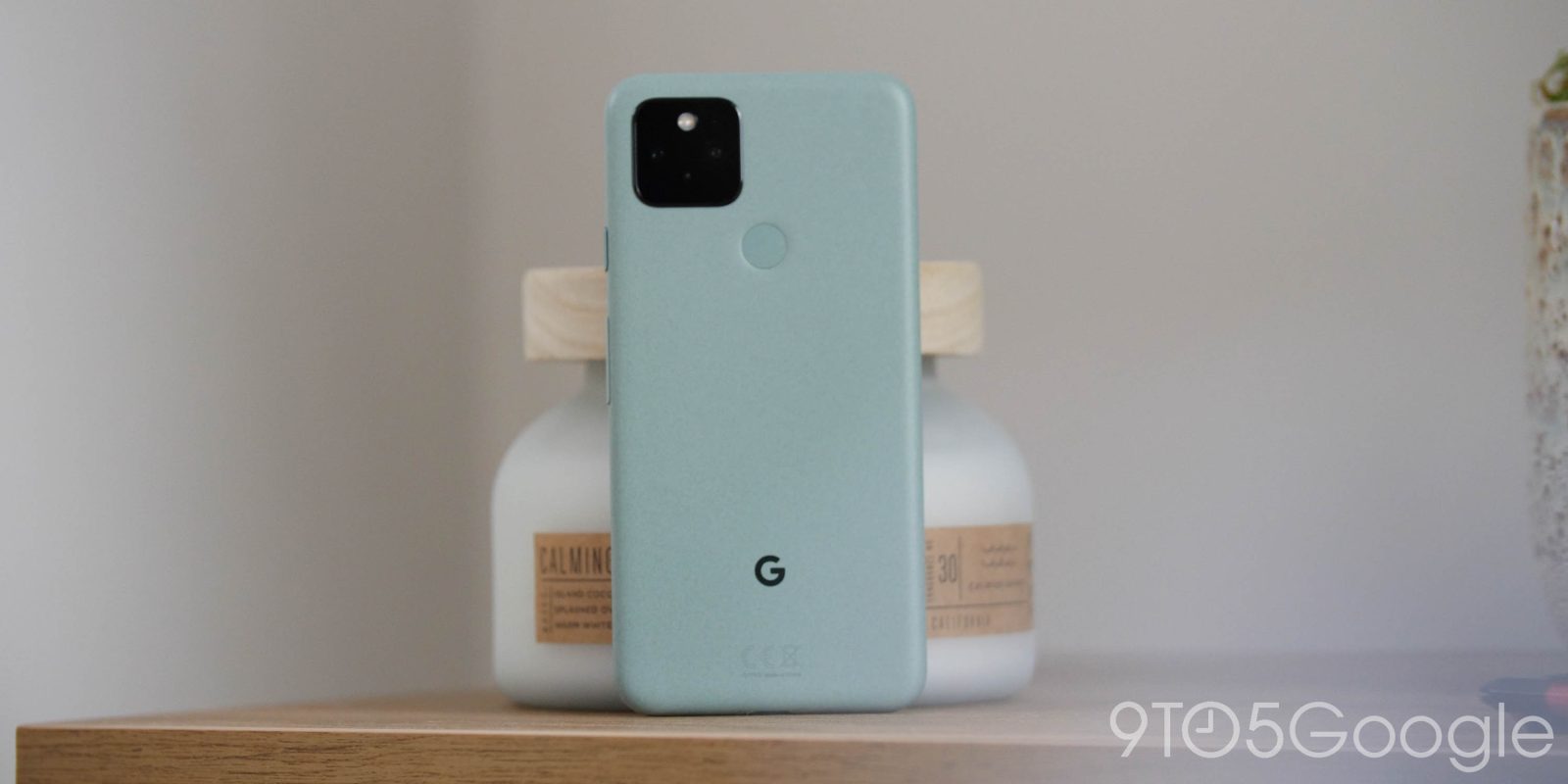 Google has been steadily improving the quality of haptic motors included in Pixel devices — though this year might be an exception. With the Pixel 5, the ability to set “Vibration & haptics” has been elevated in settings.

It starts with the “Sound” menu being renamed to “Sound & vibration” on the Pixel 5, while the description has switched out “vibration” for “haptics.” Under the four main volume sliders, “Vibrate for calls” has been replaced by “Vibration & haptics.”

The first option in this menu lets you entirely turn on/off phone movement. This is followed by the existing ability to determine whether calls always/never buzz or just “vibrate first then ring gradually.”

Next is the ability to control “Vibration & haptic strength” menu for Ring Vibration, Notification Vibration, and Touch feedback, with each slider featuring three increments. This menu oddly does not include the “Charging sound and vibration” toggle, which is still at the bottom of the general “Sounds” menu. Meanwhile, you cannot access this menu if your phone is muted entirely.

Other Pixel phones have similar settings under Accessibility (Interaction controls). However, it’s laid out as three separate menus with each having four options — High Medium, Low, and Off. A-series phones, like the 4a, only let you turn on/off each buzz, with precise control limited to flagship devices. This page was first introduced with Android P Developer Preview 1 in March of 2018.

On the Pixel 5, adjustments are clearly elevated, with users previously only likely encountering when using the search bar in the Settings app. The menu redesign and elevation will presumably come to other Pixel devices in a future update.