[Update: Repairability score] Pixel 4a construction reveals similarities to Pixel 3a in teardown 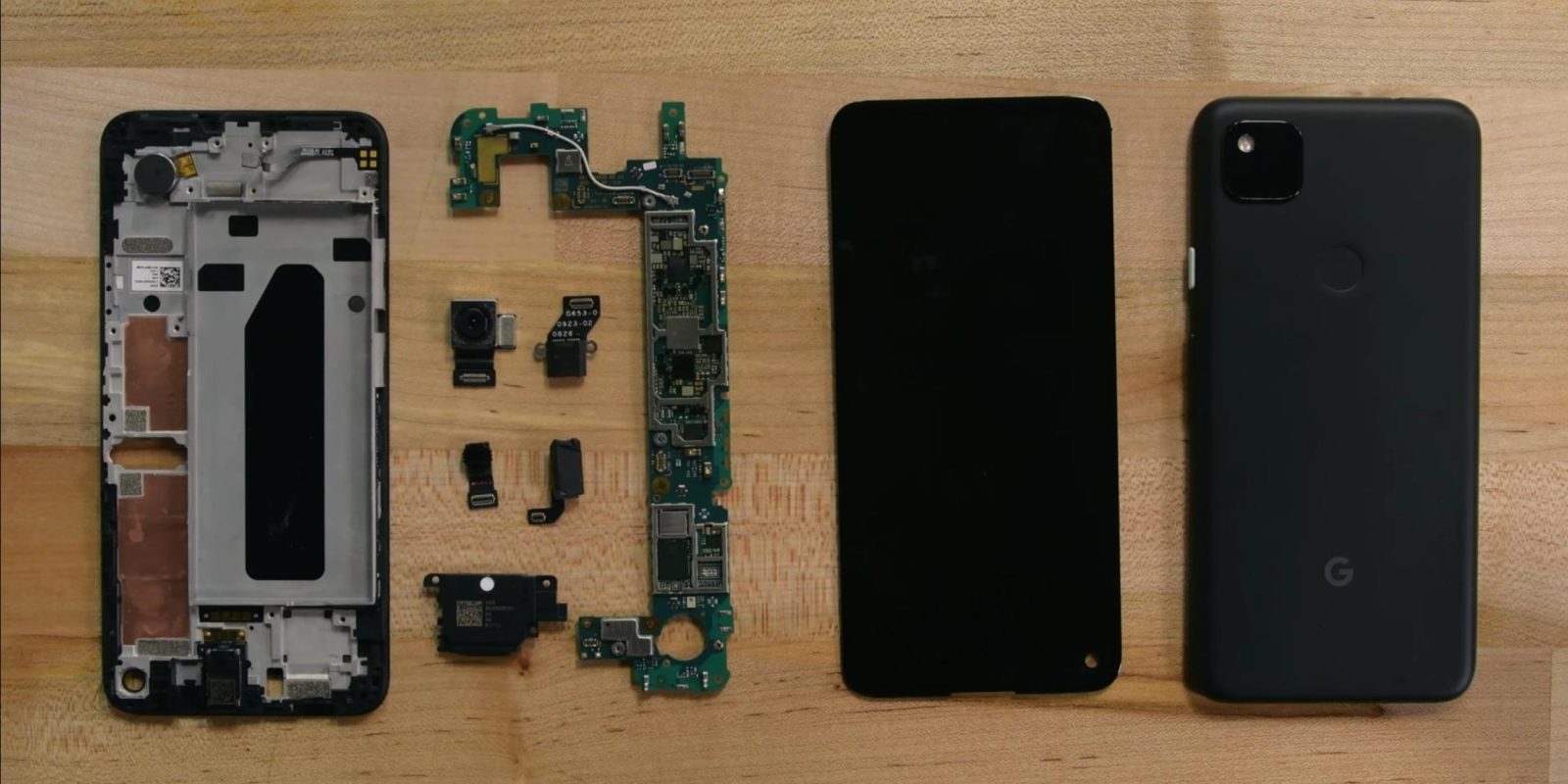 Google’s latest mid-range phone is officially just over a week old, and by all accounts it’s shaping up to be another Pixel 3a-level success. A Pixel 4a teardown today reveals that another shared similarity is the construction.

Original 8/28: The fully iFixit teardown isn’t available yet, but a video disassembly is live. Right off the bat, they note how the “opening procedure for the Pixel 4a hasn’t changed much since the Pixel 3a.” By that, not too much heat was required to loosen the display adhesive.

Once the screen is removed, iFixit notes the “same type of midframe” as on the 3a. However, the motherboard and other components are attached to the underside and lift up together instead of being attached to the back. “Tricky cables” connect it to the rear case.

Other components, including the hole-punch camera, pop out, while the motherboard is clipped into the midframe.

As this is just a video and not the full Pixel 4a teardown, which is coming soon, there is no repairability score yet. For reference, the Pixel 3a got 6 out of 10. Last year’s complaint seems to still be present today in how the “myriad long, thin ribbon cables connecting the internal component can be obnoxious to work around, and are easy to accidentally tear.”

Given the leaks and familial resemblance compared to previous generations, it’s likely that the Pixel 4a (5G) will have similar construction but with affordances for the 5G radio. It will also be interesting to see whether the Pixel 5 has a similar layout.

Update 8/3: iFixit has issued a 6/10 repairability score. They are particularly complimentary about adhesive strip “pull tabs hiding in little windows cut through the midframe.” This general design allows for easier pulling that is “leagues better than adhesive tar pits seen in many other manufacturers’ phones.”

This clever design allows for unobstructed pulling of the tabs at optimal angles. That’s something we’ve never seen before, and it’s the reason why otherwise repair-friendly stretch-release strips can sometimes be such a headache on other phones—trying to extract them at a sufficiently shallow angle, without snagging on any nearby components, can be nail-bitingly tricky. The Pixel 4a does a literal end-run around that whole problem.

iFixit also highlights the possibilities offered by the midframe design. Namely, repairers could access the battery without going through the screen by just taking off the rear cover. Meanwhile, a screen repair would just require removing that component.