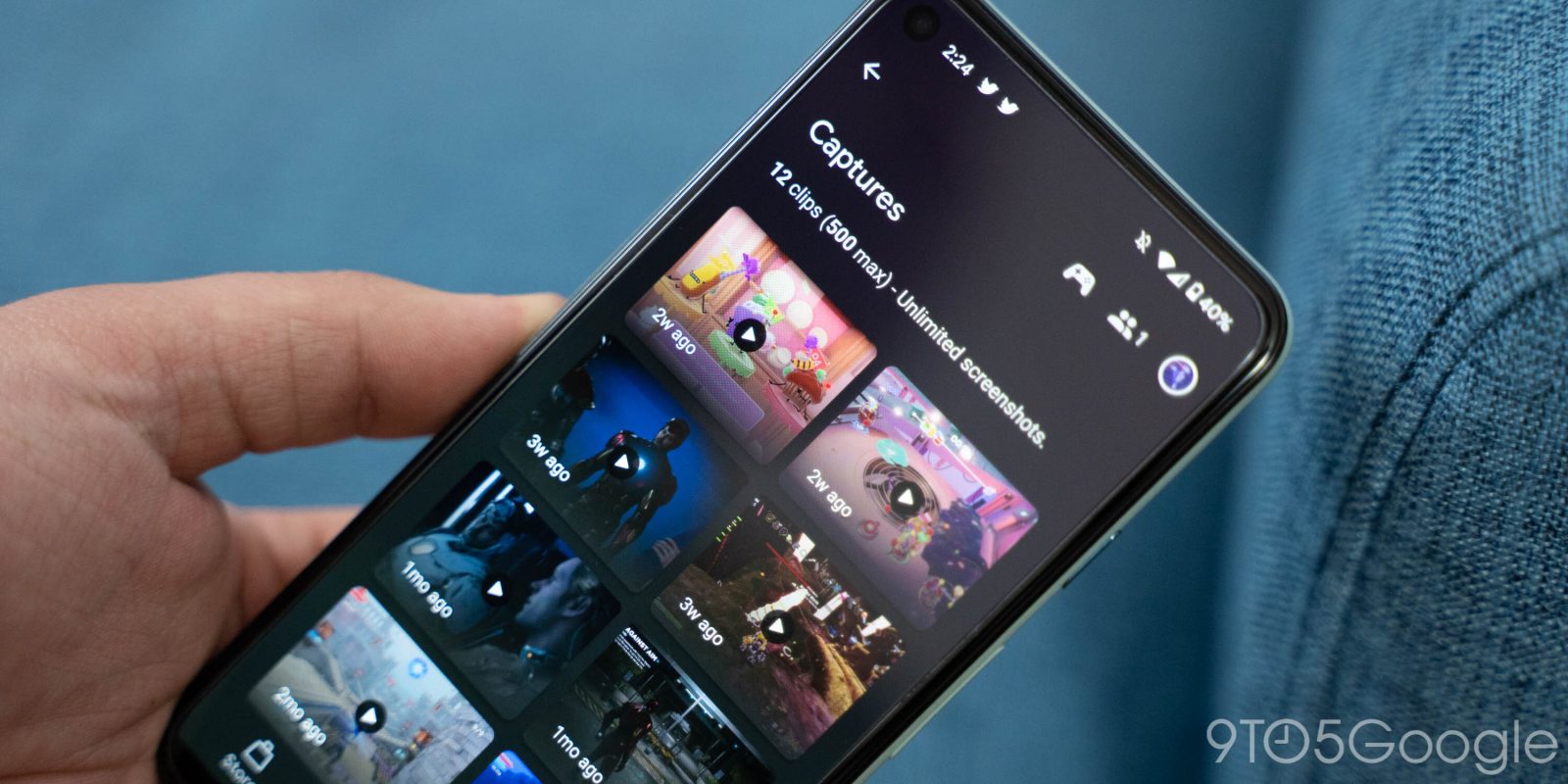 Since its first debut, Google has touted that Stadia can enable features that aren’t possible on non-cloud platforms. One of those features, State Share, is set to get expanded by being integrated directly into Stadia’s screenshot and video capture capabilities.

On Stadia today, you can use the official Stadia controller to take screenshots and videos in full quality on the server side rather than capturing your stream, which would have more compression artifacts. Currently, the only way to share those captures is to download them from Stadia’s web app, but a more direct way of sharing these has been quietly in the works for some time now.

In Stadia for Android version 2.42, we find that Google has found a way to connect State Share — a feature that lets you jump into a specific place in a Stadia game — directly into screenshots and videos captured by Stadia.

This capture contains a game state

To play or share your game state, open this capture at stadia.com on a computer

To include your state when sharing, open this capture on a computer at stadia.com

It’s too early to say exactly how games will make use of this capability, but using Crayta — a Stadia exclusive way to create games and play games others have created, and currently, the only game/app that supports State Share — as a baseline, we imagine that if you take a screenshot or video of a particular game in Crayta, such as Prop Hunt, someone who later views that capture would be able to use the State Share link to jump straight into Prop Hunt on Crayta.

This is just one of the many ways that Google is working to improve captures, as Stadia 2.36 pointed to being able to include your voice in recorded video clips.

Right now, in the Stadia app for Android, the controller button in the top-right corner is exclusively for initializing a new Stadia Controller onto your network or pairing it with your phone. With Stadia 2.42, it seems Google is preparing a detailed connection guide to make it easier to play Stadia on Android with an Xbox or PlayStation controller.

To use Bluetooth, activate pairing mode by pressing and holding the Pair button for 3 seconds.

To use Bluetooth, activate pairing mode by pressing and holding the Pair button for 3 seconds.

To use Bluetooth, activate pairing mode by pressing and holding the PS and Share buttons at the same time. The light bar on the back of the controller will start flashing once pairing mode is active.

On your device, go to Bluetooth settings and turn Bluetooth on. Scan for new devices and then select your controller.

Other controllers or gamepads may also work with Stadia by connecting over Bluetooth or USB. Consult your device’s manufacturer for gamepad compatibility.

For quite a few months now, we’ve been watching as Google has steadily worked on adding messaging capabilities to the Stadia app, including an onboarding process to introduce players to sending messages. With Stadia 2.42, we see more texts pointing to Google getting even closer to launching the feature.

Now you can quickly chat with your friends and other players about your next play session and keep the fun going across all your screens.

Anyone can send you messages, but you can choose whose messages are visible to you.

As it stands today, to sign up for a free trial of Stadia Pro, you need to give Google a credit card or other form of payment that will be charged once your trial ends if you don’t choose to cancel. To help give prospective players the ability to try Stadia Pro with no commitment whatsoever — which can be especially important, as many may not be sure if their connection is good enough for game streaming — it appears Google Stadia may be preparing a way to try Stadia Pro without a credit card.

Throughout the app’s code, we see references to “fopless” trials, which we’re assuming is short for “form of payment (FOP) less” free trials. In the bit of text below, it looks like these “fopless” trials will let you enjoy Stadia Pro for a shorter amount of time before requiring you to “Add a payment method later” to unlock the remainder of the usual 30-day trial. Unfortunately, we don’t know how long these trials will last, as the text below gets filled in with a length of time.

Try Stadia Pro for the next

Add a payment method later to continue your trial.

While Stadia is not officially available for Android TV — the launch is scheduled for sometime next year — it’s possible to sideload the app onto devices such as the new Chromecast with Google TV. Though some previous versions have made improvements to the TV experience, our resident Google TV expert Ben Schoon has not spotted any changes in Stadia 2.42 when sideloaded to Android TV.