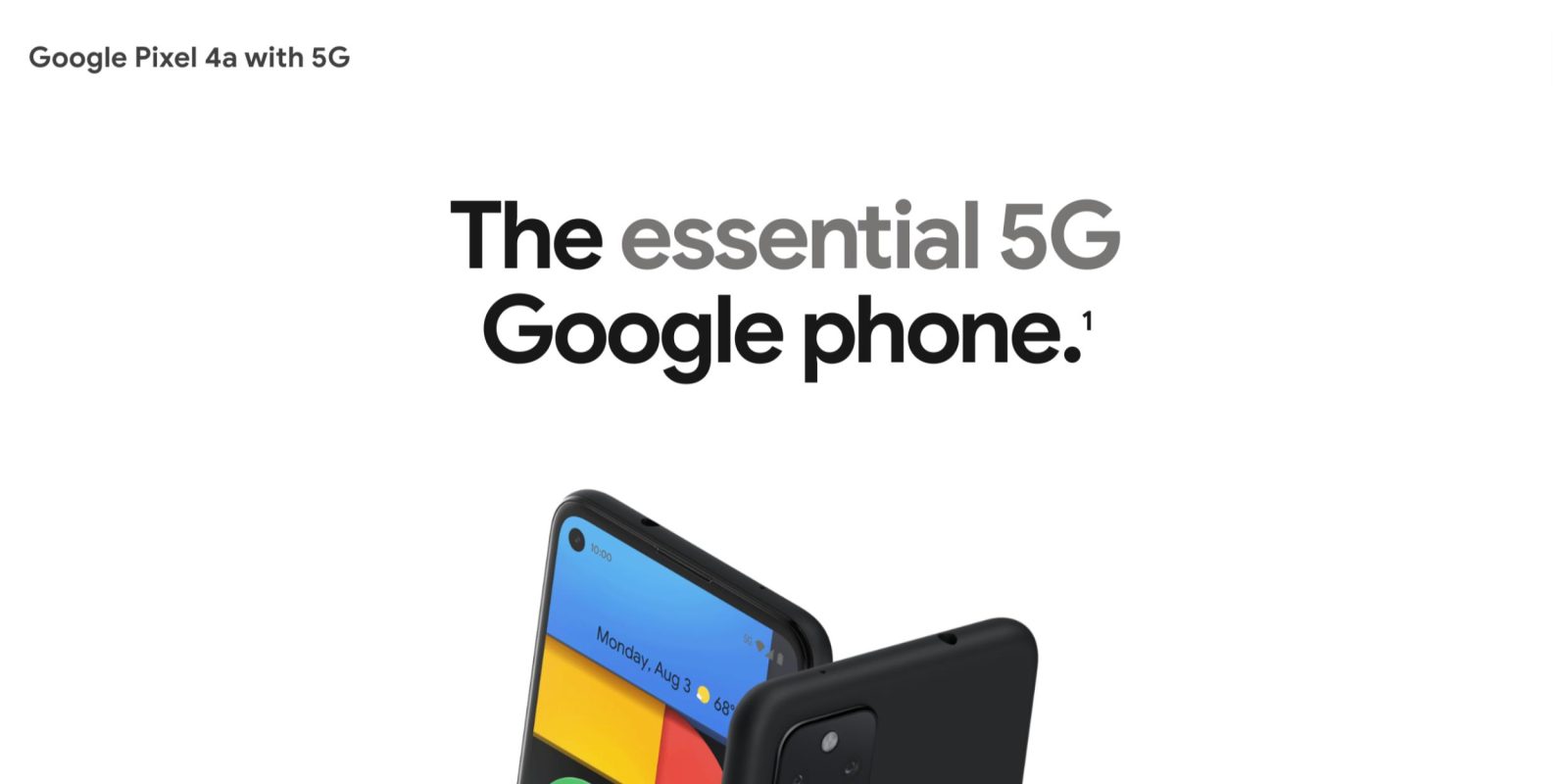 With the Pixel 5 officially launching in the US and Canada today, the Google Store is rounding out its 2020 phone launches by making the Pixel 4a (5G) available for pre-order in the US.

Update 11/5: Following Japan, Canada, and the US, the Pixel 4a 5G is now available to pre-order in Ireland, France, Germany, and United Kingdom, as well as Australia and Taiwan.

Original 10/29: Until late yesterday, prospective Pixel 4a (5G) — or “Pixel 4a with 5G” — buyers could get on a waitlist on the US and Canadian Google Store. This has now switched to “Pre-order,” with Google Fi and unlocked Pixel 4a 5G models available at $499 in “Just Black.”

The Verizon unit — officially the “Pixel 4a 5G UW” — is $599 given the inclusion of mmWave radios for the carrier’s Ultra Wideband network. You also have the option of purchasing in “Clearly White,” which is an interesting distinction this year.

Google’s middle phone for 2020 has the largest screen at 6.2 inches. There’s a holepunch for the front-facing camera, while there’s only Gorilla Glass 3 (instead of 6). It goes hand-in-hand with the “soft touch polycarbonate unibody.”

The rear camera system is comprised of a 12.2 MP dual-pixel and 16MP ultrawide. It has all the same features as the Pixel 5, including Cinematic Pan.

This device launched in Japan on October 15, and will be available in eight other countries “starting in November.” Those countries are still on the “Join waiting list” option.