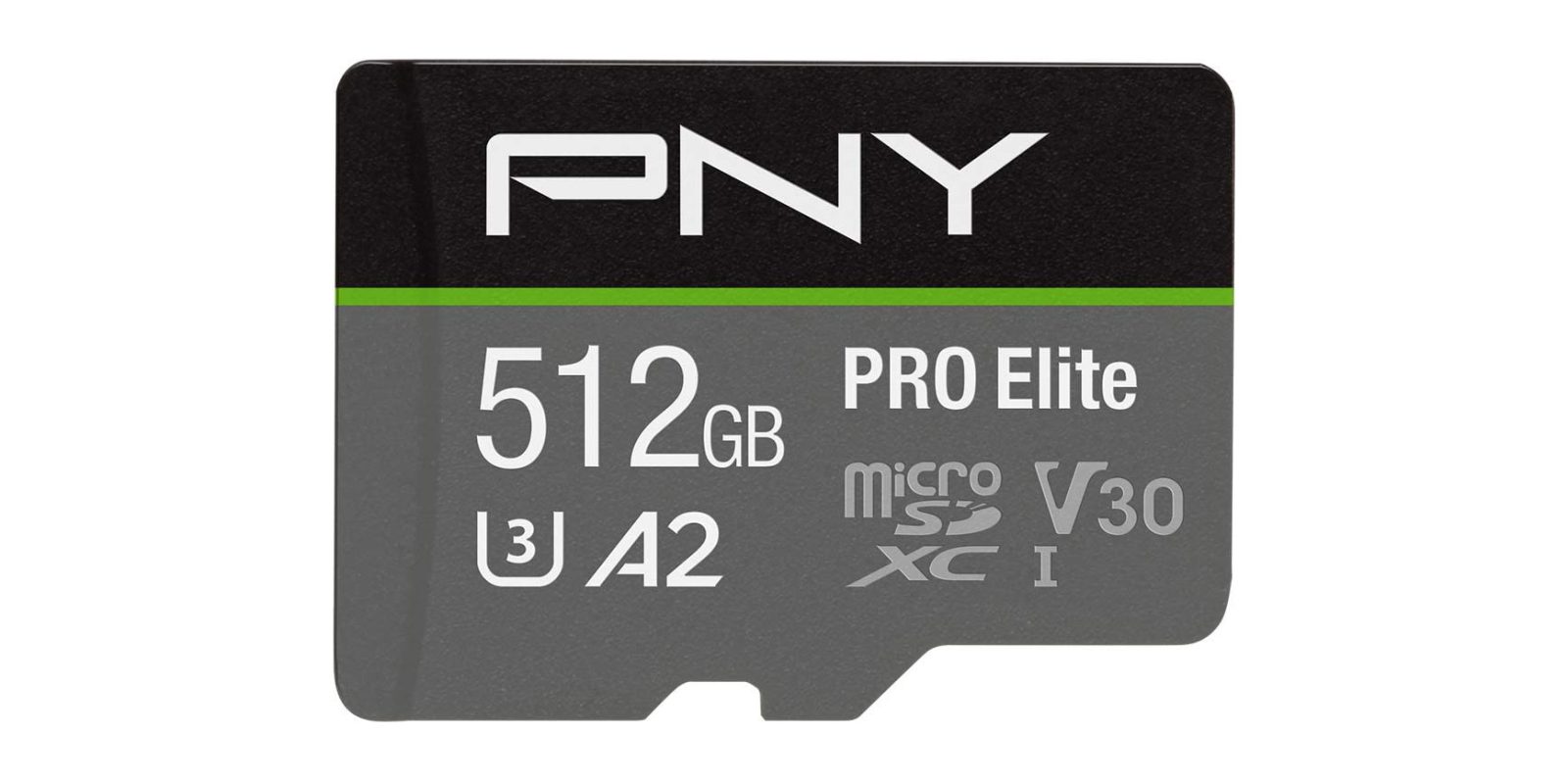 Today’s best deals include PNY storage and more from $12, plus the Samsung Galaxy Tab S6, and LG’s latest 4K TVs. Head below for all that and more in today’s 9to5Toys Lunch Break.

Amazon is offering up to 30% off storage from Seagate, Western Digital, and more. Deals start at $12. Our top pick is the PNY 512GB PRO Elite microSDXC card for $75. As a comparison, it typically goes for around $90 with today’s deal marking the second-best we’ve seen in 2020. PNY’s Elite line of microSDXC cards deliver up to 95MB/s read speed and up to 90MB/s write speed. Ships with an SD adapter for added compatibility with various devices. Great for Android smartphones, drones, GoPros, or Nintendo Switch consoles.

Samsung is currently offering its Galaxy Tab S6 10.5-inch Tablet 256GB for $400. Usually fetching $730, today’s offer is $200 under our previous mention for the Amazon low and marks the best we’ve seen to date. You can also score the 128GB model for $320, down from its $650 going rate. With your choice of two storage tiers, Samsung’s Galaxy S6 delivers a 10.5-inch AMOLED screen with a built-in fingerprint reader as well as S-Pen support. There’s also expandable storage thanks to a microSD card slot as well as 2-in-1 DeX software for a desktop experience and more.

Amazon is currently discounting LG’s lineup of NanoCell 85 Series 4K Smart UHDTVs headlined by the 65-inch model at $897. Typically fetching $1,200, today’s offer is good for a 25% discount, beats our previous mention by $150, and marks a new Amazon all-time low. If you have an Xbox Series X or PS5 on the way this week, it’s time to upgrade to a new TV to take advantage of the next-generation graphics. This LG model offers a variable 120Hz refresh rate on top of its 4K HDR panel with local dimming and Dolby Vision. The smart features are headlined by AirPlay 2 and HomeKit, but you’ll also find LG’s webOS built-in alongside Alexa and Assistant control. Four HDMI ports complete the package.

Microsoft is currently offering the unlocked Samsung Galaxy Note 10+ 256GB Android Smartphone for $650. Down from its $1,100 going rate, today’s offer is good for a 41% discount, beats our previous mention for the Amazon low by $150, and marks a new all-time low. Note 10+ delivers a 6.8-inch display complemented by all-day battery life and a triple camera array comprised of 12MP wide, 12MP 2x zoom, and 16MP ultra wide sensors. There’s also an included S-Pen that lets you take notes and accomplish other creative tasks, alongside acting as a remote camera shutter. Learn more in our hands-on review.

Amazon currently offers the HP Chromebook 14a GHz/4GB/32GB for $250. Down from its $300 going rate, today’s offer is only the third time we’ve seen it on sale and matches the second-best price to date. Centered around a 14-inch display, this Chromebook packs 4GB of RAM as well as 32GB of onboard SSD storage. It boasts up to 13-hours of battery life per charge and features two built-in USB-C ports, a B&O sound system, and more. There’s also a USB 3.0 port for connecting legacy devices, as well. Shop more early Black Friday Chromebook deals from $169.