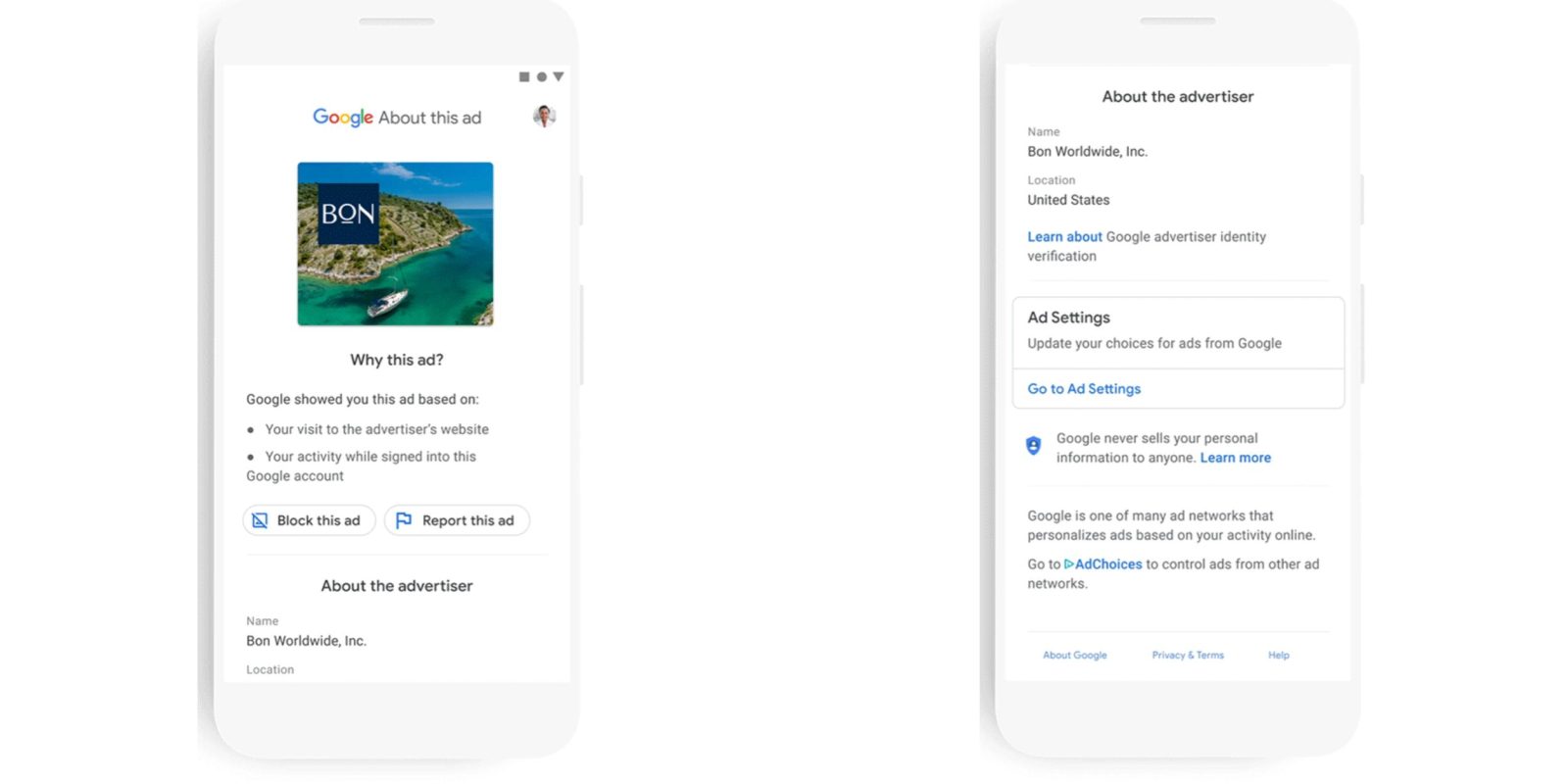 Back in July, Google announced some updates and upcoming features for the “Why this ad” panel. Its tweaked replacement, “About this ad,” is now launching and rolling out on Google Ads and Display & Video 360.

“People want information on the ads they see as well as the ability to report ads that are not suited to them. About this Ad provides improved ads transparency and a singular experience for users across devices. We’re launching this across Google Ads and DV360, and look forward to bringing this new UI to other ad surfaces in early 2021.”

Like before, it can be accessed by tapping the “AdChoices” triangle in the top-right corner. Now called “About this ad,” the first section is “Why this ad?” with bullet points explaining what the ad is based on.

Immediately underneath are two prominent buttons to “Stop seeing this ad” and “Report this ad.” The latter option is identically worded today, but the former is somewhat more straightforward about blocking.

This redesign comes as Google plans to also add advertiser and identity verification disclosures. This will include the name and location of the party advertising to you, with “About the advertiser” launching next year.

The last part of this page is a link to your Google Ad Settings. About this ad is rolling out now, and will be available across other ad surfaces early next year.