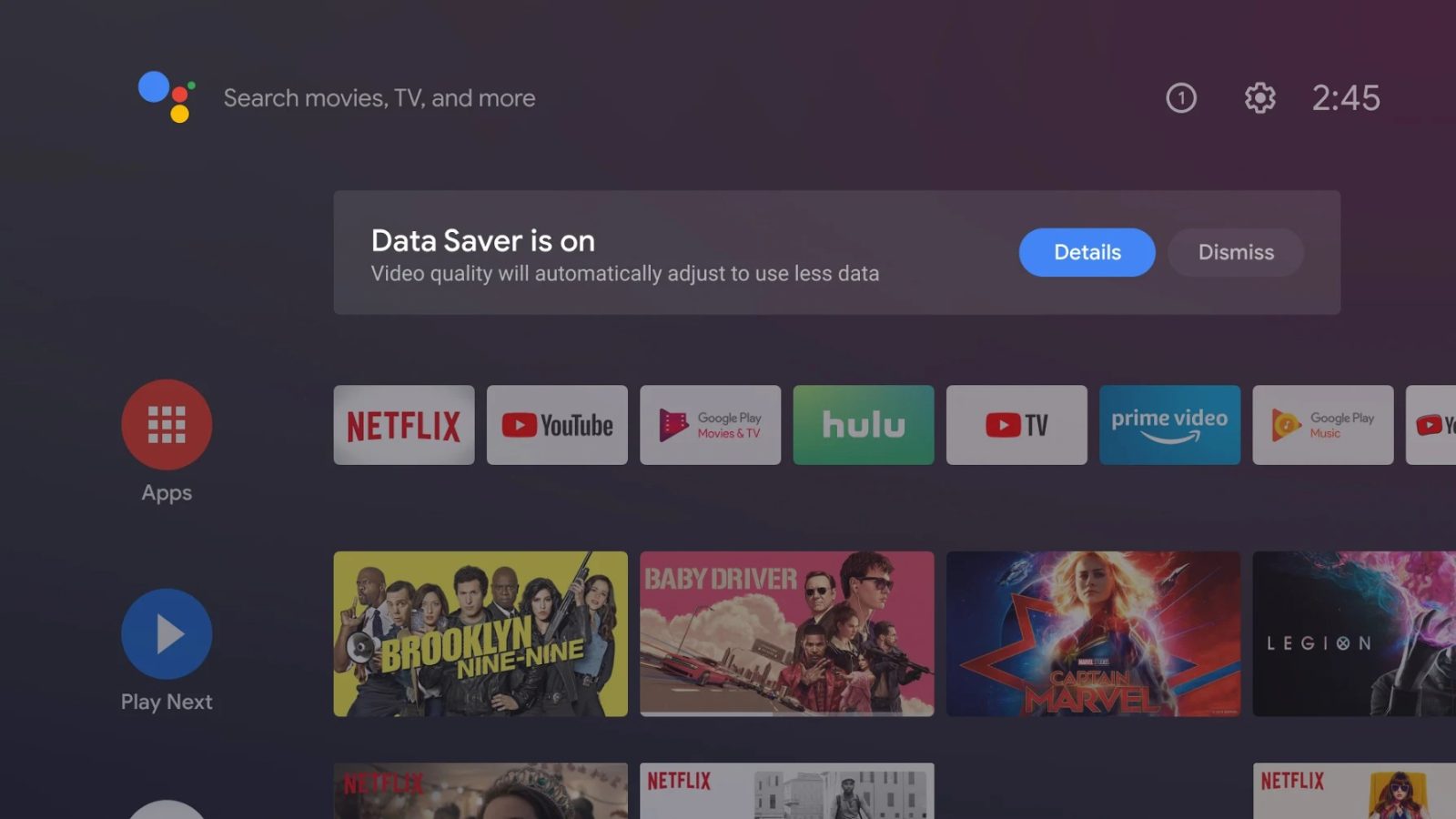 When this data saver app is used on Android TV devices, it automatically adjusts video quality to use less data. This is especially handy for using a TV that’s connected to a hotspot, such as an Android TV projector. The feature can also toss up a pop-up message when your TV has hit a certain amount of data usage. You can get notifications for every 100MB, 500MB, or 1GB of data used by your TV.

Unfortunately, while the app can be installed on Android TV devices in the US and the UK — that’s all we’ve been able to test so far — and does properly appear in the Settings app, it doesn’t appear to be working properly. I tested the device on a Chromecast with Google TV as well as a JBL Link Bar, but neither device could actually turn on the setting. Even when I switched the Link Bar over to a mobile hotspot from my Galaxy Z Fold 2, the feature still couldn’t fully activate.

You can now install Android TV Data Saver from the Google Play Store.