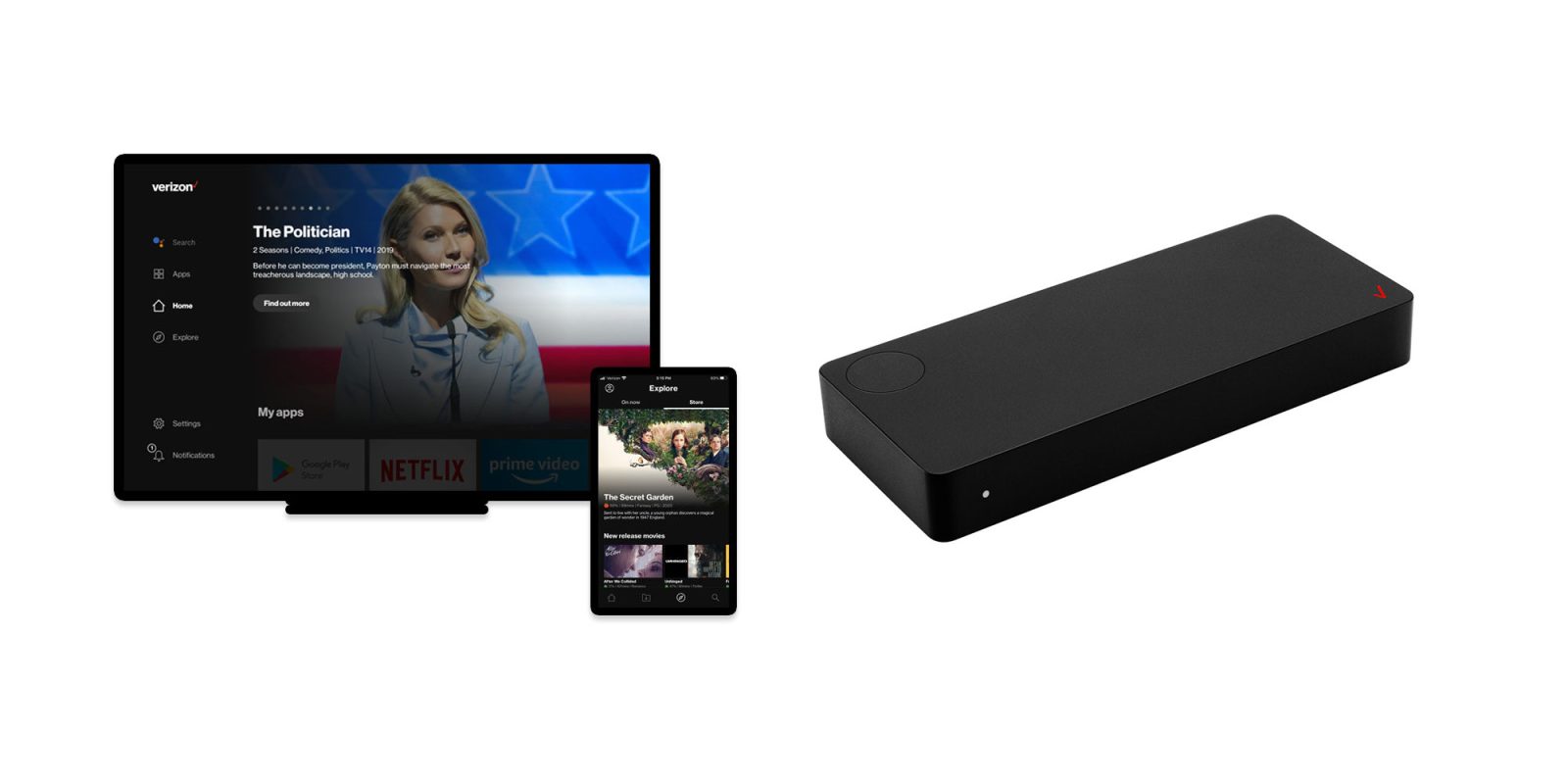 Verizon is today launching a new set-top box for its customers based on Google’s Android TV. The Verizon Stream TV, second-generation, is available starting today with new software, an updated design, and a slick feature.

In terms of hardware, the new Verizon Stream TV is still a set-top box just like the previous generation, not a dongle that plugs into and holds behind your TV like Google’s Chromecast. There is a wall mount included in the box, though. The included remote features dedicated buttons for playback controls, a full number pad, and shortcuts for Google Assistant and your apps. A neat addition to the device is also a physical button on the box, which will cause the remote to ring to help you find it.

Stream TV supports 4K output and most popular streaming apps, such as Netflix, Disney+, Prime Video, and more. Google Assistant is also supported, and renting/buying movies can be billed through your Verizon account if you’re a customer.

A big part of Android TV’s growth over the past year has been thanks to the operator tier, which allows for further customization. That’s what makes the Stream TV’s heavily-skinned new UI possible. That skin completely redesigns the Android TV homescreen while retaining content recommendations at the top and apps directly below. It’s a slick design but obviously a major departure from what Google offers to its customers. Notably, Verizon will be bringing this UI to the old Stream TV soon.

One notable feature of the new Stream TV is that it’s the first Android TV box with the Amlogic S905X4. That means it’s capable of decoding the AV1 codec, which is mandatory on new Android TV devices. Given more Google services, including Stadia, are adopting that tech, this is great news.

Verizon Stream TV is available for $69.99 to everyone. You don’t need to be a Verizon customer to use it. If you’re a new Verizon Fios or 5G Home customer, though, you can get a free Stream TV with your service/installation.