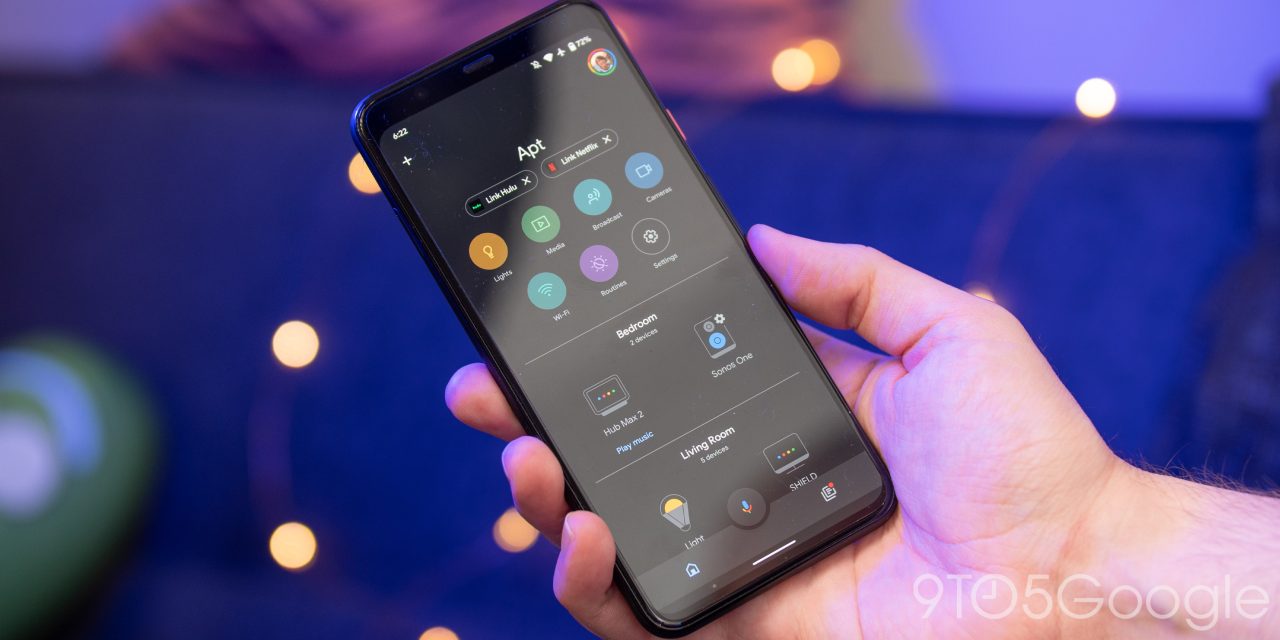 Back in September, the Home app lost the ability to trigger Assistant Routines. Google Home 2.31 today returns that capability, while there’s a big revamp to media controls.

Update 11/20: A small tweak to the lighting pane — which was introduced in March — sees Google switch from on/off buttons for every room to toggles that actually reflect the current state. Under each grouping, the Home app now notes how many fixtures are being controlled.

This change helps make the screen look less crowded, but does shrink the touch target. It also lets the central “All” switch, which still uses off/on, stand apart at the top. In the past, users might have confused it for an individual item.

The sheet is only visible if you have multiple lights. If only one device is available, users are taken directly to the full controller view. Google Home 2.31 is now widely rolled out on Android and iOS.

Original 11/17: A few weeks ago, Google rolled out a new fullscreen Routines page that opened after tapping the purple shortcut at the top of the Home app. “Personal Routines” can be viewed and customized, while new ones can be created but nothing else.

Version 2.31 today adds a play button to the right of every listed Routine. At the very bottom of the list is “Start Your Routines On,” with users able to select a “default speaker for routines that contain actions that execute on speakers.”

The default is “this device,” or your phone, with Smart Displays, speakers, and pairs all listed. Google Home remembers your last selection for faster invocations.

Next up in this release is a complete redesign of Media controls in the Google Home app. Instead of a carousel of tall cards, there is now a list of what’s playing. The scrubber, play/pause, rewind/forward, and volume are up first, while the list of “Playing on,” which allows for spontaneous speaker group creation, is always listed. This is a much more efficient UI for media controls.

Elsewhere, Wifi settings in Google Home 2.31 adds a new “Preferred activities” menu where Gaming/Stadia is included. The fact this is a menu instead of just a toggle suggests Google could be adding more device prioritization options going forward.

Version 2.31 of the Google Home app is rolling out now on the Play Store.