You can watch 21 James Bond movies for free on YouTube 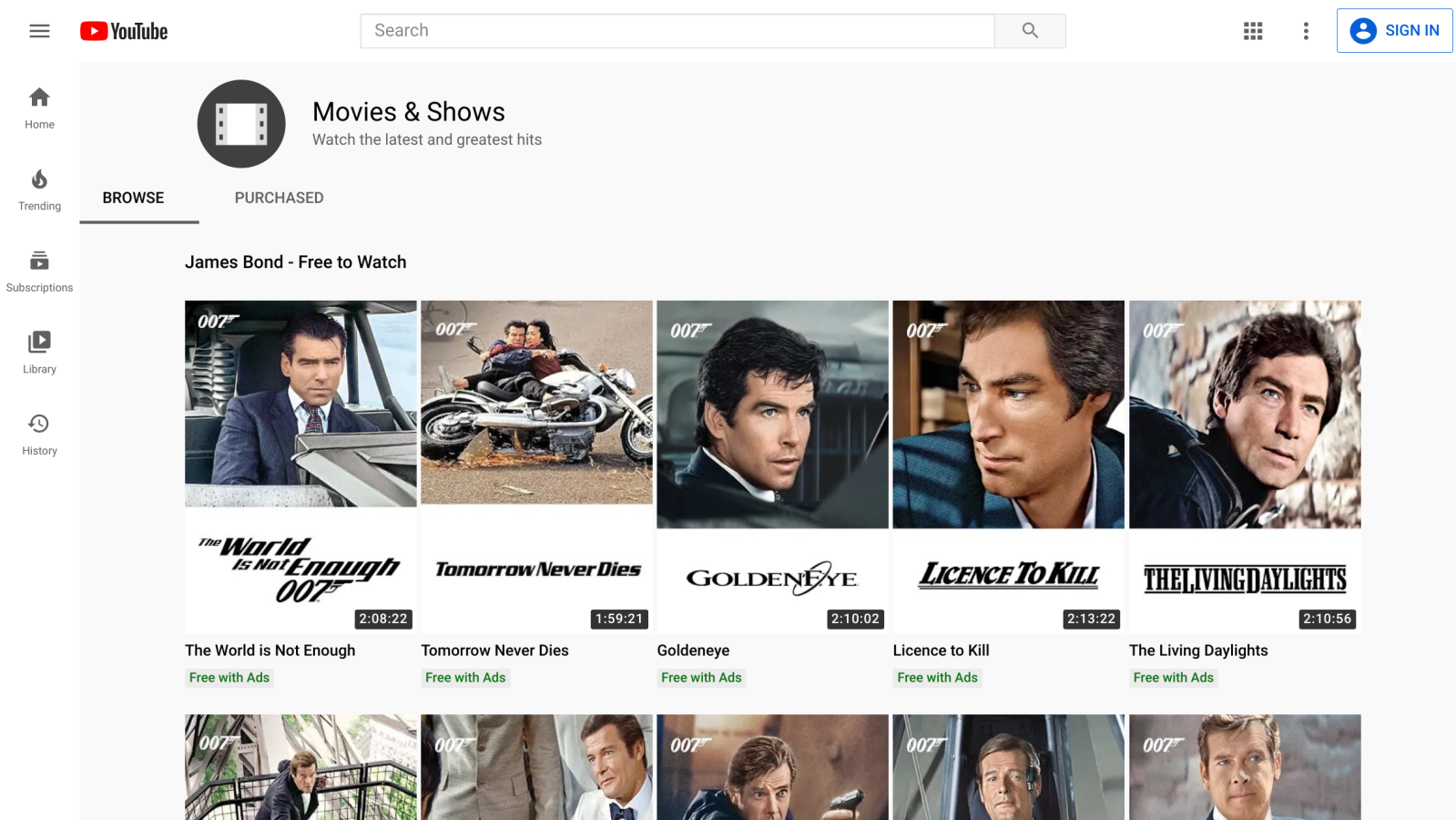 Back in 2018, Google’s main video service started offering ad-supported films that anybody can stream. YouTube is now expanding that catalog by making the first 21 James Bond films available to watch for free this month in the US.

Announced earlier this week, the selection ranges from Sean Connery to Pierce Brosnan. The latter actor’s Die Another Day from 2002 is excluded, along with the four latest Daniel Craig titles and 1967’s parody film Casino Royale — not to be confused with the 1954 and 2006 films also titled Casino Royale. YouTube has included a documentary, as well as the two non-Eon films.

The James Bond movies will be available to watch for the entirety of December and feature ads except for those that subscribe to YouTube Premium.

On the web, you can access directly at youtube.com/watchbond, or navigate to the “Movies & Shows” tab on living room devices. Similarly, users can navigate to the “Library” tab on Android and iOS. The recently revamped “Your movies and shows” section shows everything that’s available on YouTube.