YouTube Music rolling out a straightforward ‘2020 Year in Review’ playlist 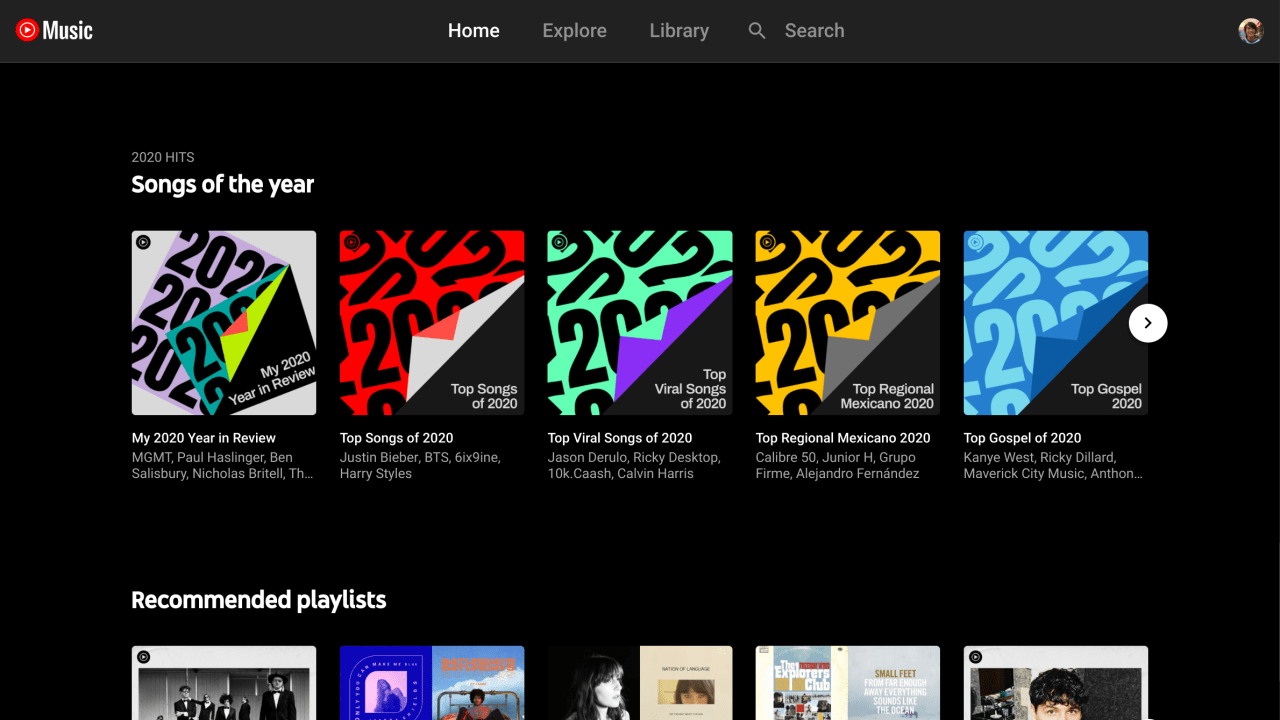 Following Spotify Wrapped and Apple Music Replay, YouTube Music’s 2020 Year in Review is officially rolling out today. It’s a relatively straightforward playlist featuring the “songs you listened to the most this year.”

“My 2020 Year in Review” will appear under a “Songs of the year” carousel in YouTube Music’s main Home feed. There’s a preview of the artists included, with users able to save the playlist to their library. You can also download for offline playback, but you cannot share it.

The number of songs included varies around 90 to 100. It’s not stated whether the tracks are ranked based on frequency, but that appears to be the case in my playlist.

Compared to Spotify Wrapped, it’s quite basic and lacks any stats or the ability to share fun graphics to Instagram/Snapchat, though we spotted that feature in development. It’s also not as full-featured as Apple Music Replay with basic artist breakdowns.

Nevertheless, it’s an improvement from nothing in previous years and hopefully the YouTube Music team will continue to iterate moving forward.

Google confirmed to us that it’s beginning to roll out to all users starting today. You might encounter the 2020 hits section first, but more and more users are starting to see the Year in Review at the very left.