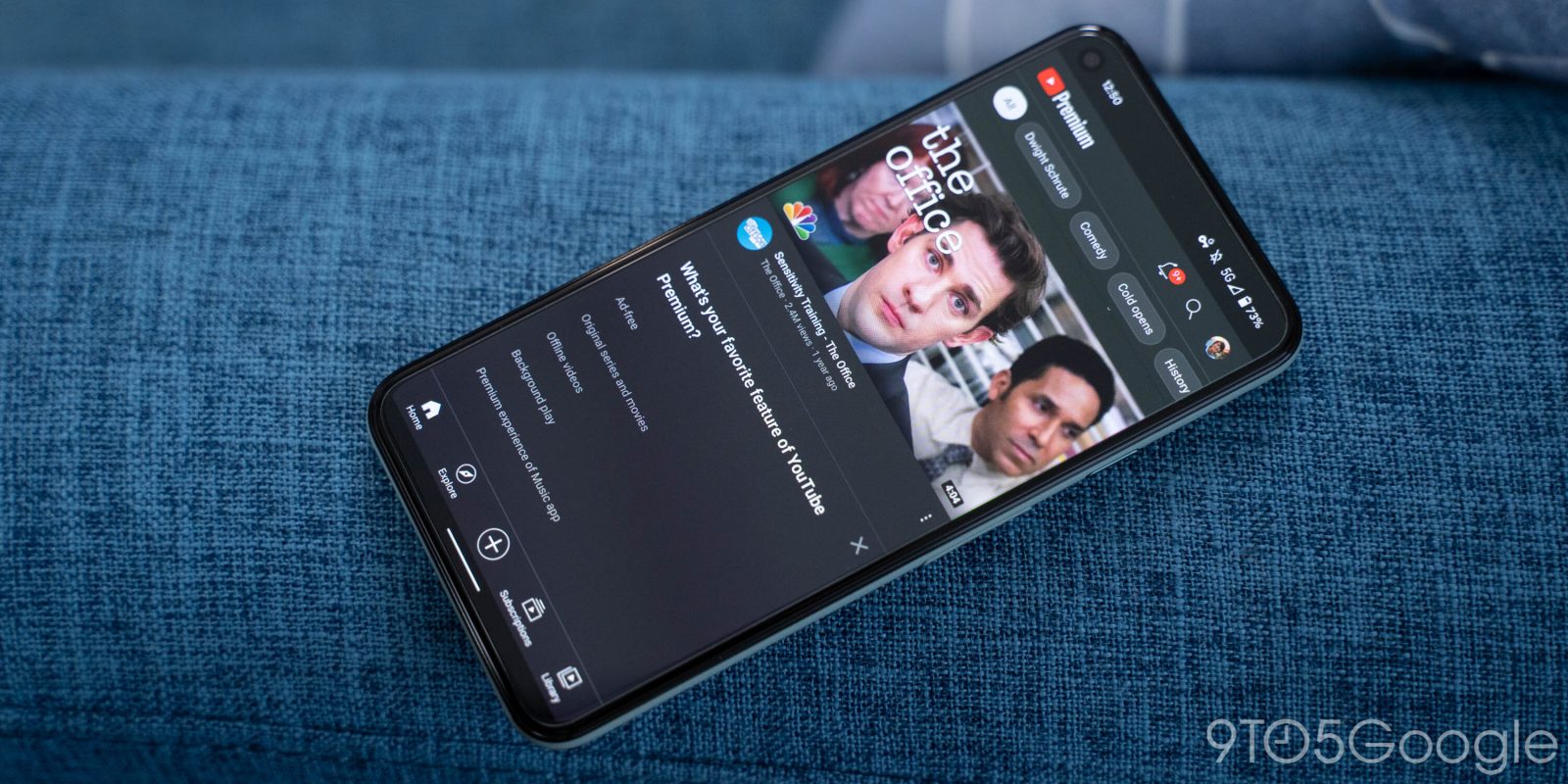 YouTube Premium — previously “Red” — has remained relatively unchanged for the past few years. Google is now surveying subscribers in the YouTube app on their favorite Premium feature.

The main YouTube app today features a rather prominent message just above the bottom bar asking: “What’s your favorite feature of YouTube Premium?” Tapping slides up a sheet with five options. You can only select one:

Being able to watch video without advertising dates back to when the service was called YouTube Red. This perk, under its predecessor “Music Key,” use to only be for songs, but Google greatly expanded the scope during a 2015 revamp. It also helps content creators.

In terms of original programming, Google has moved on from prestige television to offering more content by YouTube Creators. Offline playback is useful for those with poor connectivity, while background play lets you just listen to the audio of videos. Lastly, Google advertises the YouTube Music premium experience.

Not mentioned is the various short-term promotions that give away Nest Mini speakers and Stadia.

The subscription is not necessarily in need of a revamp, but there has been the long-running request stateside that it be bundled with YouTube TV. Back in October, Google revealed that it has 30 million paying Music/Premium subscribers.