These are the best Chromebooks [Late 2020] 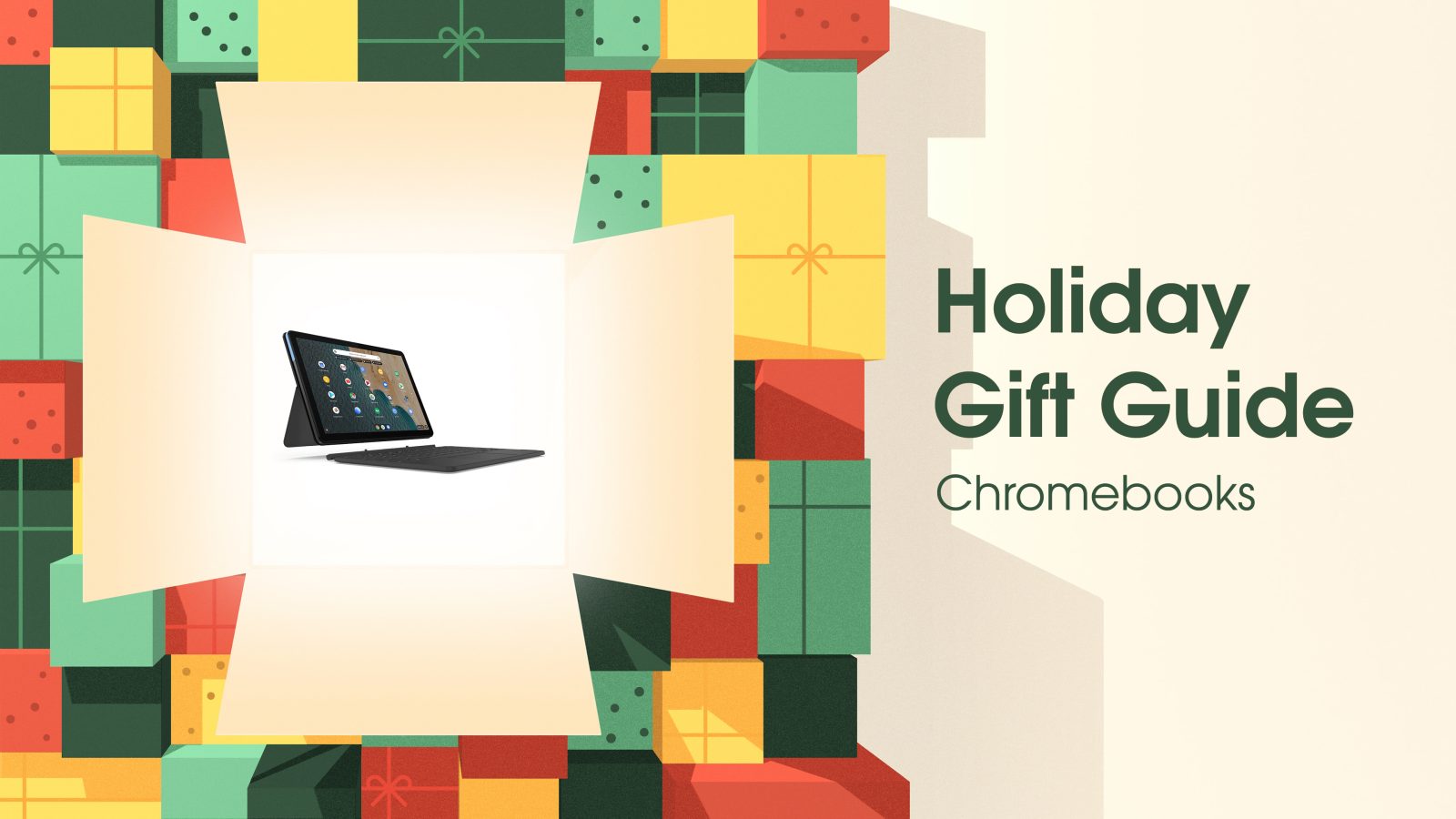 This year has marked a fantastic step forward for Chromebooks of all budgets, and just in time for the holiday season, we’ve rounded up the best Chromebooks that you can buy for yourself or give to others.

The best Chrome OS tablet for most

Over the past few years, with Chromebooks gaining the ability to run Android apps side-by-side with Linux and Web apps, companies have begun moving away from making Android tablets toward making Chrome OS tablets. While there have certainly been premium Chrome OS tablets, like 2018’s Pixel Slate, for most people, the best tablet is the Lenovo Chromebook Duet.

With the Chromebook Duet, Lenovo has found the perfect blend of performance compromises to deliver a solid experience for a retail price of $289. Where Lenovo did not compromise is in the Chromebook Duet’s display. For your media streaming needs, the Chromebook Duet features a 10-inch 1920×1200 display — which is also compatible with the Universal Stylus Initiative — as well as a surprisingly powerful set of speakers.

In addition to being a tablet, the Lenovo Chromebook Duet comes bundled with a free keyboard cover and rear kickstand cover, which work together to make a laptop-like experience when you need it.

No two ways about it, the Lenovo Chromebook Duet offers the best bang for your buck of any Chrome OS device on the market today. Unless you’re a developer or a web power user who requires the performance of an Intel/AMD processor or you simply need something with better lapability, the Lenovo IdeaPad Duet is the Chromebook we would recommend for most people.

The base model IdeaPad Duet comes with only 64GB of storage but carries a lower retail price of $289. This model is primarily available from Amazon. Meanwhile, the higher model with 128GB of storage, which we strongly recommend, retails for just $299. You can get this 128GB Lenovo Chromebook Duet from Best Buy, having recently been seen as low as $229.

The best for developers & power users

Over the last few years, the demand for a high-end Chromebook has steadily increased, between web apps becoming more capable and power-hungry, along with Chrome OS getting support for Linux apps, including Android Studio. For 2020, the device we most recommend for those who want to get things done on Chrome OS is the Acer Chromebook Spin 713.

Like many other high-end and upper-mid-range Chromebooks that released this year, the Acer Spin 713 packs the latest 10th-gen Intel Core i5 processor and 8GB of RAM. What really sets this Chromebook apart is the inclusion of a proper NVMe solid state drive, which makes all aspects of Chrome OS feel noticeably faster and should be helpful for developers in getting their apps built quickly.

While there are plenty of Chromebooks that are more expensive than the Acer Spin 713 — such as the highest model of Google Pixelbook Go as well as the Samsung Galaxy Chromebook — this device manages to hit all of the right notes for power users and developers while coming in at the incredibly reasonable retail price of $629. However, though the Acer Spin 713 may be a fantastic device for developers, it’s a bit overkill in some areas and lacks some of the niceties the average person may expect from a new Chromebook.

You can buy the Acer Chromebook Spin 713 from Amazon, Best Buy, or direct from Acer.

With the Lenovo Flex 5 Chromebook, Lenovo has managed to capture some of the best parts of the design of expensive devices like the Macbook Pro and the Google Pixelbook Go and distill them into a sub-$500 device. This is most noticeable in the top-facing speakers, which offer better sound than you can find in most Chromebooks, especially in the price range.

As implied by the “Flex” name, the Lenovo Flex 5 Chromebook is indeed a convertible, meaning it can work as a laptop, tablet, or stand it in a triangular tent or presentation mode. To complement the tablet usage, the Flex 5 has full USI stylus support.

The Lenovo Chromebook Flex 5 is equipped with an Intel Core i3 processor, 4GB of RAM, and 64GB of storage space, further expandable via a microSD card slot. It also comes with a simple 13.3-inch 1920×1080 touchscreen display. The one thing that holds the Flex 5 back from being our top pick is that mid-range laptops should come with a minimum of 6GB of RAM.

The Lenovo Flex 5 Chromebook retails for $499 and can be bought from Amazon as well as direct from Lenovo.

For years, Chrome OS devices were hailed for their ability to deliver a solid experience on a budget. As proven by the Lenovo Chromebook Duet, this is still very much the case. However, if you’re looking for something a bit more “work ready” in the same price range, the Samsung Chromebook 4 and Chromebook 4+ may just hit the mark.

The smaller of the two is an 11.6-inch clamshell with a 1366×768 screen, while the Chromebook 4+ has a 15.6″ 1920×1080 screen. It’s important to note that both sizes of Samsung Chromebook 4 are clamshell-only, meaning they are traditional laptops that do not fold over to become tablets, nor do they offer any touchscreen capabilities. Both Chromebooks are powered by Intel’s lower-end Celeron processors and 4GB of RAM, which is at least enough to get the job done on a budget.