Grogu from ‘The Mandalorian’ is Google Search’s latest AR object 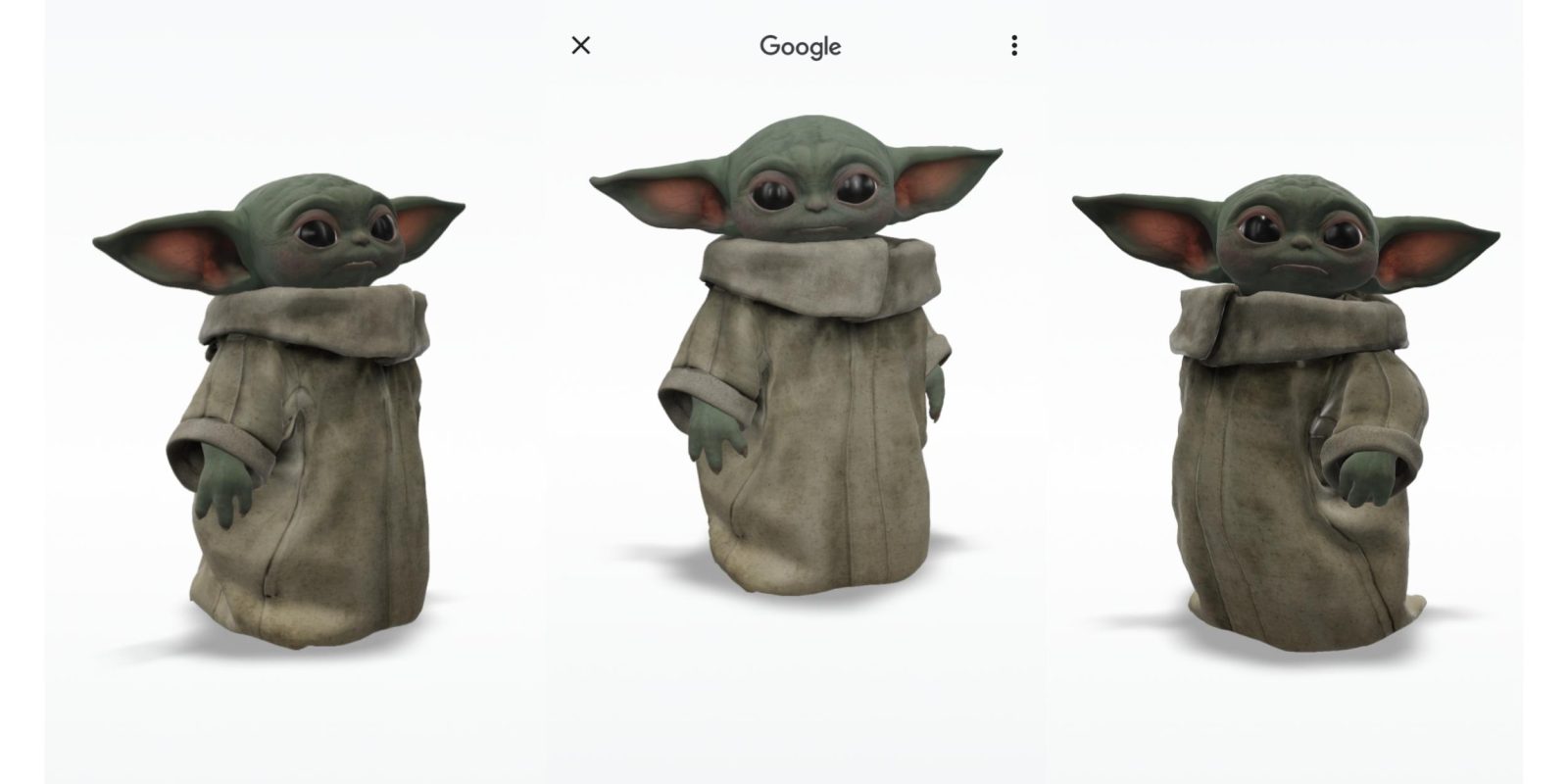 Last week, 50 new AR creatures were introduced to Search for Android and iOS. Google is now making Grogu, previously only known as “The Child,” from The Mandalorian available in Search, joining the long list of 3D animals and objects.

You can look up “Grogu,” “The Child,” or “Baby Yoda” into Google Search on your phone to get a Knowledge Panel for the character. That name was revealed during season 2 of The Mandalorian, which airs its finale on Friday.

Besides the standard image carousel and Wikipedia description, there is a new “See the Child in your space” card with “View in 3D button.” You first get a 3D model that can be zoomed in/out on and rotated that is accompanied by very adorable sounds. These effects just play in a loop and do not respond to anything in particular. It’s complete with blinking eyes, tiling head, and wiggling ears, as well as slight movement.

Of course, the fun is placing The Child “in your space” for fun pictures, videos, and viral moments. Like other 3D Animals, Grogu’s default size matches his actual height in the show. He is available now on most modern Android and iOS devices.

Google has a long history of collaborating with the Star Wars franchise. Mostly recently, it released The Mandalorian AR Experience with Disney and Lucasfilm to provide a “next-generation augmented reality app optimized for 5G devices.”