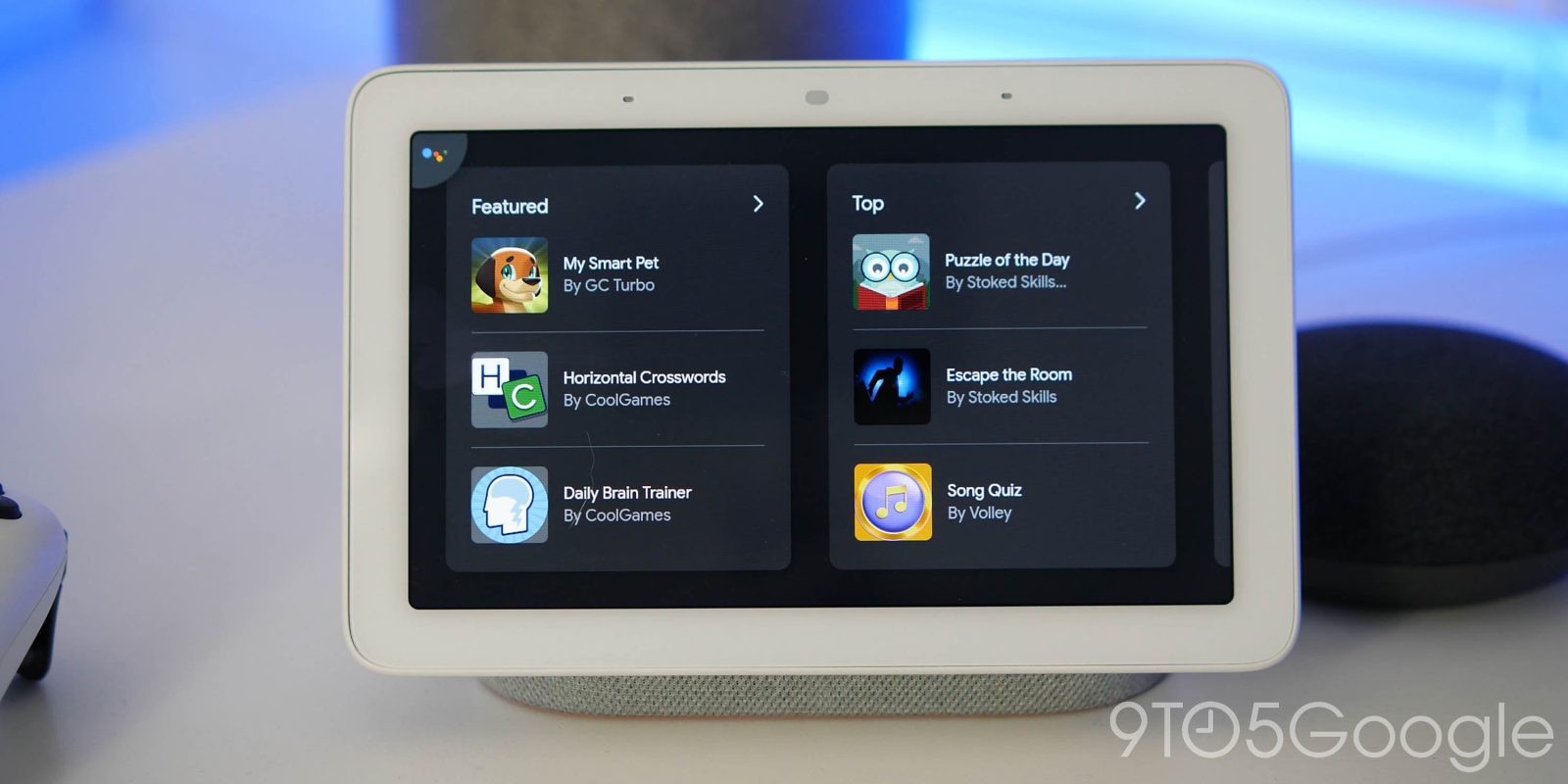 Google has just released a new “Games lobby” that is home to all of your favorite titles, plus another wave of Google Nest Hub and Smart Display games that all take advantage of the smart speaker’s visual capabilities.

Of course, we saw the first wave earlier in the year, with some omissions depending on your global region. The latest cohort includes a number of word challenge and word puzzle games. We guess these might be the best type of games for adults, plus they work well on touch-enabled displays such as those on the Nest Hub, Nest Hub Max, and other Smart Displays.

You may already be aware of the plethora of audio-only games that you can play on Google Nest Hub, Nest Mini, Home Mini, Google Home, smart speaker, and smart displays. Unlike those, these — along with the existing touch-enabled — games use the display to enhance the experience with on-screen hints, clips, videos, and more.

You might also know that mobile gaming behemoth Zynga released its first title for Nest Hub devices over the past few days too, and we’ve included that as Daily Word Wheel is an interesting hybrid of the immensely popular “Words with Friends” but now for smart speakers.

To get started you only need to say: “Hey Google, Let’s Play a Game.” Because the list is growing, you’ll be able to tap and swipe between all of the most popular options, see the new additions, and start playing a game on your Nest Hub in seconds:

We’d wager that the most important new addition is the new section or Games lobby for all of the voice-activated games on your Nest Hub devices. Instead of expecting you to know the entire game library, you can just use the touchscreen to browse the entire availably library. It’s far better, more cohesive, and downright less confusing or stressful when you just want to find a game to play.

So while we’re likely to see a ton of games added to the Games lobby in future, the latest list of new Nest Hub games is rolling out now — this does mean that some in the list below may not be playable as yet on your devices:

Google has confirmed that yet more games are set to join the current selection, meaning that our list is not the most exhaustive but should be correct at the time of publishing.

What is your favorite new Google Nest Hub or Smart Display game? Let us know what you’ve been enjoying down in the comments section below.