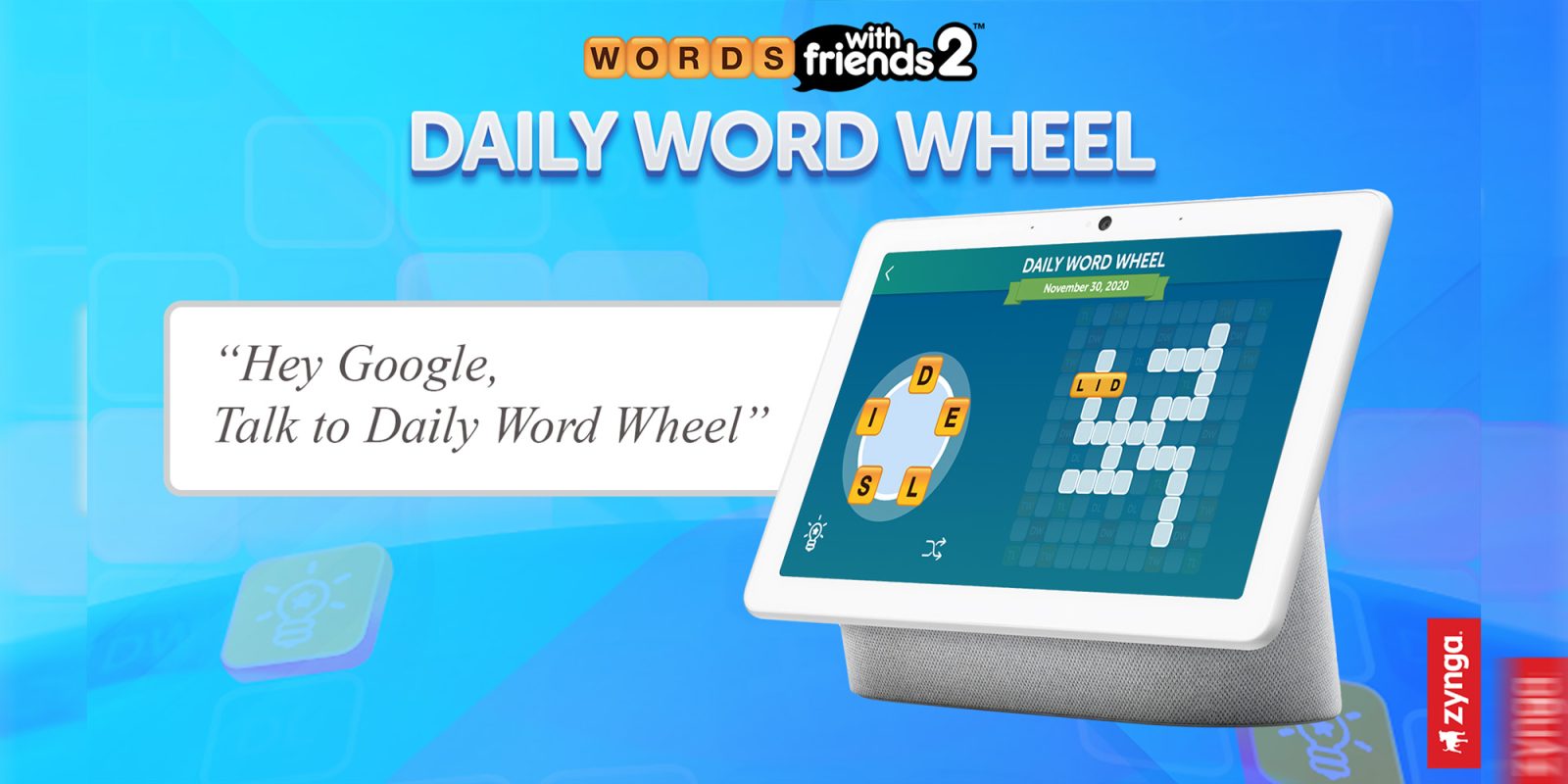 With a number of touch-enhanced games already available for Nest Hub devices, the developers of the popular Words with Friends word puzzle game are set to bring “Daily World Wheel” to Assistant-powered speakers.

Daily Word Wheel is effectively a spin-off of Words with Friends and offers you the ability to tackle word puzzles and conundrums from any of the Nest Hub devices you currently have in your home. The game uses voice commands and the touch screen in tandem:

Daily Word Wheel will offer Google Nest users a new way to bring word puzzles into their everyday lives. Each day, Daily Word Wheel will present players with a new anagram puzzle in the style of Words With Friends. In the game, players are given a five-letter word bank from which they need to create as many word combinations as possible.

To enter words, players can say or spell the words using voice commands on their Google Nest devices or use the touch screen to make word attempts. They can also use voice commands to ask for hints, shuffle the letter bank or receive instructions.

It’s worth noting that this will be the very first Zynga title to come to Google Nest devices in any form. As one of the world’s biggest mobile game developers, this could hopefully see more titles make the jump from mobile to smart home display hardware in the coming months.

No exact release date details were given but Daily Word Wheel is said to be “available soon” according to Zynga. To get started, you can ask your Google Assistant device to “Play Daily Word Wheel” when available.