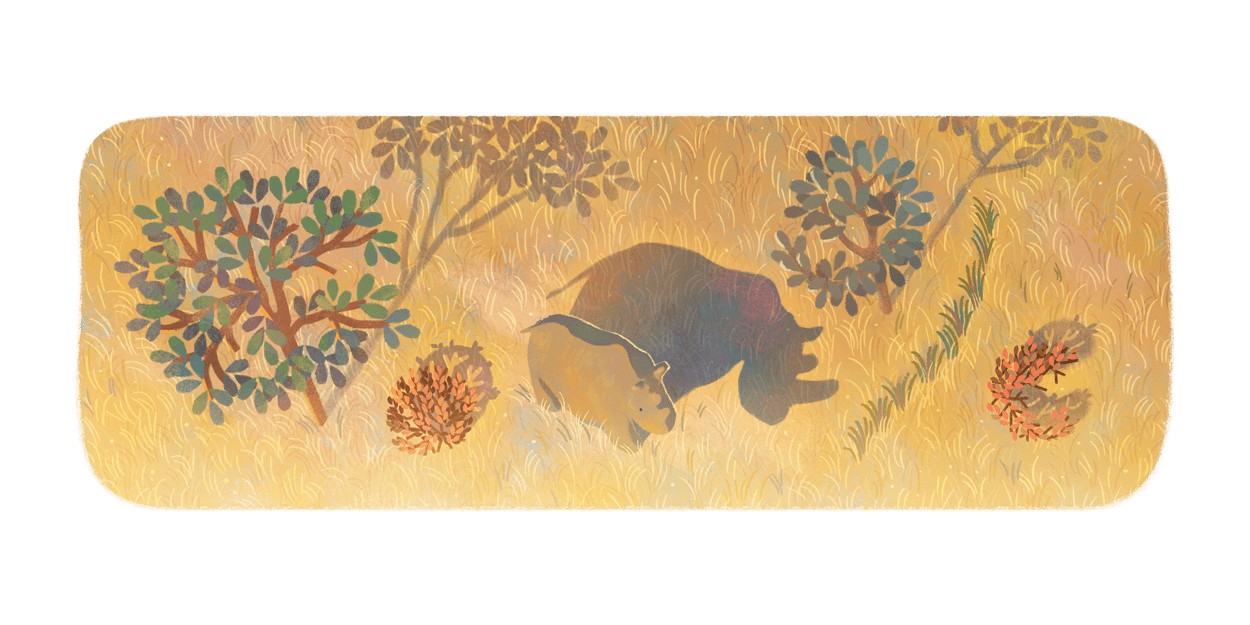 Google has replaced their homepage logo with a breathtaking Doodle honoring the memory of Sudan, the last male northern white rhino.

Today’s Google Doodle is an incredibly impactful piece of artwork, depicting Sudan, a northern white rhino and the last male of his subspecies. Sudan was born in South Sudan sometime in 1973 — possibly as the last northern white rhino to be born in the wild — and taken in by the Dvůr Králové Zoo in 1975.

Even at that time, the northern white rhinoceros was an endangered species with only approximately 500 living in the wild and in captivity. By the end of the 1980s, the population had dwindled down to just fifteen due to poachers, solely hunting the rhinos for their horns.

In an effort to try and encourage the species to repopulate, the Dvůr Králové Zoo and various conservation organizations came to the conclusion that the remaining white rhinos in captivity should be moved from the zoo in the Czech Republic back to Africa. On this day in 2009, Sudan, who at the time was the last fertile male northern white rhino, and the remaining female population were moved to the Ol Pejeta Conservancy in Kenya.

Unfortunately, despite their best efforts, Sudan was unable to sire any calves before his death in 2018, caused by complications of his old age. You can find more of Sudan’s heartbreaking story on Google Arts and Culture, along with incredible pictures of the 5,000 lb “gentle giant.”

Today, there are only two known northern white rhinos, Najin and Fatu, both females, making the species effectively extinct. However, scientists are continuing to experiment with in-vitro fertilization in ongoing attempts to save the northern white rhino. In fact, the Ol Pejeta Conservancy has an ongoing campaign to raise the funds necessary to attempt birthing a northern white rhino through a surrogate.