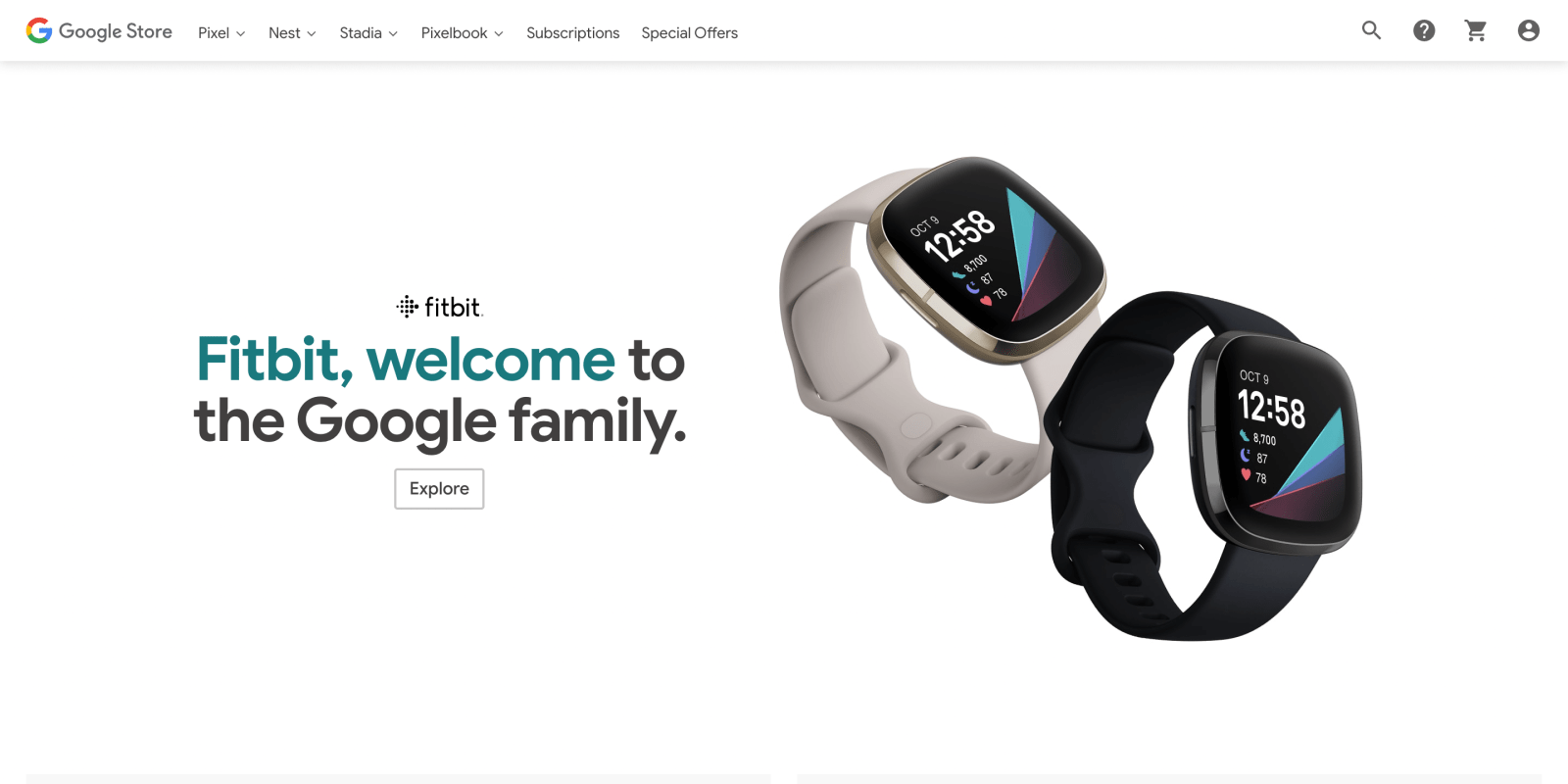 The Google Store serves as both the place to learn about Made by Google and the way to buy products directly. Made by Google is now advertising the Fitbit acquisition with a prominent store link.

Shortly after the acquisition’s closure was announced this morning, all Google Store pages were updated with a dark teal banner. It only appears if you scroll to the very top of the page.

This is a prominent pronouncement for anybody visiting the store. That link takes users to the main Fitbit product page that lists everything from smartwatches and fitness trackers to smart scales. Accessories, like additional bands and replacement chargers, and subscription services also appear here. Lastly, Fitbit has a “gear” section to buy branded track jackets and other clothing.

Meanwhile, underneath fullscreen banners on the Google Store homepage advertising the Pixel 5/4a 5G, Nest Audio, and Chromecast with Google TV, as well as the “all products” carousel, there is another welcome message. This one includes the flagship Fitbit Sense with a second link to “Explore.”

Besides Twitter and Facebook, the Store will be the most notable way Google tells the public that it now owns Fitbit.

It remains to be seen whether the Google Store will start selling Fitbit products as the recently acquired company has been managing a retail site for quite a while. It’s possible that Google will initially just add and sell Fitbit products in a manner similar to third-party accessories. (Another question is whether Fitbit’s help documentation and community will move to Google Support.) If so, it would mark the return of smartwatches to the site following the LG Style and Sport.

One historical precedent is the Nest acquisition. Nest.com for discovering and buying products was shuttered in June 2019 following the announcement a month earlier of the unified “Google Nest” moniker. Fitbit could be sent down a similar road in the long term to better align it under the Made by Google brand.