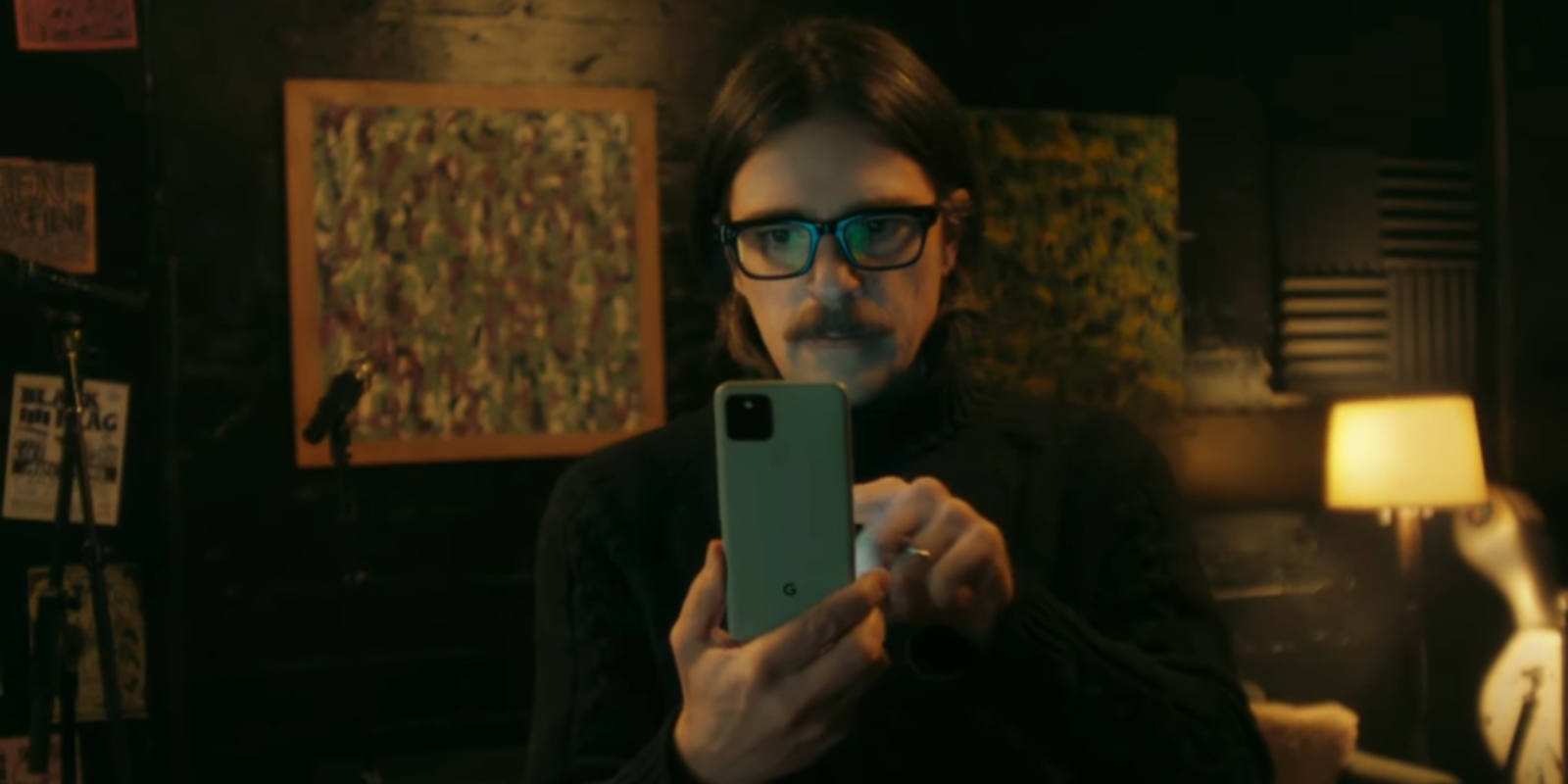 Weezer today released the lead single off their upcoming album, OK Human.  The music video for “All My Favorite Songs” features a surprising number of Google Pixel 5 devices in what’s presumably a promotion.

The first frame of the video is Rivers Cuomo swiping away on a Sorta Sage Pixel 5. A bandmate finally gets him to stop and start filming “All My Favorite Songs.” “Ok Google, record a video” initiates, with the latest Google Camera app clearly visible. The opening moments also feature the new Google Assistant and Pixel Launcher with custom band wallpaper.

About two minutes into the video the Pixel 5 makes another appearance in a pseudo-AR moment. Again the rear of the Made by Google flagship is very clearly shown off, down to the shiny “G” logo on the back.

Toward the end, all Weezer members are shown holding the phone while distractedly playing. That scene contains at least six Pixel phones. This hooked-by-technology motif comes as the upcoming album, available January 29, is “made by a handful of humans using only analog technologies (including a 38-piece orchestra) for all of you humans to consume.”

OK Human was made at a time when humans-playing-instruments was a thing of the past. All we could do is look back on ancient times when humans really mattered and when the dark tech-takeover fantasy didn’t exist.

We used our instruments to connect to the 1960’s and 1970’s and, with the orchestra, back to the 18th and 19th centuries. We had no click track or loops or hi-tech sounds. Not even an electric guitar.

It’s not clear whether Google was involved in furnishing the Pixel 5 devices seen in this new Weezer music video. There is no mention of the company’s involvement in the end credits or YouTube description.

It comes after the Google Photos parody of “Photograph” by Nickelback, an official collaboration released last year, and there was of course the time a Pixel 3 appeared in Avengers: Endgame.