‘Beeper’ app from Pebble founder brings your chat apps into one place, iMessage on Android too 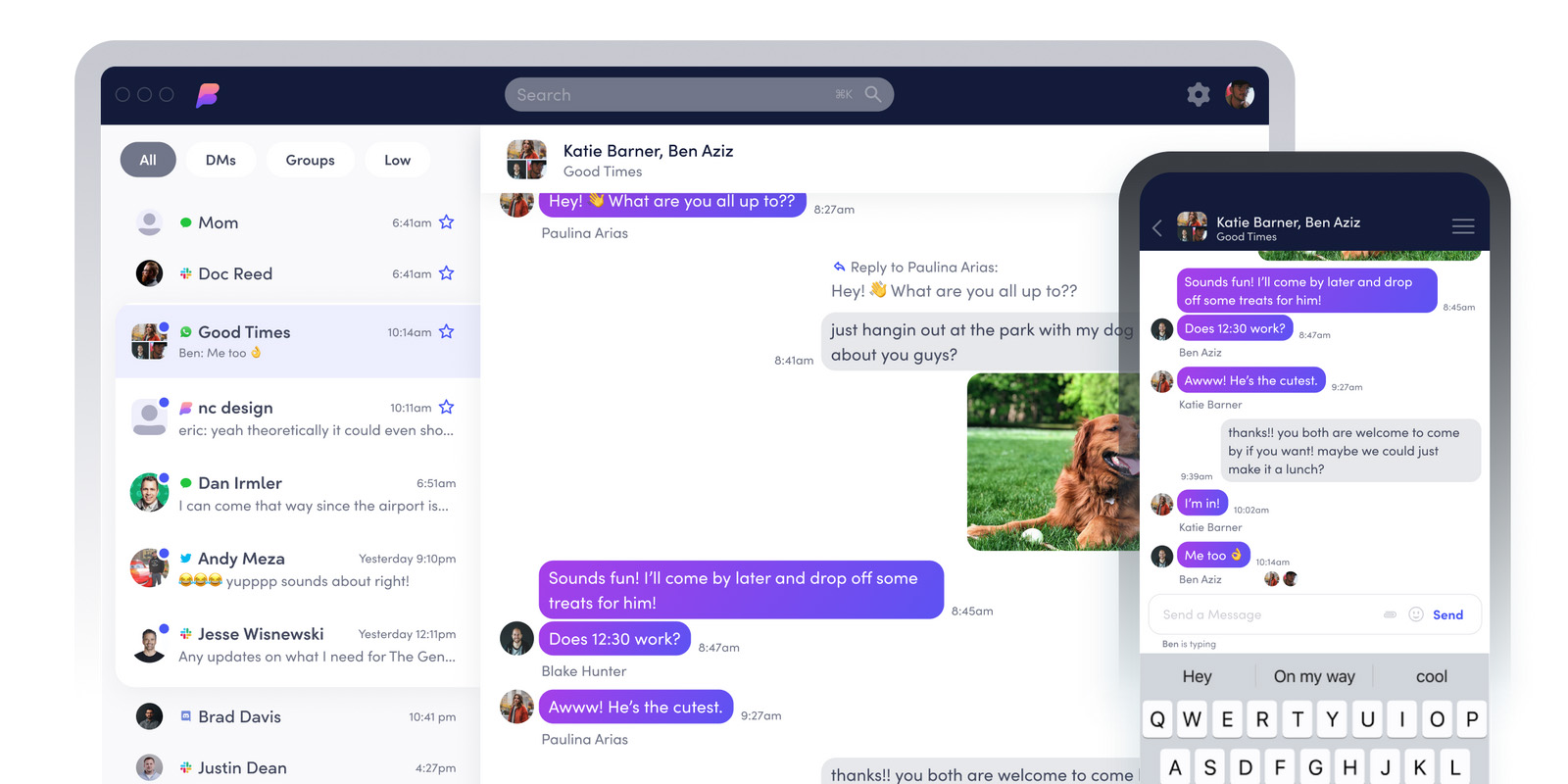 In an effort to bring all of your messaging apps into a single place, Beeper does the heavy lifting and can even bring iMessage to Android and Windows.

Created by the founder of Pebble smartwatches, Eric Migicovsky, Beeper costs $10 a month and does one job. It acts as a central hub for almost every major messaging app that most people use. That includes Telegram, WhatsApp, SMS, Discord, Slack, Facebook Messenger, Google Hangouts, Skype, Signal, IRC, Twitter DMs, and even Apple iMessage. Each app feeds its messages into a single location and you can respond to messages from Beeper, as well as search through every single one of your chats.

Beeper works on all major platforms, too: Windows, Mac, Linux, iOS, and Android. Messages are connected to the app using Matrix, an “open source federated messaging protocol” that acts as a bridge for each messaging client.

The most interesting thing about Beeper is not that it brings all these apps together, but that it also integrates with Apple’s notoriously locked-down iMessage. Officially, iMessage only works on Apple devices, but Beeper uses “some trickery” to bring that information over to Windows and Android devices.

This was a tough one to figure out! Beeper has two ways of enabling Android, Windows and Linux users to use iMessage: we send each user a Jailbroken iPhone with the Beeper app installed which bridges to iMessage, or if they have a Mac that is always connected to the internet, they can install the Beeper Mac app which acts as a bridge. This is not a joke, it really works!

For users who own a Mac, that means leaving the Mac on 24/7 to forward messages over through the app. For users without any Apple hardware, Migicovsky said on Twitter that the plan is to upcycle older iPhones that have been jailbroken to send to paying customers.

Honestly, it sounds pretty good. Having every important message in a single place on all devices is a dream! What’s the catch? Well, there’s one major concern.

Beeper’s website is completely devoid of any information on encryption. iMessage, Telegram, and other apps that Beeper integrates with support end-to-end encryption, and it seems like this app would essentially throw that away to bring the messages to other devices. For some users, that might be alright, but for others it would be a privacy nightmare. Even Beeper’s privacy page lacks a single mention of encryption. The only good news? Matrix says that all of its information is end-to-end encrypted too. That should apply to all of these messages sent through Beeper too.

Right now, this app is still in its very early days. Access will be granted in a queue as slots are made available.