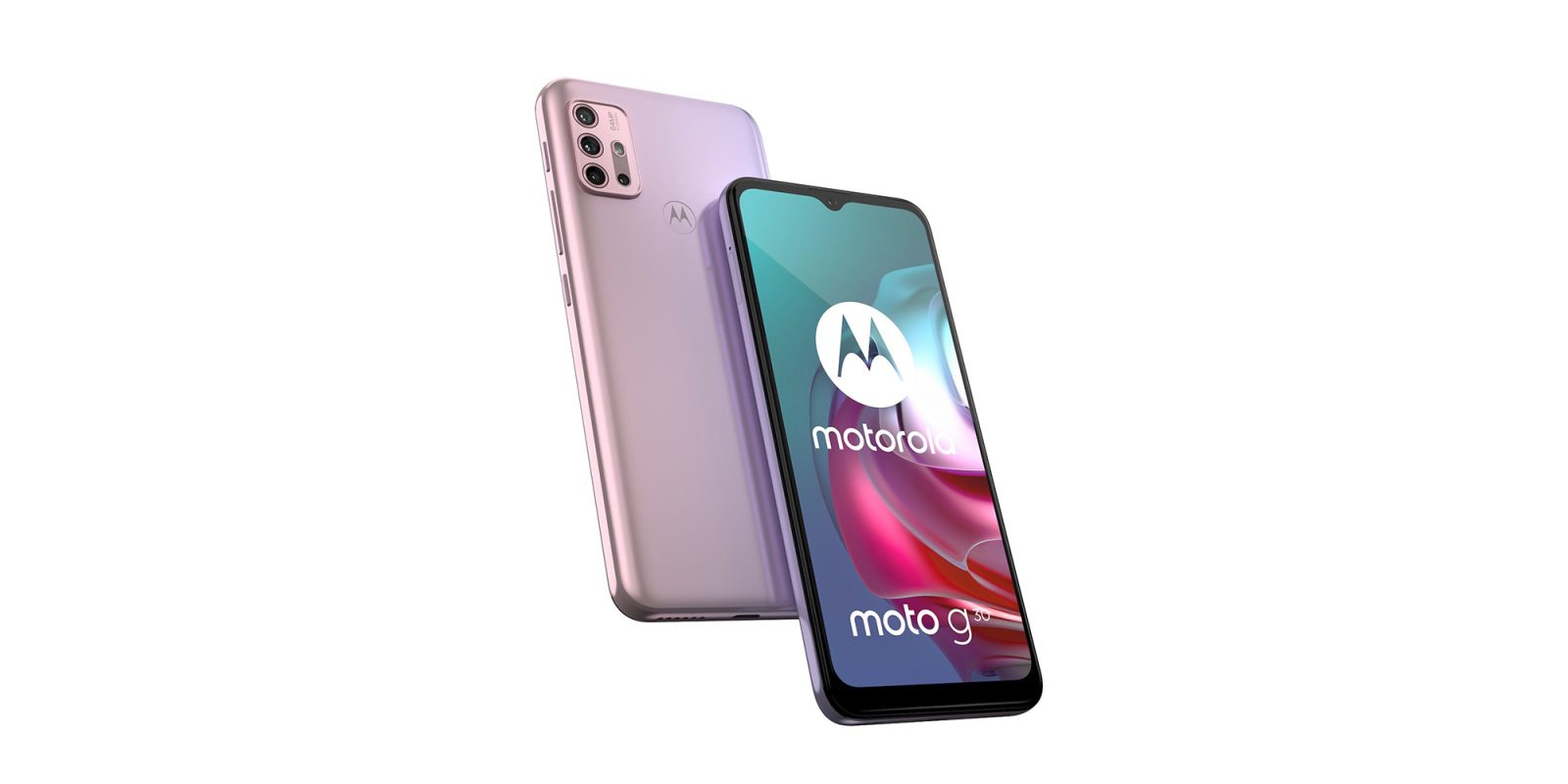 The next wave of affordably focused Motorola devices has arrived with the introduction of the Moto G10 and Moto G30.

With the budget segment now more competitive than ever before, the Moto G10 and G30 are at the start of a new line for the Lenovo-owned firm. Both are set to come to selected European markets in the coming weeks, with the Moto G30 being the slightly more interesting device.

Both devices come with a 6.5-inch IPS LCD display at a 720 x 1,600 pixel resolution. However, the Moto G30 comes with a 90Hz refresh rate and 12-megapixel display notch, while the Moto G10 has a 60Hz panel and lower-resolution selfie shooter.

The internals do differ a little between the Moto G10 and G30, as the G30 packs in the Qualcomm Snapdragon 662, 4 or 6 GB of RAM, and 128 GB of onboard storage. You can pick up a model with dual SIMs, but all models do include microSD card expansion. The battery measures in at a sizeable 5,000mAh and can be topped up at 20W speeds.

The quad camera on the rear utilizes a 64-megapixel main sensor that produces 16-megapixel shots. It is joined by an 8-megapixel ultra-wide-angle, a 2-megapixel macro, and 2-megapixel depth sensor. Video shooting is limited to 1080p at 60fps, which is a shame.

As for the Moto G10, being the understudy to the G30, it comes with even more modest internals. It relies on the Qualcomm Snapdragon 460 chipset, 4 GB of RAM, and 64 or 128 GB of internal storage. It too includes microSD card expansion.

More downgrades are found on the camera setup, with the Moto G10 including a 48-megapixel main sensor, 8-megapixel ultra-wide-angle, 2-megapixel depth and 2-megapixel macro cameras. The selfie camera is also just 8 megapixels compared to 13 megapixels on the G30.

The Moto G10 and G30 also include a 3.5mm headphone port, plus Moto’s signature dimple-hidden rear capacitive fingerprint scanner. There is also a dedicated Google Assistant button on the right side of each chassis. A big bonus is the inclusion of IP52 water and dust resistance-rating, this should save the Moto G10 and G30 from a very minor dunk in water.