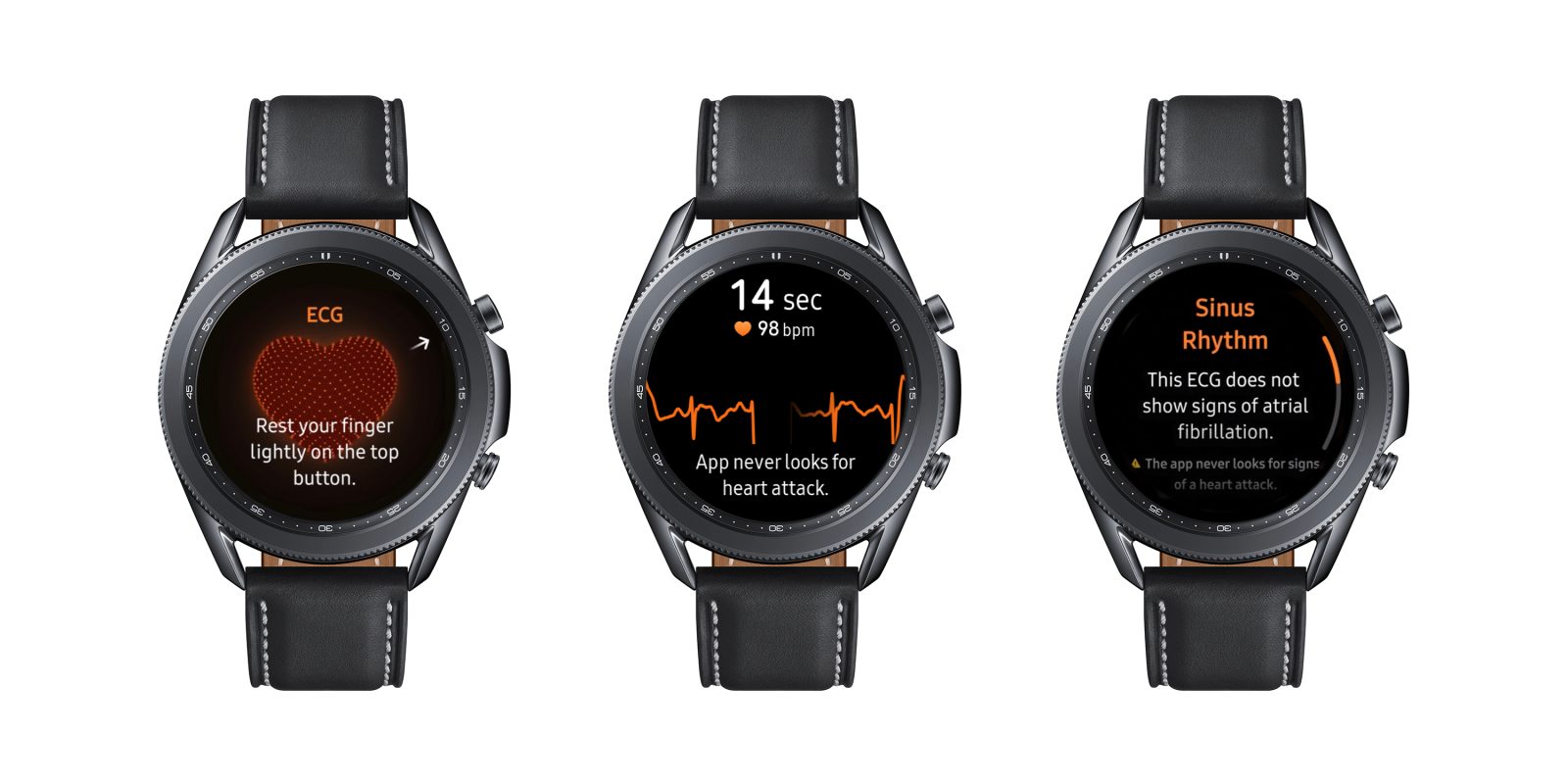 Last year Samsung finally got approval to capture ECG results on two of its smartwatches in select countries, and now that functionality is expanding. Soon, the Galaxy Watch 3 and Samsung Galaxy Watch Active 2 will be able to take ECG and blood pressure readings in over 30 new countries.

Samsung says that in December of last year, it was granted a CE-marking for its Health Monitor app, which is a stamp of approval for a huge list of countries. Specifically, the mark gives Samsung approval in the EU and also the UK with the list of countries including: Austria, Belgium, Bulgaria, Croatia, Czech Republic, Denmark, Estonia, Finland, France, Germany, Greece, Hungary, Iceland, Ireland, Italy, Latvia, Lithuania, the Netherlands, Norway, Poland, Portugal, Romania, Slovakia, Slovenia, Spain, Sweden, Switzerland, and the UK.

Alongside those countries, Samsung has also picked up the needed approvals to roll out support for ECG and blood pressure on Galaxy Watch models in Chile, Indonesia, and the UAE, too.

To take blood pressure and electrocardiogram measurements, users must have the Samsung Health Monitor app installed on both the Galaxy Watch3 or Galaxy Watch Active2 and their Galaxy smartphone. The Samsung Health Monitor app is automatically installed when users update their Galaxy smartwatch to the latest version via the Galaxy Wearable app. The smartwatch app will then open a link, which will direct users to the smartphone app download page in the Galaxy Store app.

Samsung says to expect this functionality in these new countries around February 4. The feature will be enabled on Galaxy Watch 3 and Galaxy Watch Active 2 through an update to the Health Monitor app.

Update 2/22: While Samsung previously said this feature would be arriving in early February, it seems something delayed the wide rollout. According to SamMobile, the needed update for ECG and blood pressure tracking in these new countries is now available to Galaxy Watch 3 and Watch Active 2 users on the Galaxy Store.