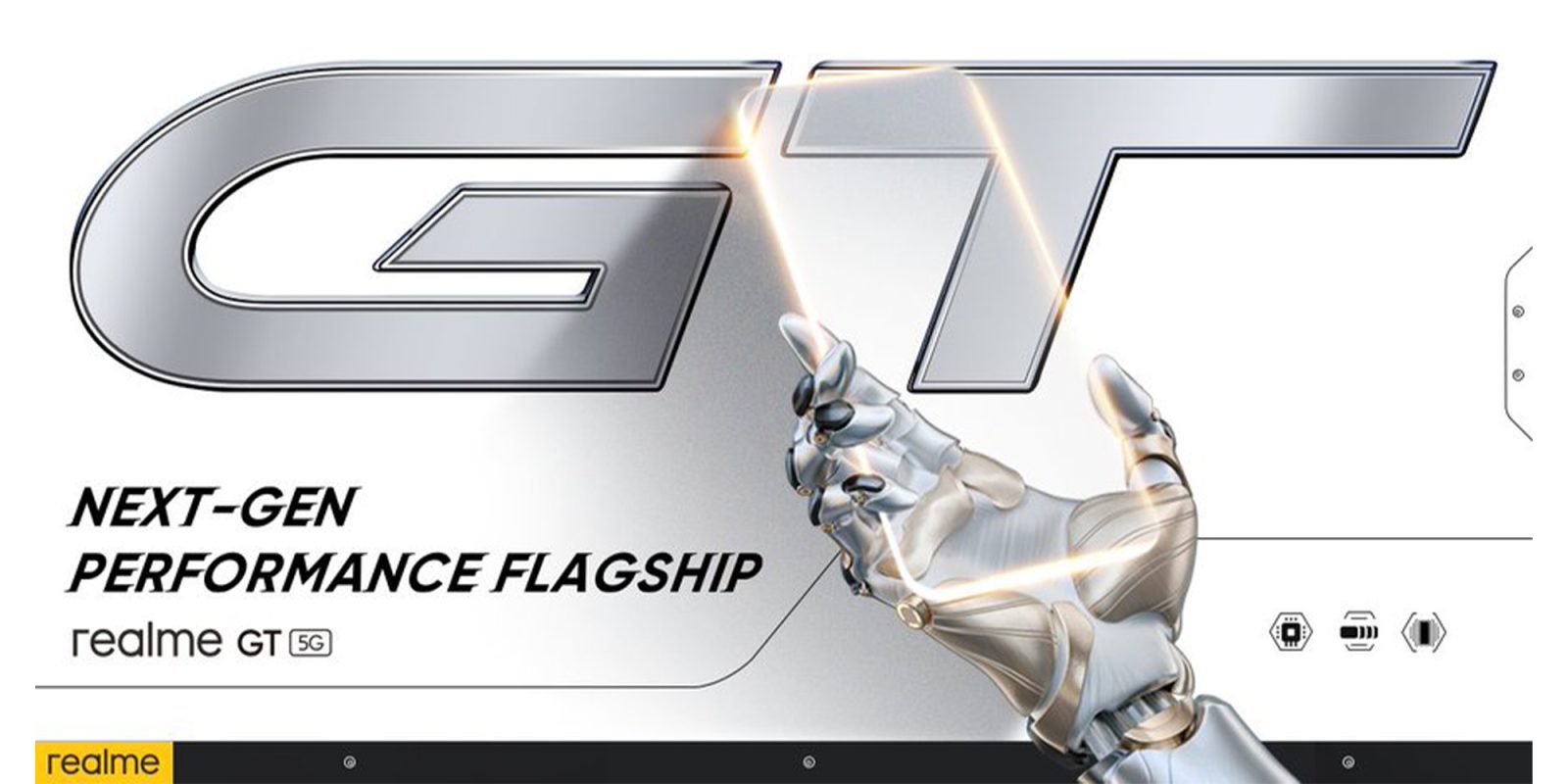 As champions of affordability, the BBK-owned Realme is set to release its first 2021 flagship in the guise of of the GT 5G.

[Update 02/23]: Realme has shared some more details ahead of the March 4 launch event at MWC Shanghai. The Realme GT will be available in a couple of configurations with a MediaTek and Qualcomm version that will likely form the basis of a “Pro” and standard lineup.

Two colors will be available with a vegan leather option including a Racing Yellow look very reminiscent of Kill Bill‘s The Bride character and sport suit, and it’s certainly striking. Realme is touting a stainless-steel VC cooling system, which is supposed to optimize heat dissipation in conjunction with the overall device structure.

It also looks as though it will be available globally after launch at this March 4 event.

Little is known about the device beyond that it will be unveiled on March 4 in China, with the Realme teasing that the GT 5G will be powered by the Qualcomm Snapdragon 888 chipset. This brand-new smartphone line was teased over on the official Realme Weibo pages in China (h/t GSMArena) and is likely to arrive in China first.

The official Realme UK Twitter account has also teased the device, hinting that a global launch could be followed soon after. Given that the “affordable flagship” segment has dwindled since the introduction of 5G chipsets, it will be interesting to see just how Realme prices the GT 5G especially as an affordable champion in recent years.

This does often mean that certain features are cut or missing, but the end result is often a smartphone that doesn’t appear to match its low entry pricing. Rumors suggest that this device could include 12 GB of RAM, 256 GB of internal storage and will come with Android 11 pre-installed. Other rumored specifications include a 120Hz display and insane 125W UltraDart charging.

What’s more, the Realme GT 5G has supposedly been spotted on China’s TENAA regulatory database already. These filings have more or less confirmed that it will come with a design that is fairly similar to that of the OnePlus 8T.

We’ll just have to wait until the official March 4 launch to learn more about what the Realme GT 5G might end up bringing to the table. Let’s hope for a global launch soon afterwards, as 2021 could do with some solid devices at bargain prices.