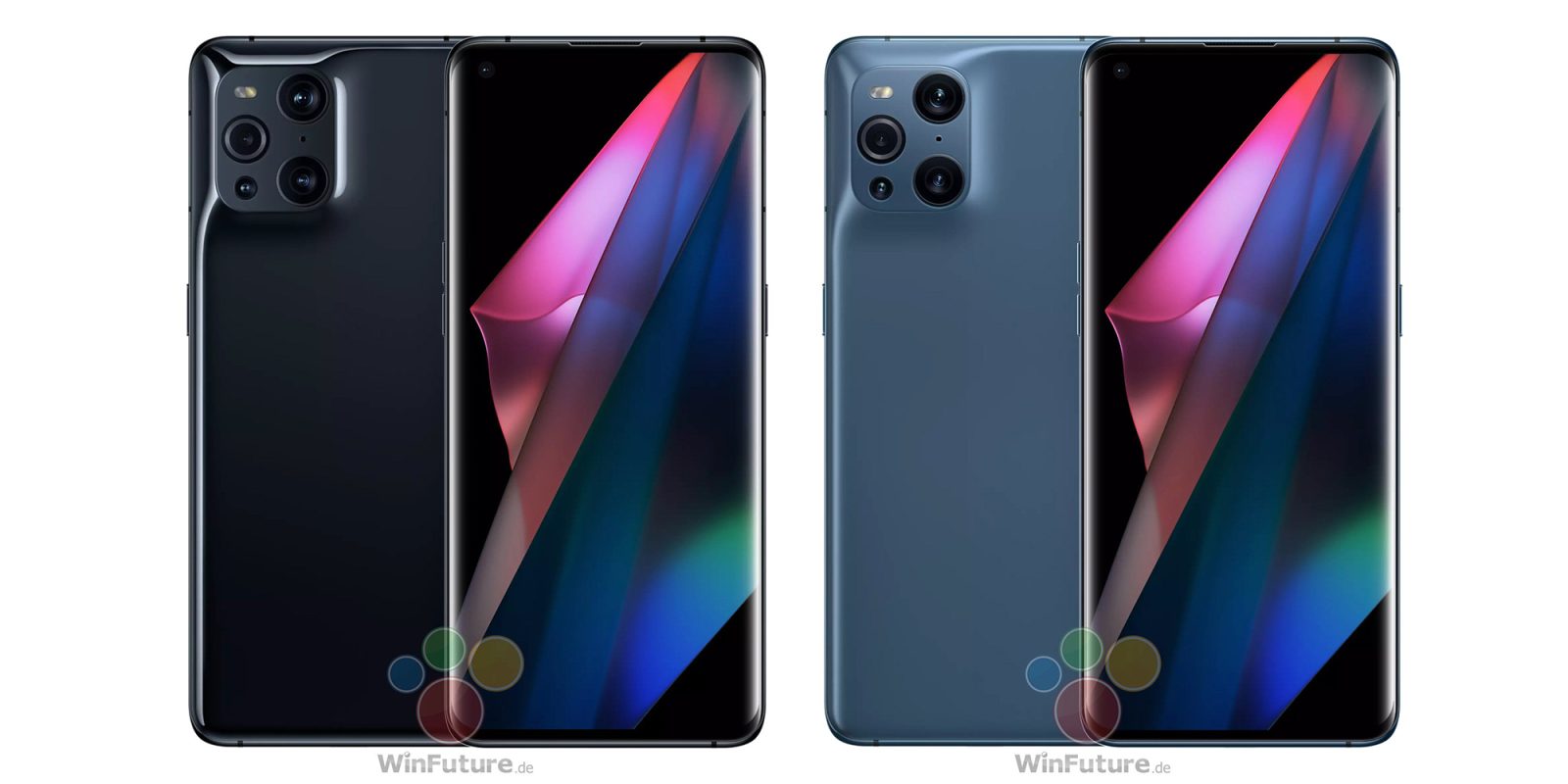 A new leak has more or less uncovered the Oppo Find X3 Pro in full with press renders and a full specs list in tow.

The latest flagship Oppo device is set for a March 11 launch event, but thanks to WinFuture.de, we’re getting another close-up of the device in blue and black, which sports an interesting camera bump and fairly familiar front panel.

We’ve already seen the Find X3 Pro pop up before in leaked press renders, and while we had a good idea of the device specs, they were not fully fleshed out as here. Let’s quickly talk the internals then, as the Find X3 Pro will come packing the Qualcomm Snapdragon 888 chipset, 12GB of RAM, and 256GB of internal storage.

So far, that’s pretty much as you would expect given this is Oppo’s top-tier smartphone for 2021. Other notables include a QHD+ AMOLED display that measures at 6.7 inches with a 3,216 by 1,440-pixel resolution. It will retain a 120Hz refresh rate and in-display fingerprint scanner. The actual panel is protected with Gorilla Glass 5, and the display includes a HDR10+ certification.

Now that funky camera setup includes some interesting hardware. Camera specs for the Oppo Find X3 Pro include dual 50-megapixel sensors, with one being a main wide and an ultra-wide angle. This duo is joined by a 13-megapixel periscope zoom camera that is capable of 5x hybrid and 20x digital zoom. There is also a 5-megapixel microlens — which we guess offers better macro performance but we’re not entirely sure.

The battery isn’t the largest at 4,500mAh, but the trademark superfast charging is here with Find X3 Pro coming with 65W charging in both wired and wireless configurations. That should mean insane 0 to 100% speeds given Oppo’s rich history of fast-charging tech.

Everything looks to be in order come the official launch in the next week or so, but what do you think of the Oppo Find X3 Pro’s proposed specs? Let us know down in the comments section below.