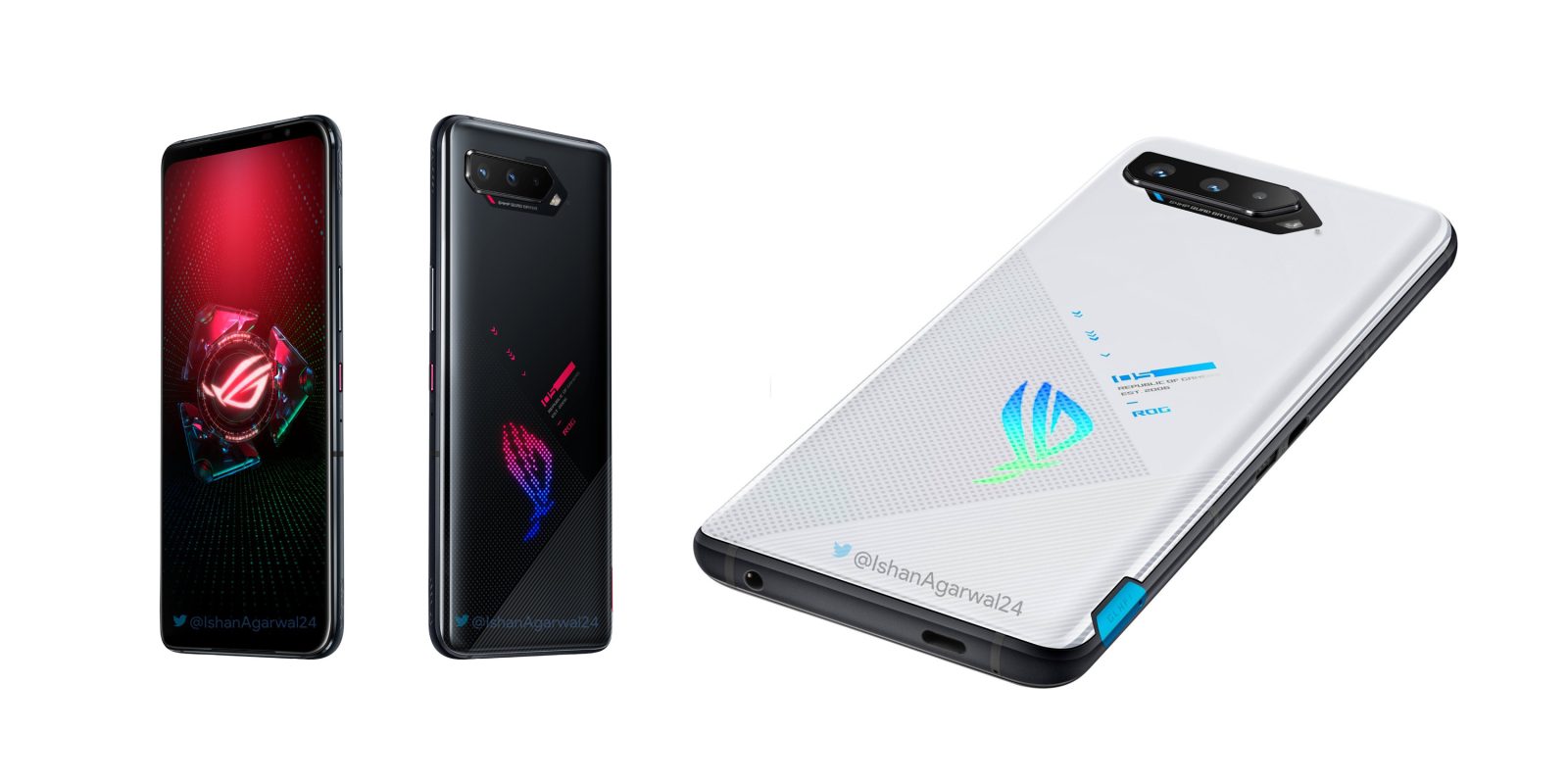 Gaming smartphones have become a niche of their own in the smartphone industry, and the Asus ROG Phone series has consistently been among the best options. The next generation of that device is apparently launching tomorrow, but ahead of that launch, official-looking renders of the Asus ROG Phone 5 have hit the web, showing two color versions.

Shared on Twitter, Ishan Agarwal released a handful of images of the Asus ROG Phone 5, revealing the familiar design in its 2021 iteration. Not a ton has changed, frankly, with only some minor design tweaks. For example, there’s a mysterious red panel that has a cute “GL HF!” easter egg printed on it. There’s also a dot matrix-style section that certainly seems like it’ll be customizable, perhaps acting like what Asus offers on its Zephyrus G14 laptop.

Two USB-C ports are still in use, there’s still a headphone jack, and the display still has some decent-sized bezels on the top/bottom. I will say, though, that this is certainly the cleanest looking design for a ROG Phone to date.

Notably, the Asus ROG Phone 5 is set to be released in two different colors, a first for the series. To date, it’s always been available only in black/grey, but this year, a white color is on its way as, again, Ishan Agarwal has shared on his Twitter account. The white variant looks slick, especially with its blue accents and black side rail.

As far as specs go, the ROG Phone 5 is all but certainly going to be using the Snapdragon 888 processor, surely with some insane cooling tech behind the scenes as well. Last week, too, a press release unexpectedly confirmed that this phone will be available with up to 18GB of RAM. That’s right, eighteen. With most other Android flagships topping out at 8-12GB, 18GB is just absurd, but that seems about right for a phone literally branded “Republic of Gamers.” Will that amount mean anything to performance? Probably not.