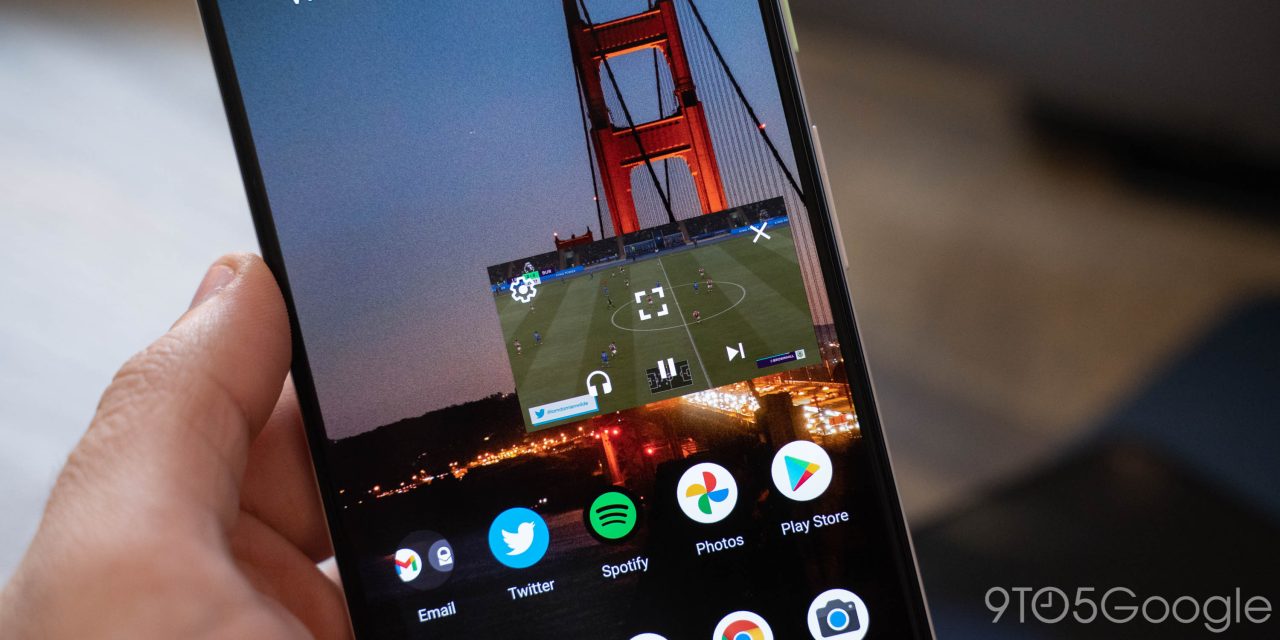 The second preview of Android 12 has arrived today, and with it, Google is introducing a variety of changes to the picture-in-picture experience to make it feel faster, easier to use, and out of the way when you need it to be.

Over the years, Google has slowly refined Android’s picture-in-picture, allowing you to do things like watch YouTube videos while also browsing the web. As it is on Android 11 today, if you need to see more of your screen for a bit, you need to either close your picture-in-picture app or downsize it to hopefully be out of the way.

With Android 12 Developer Preview 2, the picture-in-picture window can now be “stashed” to the left or right side of the screen, where it will continue playing while being less disruptive. This is particularly helpful for those without YouTube Premium who can’t play videos entirely in the background, and is just one part of a larger revamp coming to picture-in-picture with Android 12.

You can also now use new gestures to manage picture-in-picture. A single-tap of the window shows playback controls like play/pause, skip, and more. Double-tapping the window switches back and forth between a small window size and a larger one. Or if you’re looking for more refined window size controls, you can now use pinch-to-zoom to resize the window. Check it out!

Google has also shared some behind the scenes changes in Android 12 Developer Preview 2 that will allow developers to individually improve their app’s picture-in-picture flow. The most noticeable of these is the ability to let Android’s swipe-up gesture that takes you to the home screen to also serve as the transition from playing a video in the app to playing in picture-in-picture.