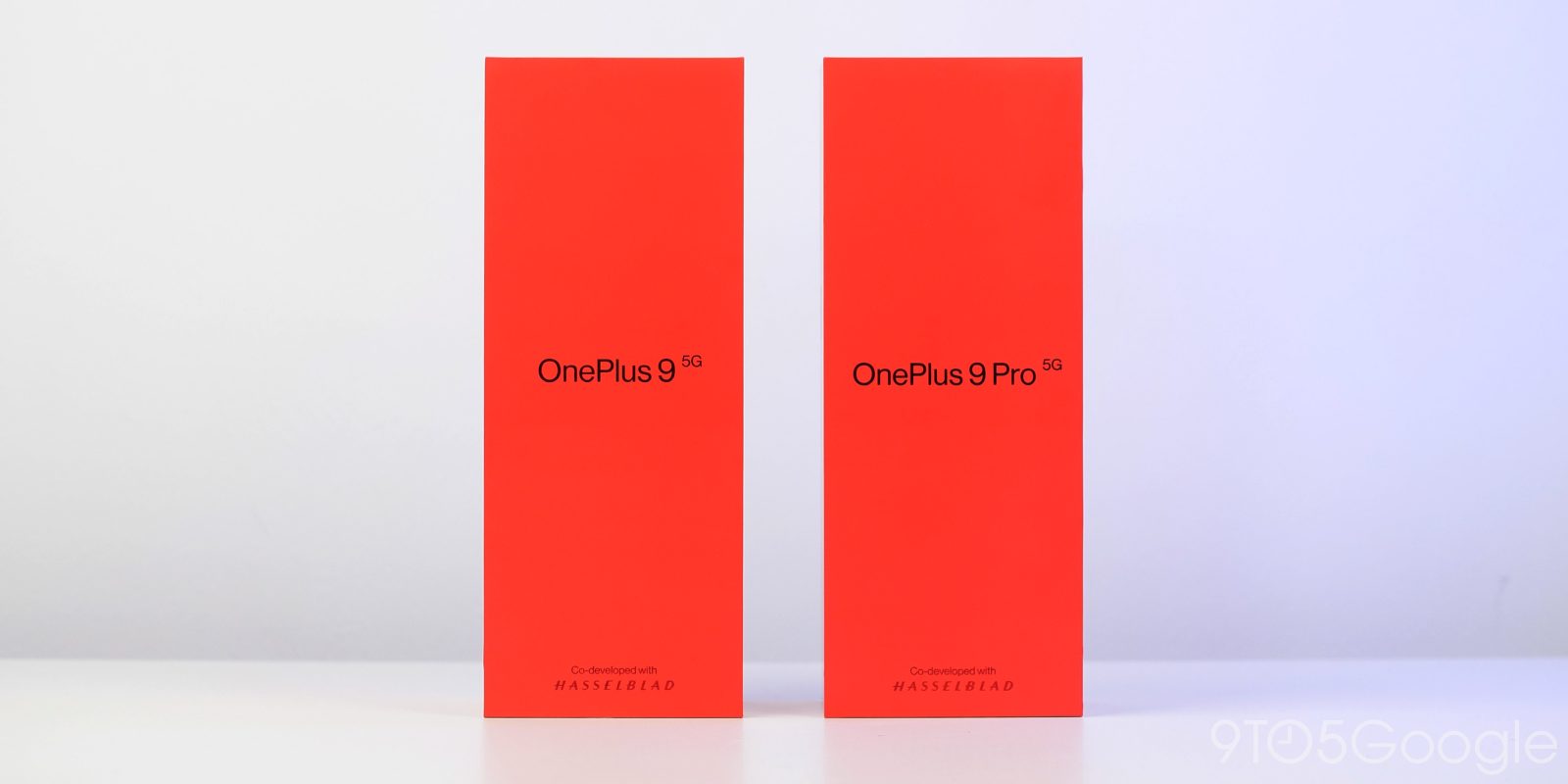 The OnePlus 9 and 9 Pro could provide the biggest leap in recent years, and now that we have both handsets in house, we’ve decided to give the duo some early unboxing and first impressions treatment.

Ahead of time, the biggest notable with the entire OnePlus 9 series is the new partnership with camera stalwarts Hasselblad. As you would expect, there are some serious hints on the OnePlus 9 and 9 Pro packaging that would be hard to avoid when unboxing it for yourself if you didn’t already know that Hasselblad are involved with OnePlus.

There are a few things to note though. It’s highly unlikely that you’ll get a special media pack with your OnePlus 9 series handset, so you’re overall unboxing might be a little less jam-packed but still exciting nonetheless.

So if you haven’t seen our announcement post, the OnePlus 9 and 9 Pro come packing the Qualcomm Snapdragon 888 chipset, at least 8GB of RAM, and 128 or 256GB storage options. You can pick up the OnePlus 9 in Winter Mist, Arctic Sky, and Astral Black, while the OnePlus 9 Pro comes in Morning Mist, Forest Green, and Stellar Black. Only with the OnePlus 9 Pro will the unboxing experience differ, as we’re told the case will come in a different color, depending on which model you choose.

The major differences are in the display and camera setups, and the rest is fairly consistent with the previous OnePlus 8 and 8 Pro from last year. However, the camera quality should provide a major step up over older generations and might be a big draw, even for those of you with last year’s models.

So the OnePlus 9 has a flat FHD+ display, while the OnePlus 9 Pro has a curved QHD+ display. This time, both are clocked at 120Hz, which makes a big difference with parity offered right out of the box. You actually need to activate the QHD+ resolution on the OnePlus 9 Pro after unboxing as it isn’t enabled by default.

Even though the chipset has had a bump, it’s actually hard to distinguish how much has changed on the newer models over the OnePlus 8 and 8T series. The biggest bonus though is that the OnePlus 9 finally, finally comes with Qi wireless charging, but with a 15W top speed. If you have been waiting patiently for a mainline OnePlus device to be able to charge without a cable, the OnePlus 9 answers your prayers.

The cameras have been hyped, and while we’re saving our judgment for our dedicated review and Shot to Shot comparisons, things look really promising. There are a few minor differences between each camera setup, as the OnePlus 9 packs a triple rear camera setup, while the OnePlus 9 Pro includes a quad-camera setup. Hasselblad has worked on the color tuning, with some added Pro camera features also present.

At this early stage, this looks like the first OnePlus series where you won’t have to compromise no matter which model you opt for. With that said, we’ll have a full in-depth review of the OnePlus 9 and 9 Pro following this unboxing in the coming days, so stay tuned!