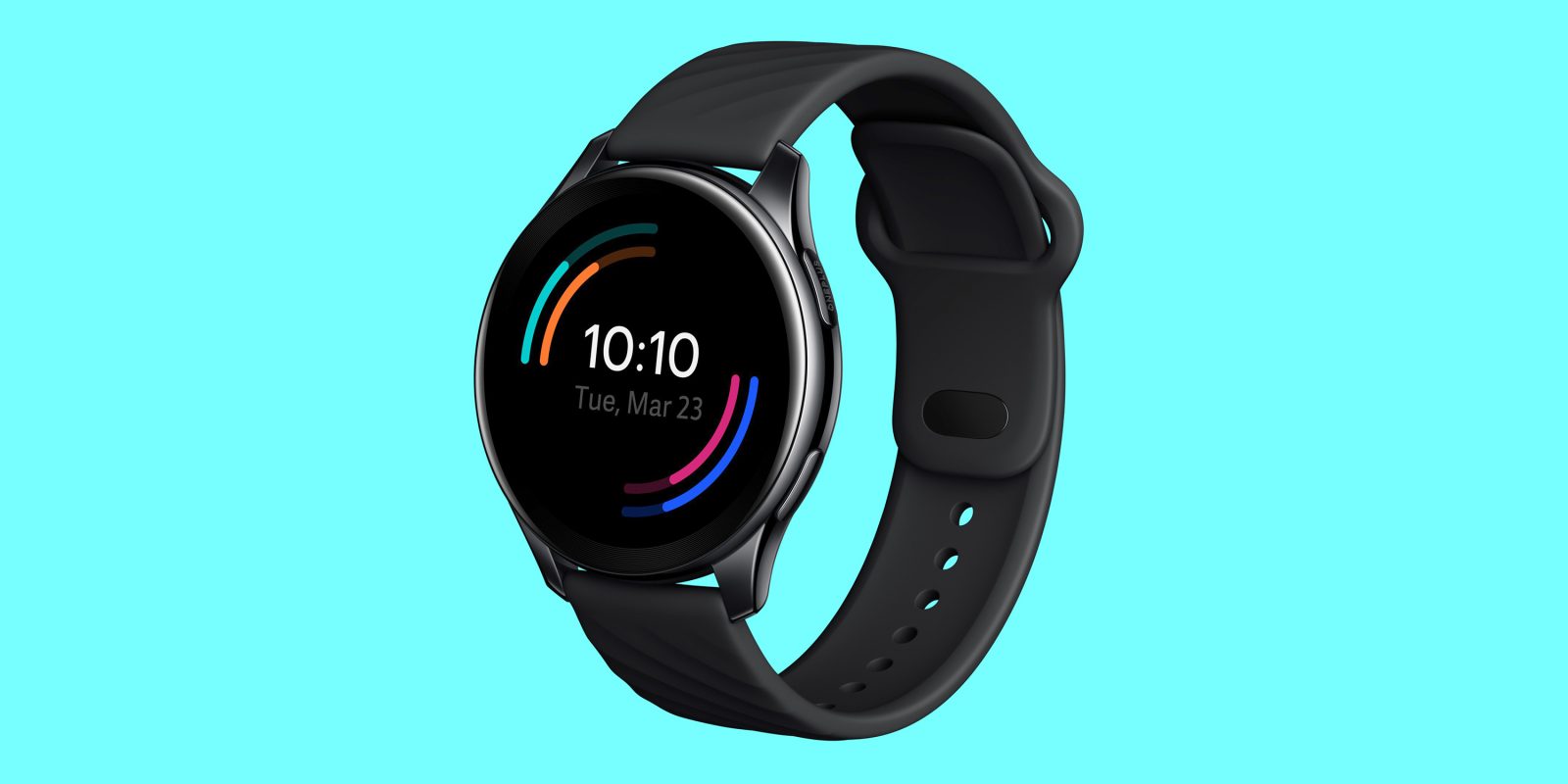 The first official renders of the OnePlus Watch have now been shared online and showcase a design that almost pays homage to the Samsung Galaxy Watch Active.

[Update 03/22]: After OnePlus confirmed the design, more proposed renders have been shared online by teenage leaker Ishan Agarwal — who has a solid track record of sharing device specifications and renders ahead of launch.

The renders shared by Agarwal give us a look at what he suggests is a “Silver” model, which is complete with a lighter gray rubberized strap. There’s also a couple of face-on views of the “Black” and “Silver” models side-by-side to give an indication of the tonal differences. A notable here is the usage of a familiar watch face on the silver version. Agarwal’s render hints that we might be able to match your OnePlus device Always-on display custom clocks to that of the OnePlus Watch watch face.

This might be a neat way to sync a watch to your display for continuity. Beyond that though, little is known about what the OnePlus Watch software will offer over competing options on the market. Without Wear OS, application support is likely to be limited, but at least with customization options under the hood, it could become a compelling wearable for OnePlus smartphone owners.

Agarwal also proposes the asking price for the OnePlus Watch will start at “around €150” in the EU, which is fairly standard for a watch-style fitness band, but we’ll just have to save judgement until we get our hands on it soon.

We already know that the OnePlus Watch won’t come with Wear OS pre-installed – we know some of the rumored specifications, but this is actually our first real look at the smartwatch itself. After taking design cues for OxygenOS 11 from One UI, some traits of this wearable have been influenced by the Galaxy Watch Active. Imitation is the sincerest form of flattery after all.

YouTuber Lewis Hilsenteger – better known as Unbox Therapy – shared the first OnePlus Watch render on his Twitter account and, yes, it’s not exactly “unique” in terms of hardware. After sharing the renders, OnePlus then tweeted to confirm that it was indeed legit:

We can at least work out that there will be a silicone band strap with a textured finish and will clasp in much the same way as the Fitbit Sense and Versa – while this OnePlus Watch render also confirms that it will come with a rounded watch face.

The casing looks as though it will come a matte finish, but it may be more polished in person. There are two side bezel buttons, with the top button looking like it will come with the OnePlus logo etched on it.

No other details were shared beyond this solo render, but we have a fairly good idea of what to expect from the OnePlus Watch come March 23. It will come with an internally OnePlus-developed OS, controls for OnePlus TV devices, an IP68 rating, 4GB of internal storage, plus Warp Charge.

We’ll just have to wait a few more days to learn more about the OnePlus Watch on March 23 where it will be unveiled alongside the OnePlus 9, 9 Pro and 9R.