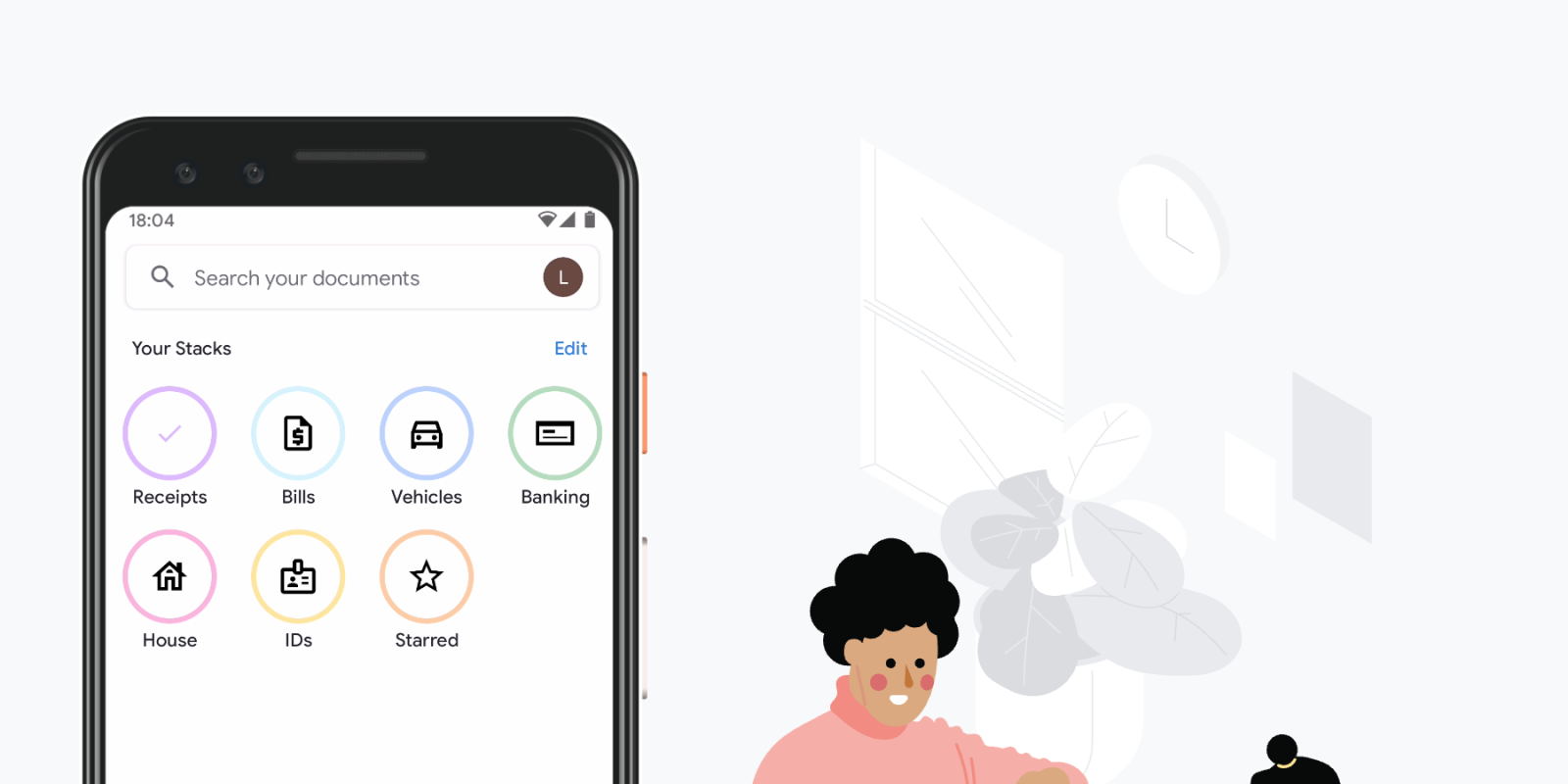 The latest launch from Google’s internal Area 120 incubator is smaller in scale than a messaging or virtual events tool but even more useful. Google this week released “Stacks” as a “PDF Scanner + Document Organizer” for Android.

Google Drive has long featured a “Scan” tool, and the one in Stacks is not too different. The FAB in the bottom-right corner of the app launches a camera with the ability to crop and a shutter button. You can also import existing pictures already in your camera roll. You’re then prompted to back up to Google Drive.

After capture, the app “automatically names and organizes your documents into useful categories,” known as “Stacks.” They appear in the Home tab and can include: Vehicles, Banking, IDs, Receipts, House, Bills, and a Starred section.

When viewing a document, Google will highlight Key Details like — in the case of a bill — “Total amount” and “Transaction Date” with convenient copy buttons in a slide-up panel.

The other core aspect of the app is document search, thanks to OCR recognizing what’s in each image. When pertinent, uploads are tagged by organization, like Starbucks, Target, or British Airways.

Before opening the app, there’s optional fingerprint or face unlock, with Stacks touting Google’s general security infrastructure. Stacks is officially listed as being “available for Android in the US.” It first appeared on the Play Store (via Android Police) yesterday, and offers a more focused experience than using the general Google Drive app.