Hands on: 1MORE’s ComfoBuds Pro are what Google’s ‘Pixel Buds A’ should aspire to be 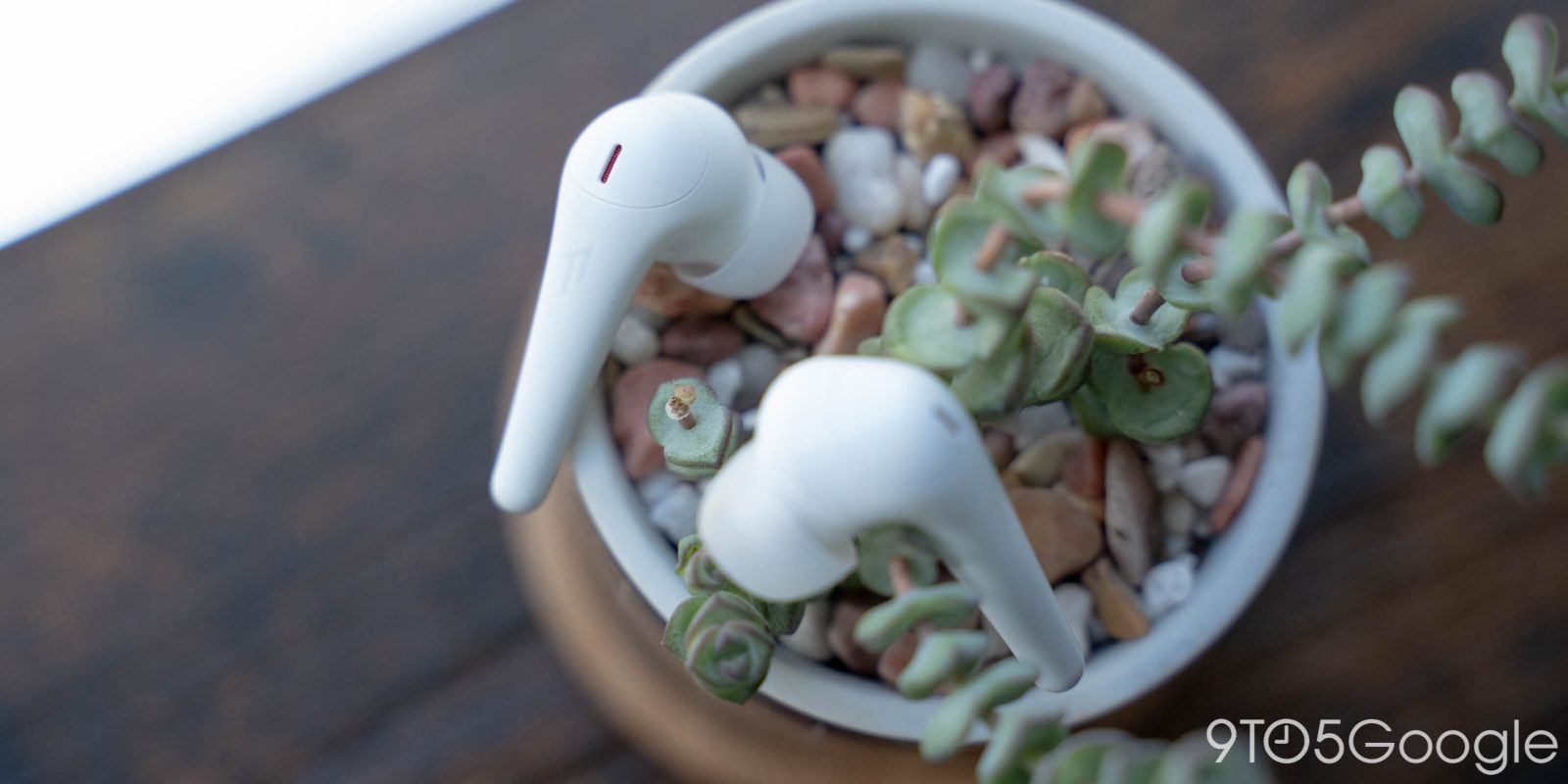 I’ve tried a lot of truly wireless earbuds over the past couple of years, but in many cases I’ve found that comfort is basically ignored at the expense of sound quality. Comfort is what gives the latest TWEs from 1MORE their name, and true to form, the ComfoBuds Pro have quickly become a favorite for their fit above all else.

For $95, the 1MORE ComfoBuds Pro actually bring a lot to the table. The design is a clear rip-off of Apple’s AirPods with long stems, but that’s not a design I’m personally against. The comfort, though, comes down to the soft silicone eartips with their vertical oval shape. It might not be true for everyone, but these sit in my ear very lightly and feel great even over extended sessions. The only buds I’ve used that really compare are Google’s Pixel Buds, but these may genuinely steal that crown, in my book.

Luckily, the rest of the experience holds up to that, too. The sound quality isn’t going to blow you away, but it’s pretty good, maybe just overdoing it a bit on the low end. Active noise cancellation is what puts the “Pro” in these ComfoBuds as an addition over the $50 version that’s been on sale for a while. The silicone tips do an alright job of passively blocking noise, and when you turn on the ANC by long-pressing the left bud, you’ll tune out the rest of the world. The effect isn’t overly strong or as good in quality as AirPods Pro or a Sony/Bose headset, but it’s good.

My go-to test for ANC is mowing the lawn, and these definitely cut down on outside noise without completely plugging my ears, something I actually prefer. There’s also a “hearthrough” mode, but I wasn’t a fan. The goal is to mix outside noise with your music, but I found it just amplified outside noise far too intensely on its default setting. You can adjust the ANC’s levels and other settings through the 1MORE app, but I’m just not a fan of that app’s design on Android.

This product is not without its downsides, though. For one, I had a lot of issues with pairing to new devices. It’d take a bit to get these to show up in the Bluetooth menu on phones I tested including OnePlus, Samsung, and Pixel devices. I’d love to see 1MORE add integration with Android’s Fast Pair feature, given it’s an open standard.

Also, the case is a mixed bag. It’s small and easy to carry around, which I enjoy, and the magnets that hold the buds in make it easy to line everything up. What rubbed me the wrong way, though, was the ease of getting buds out; or rather the lack thereof. A combination of minimal spacing and cavities that are too deep makes it very difficult to pull these buds out of the case. Even now, a few weeks into using these off and on, it’s still not an action that I’m used to or one that feels at all natural. This is a design 1MORE needs to improve next time around.

So, back to our headline. We’ve reported that Google plans to usher in a new version of its Pixel Buds called the “Pixel Buds A,” and frankly, the ComfoBuds Pro are a good blueprint for Google to follow. Decent sound, a small case, and comfortable fit for under $100. I highly doubt Google would bring ANC to its more affordable buds, especially looking at the price, but aside from that, 1MORE’s formula is one Google should follow. And hey, if they don’t, the ComfoBuds Pro are available now for $94.99.