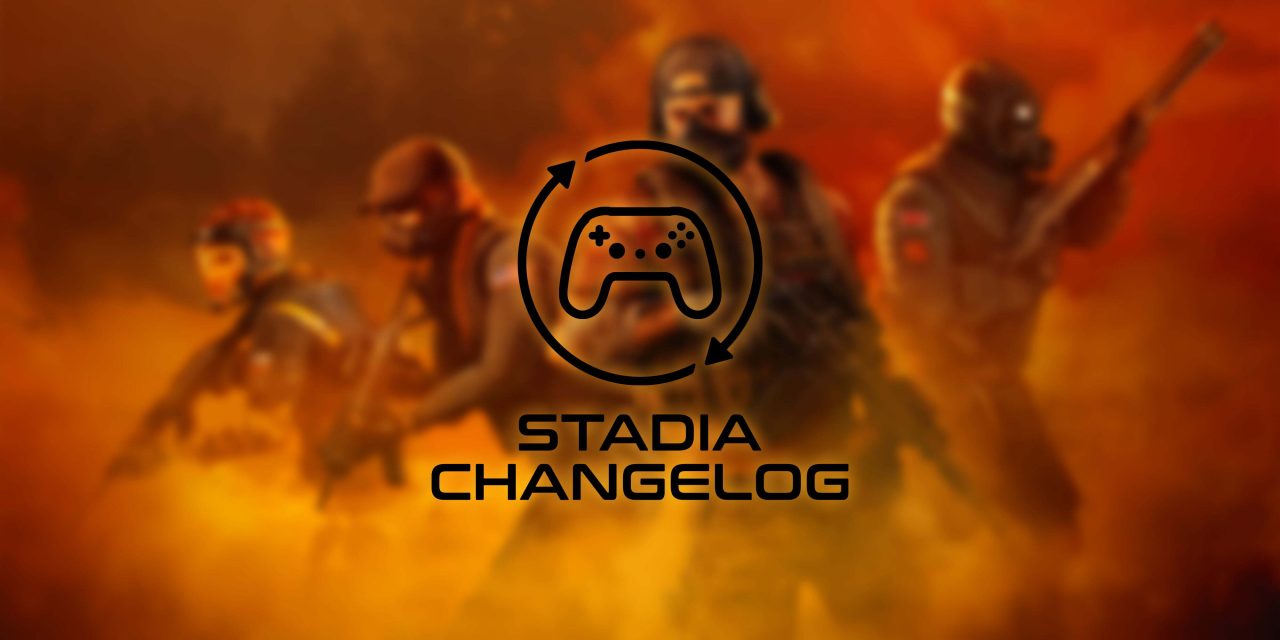 Stadia players have been at a loss for new games recently as a second week has gone by with none surfacing, but there are a lot coming up. This weekend, though, Stadia players can enjoy Ghost Recon: Breakpoint for free as well as enjoying updates to a handful of titles.

No new games arrived in the Stadia store this week, the second week in a row for Google’s platform. Still, as of this week, Google has added 47 games to Stadia in calendar year 2021, well on its way to the promise of at least 100 titles added this year.

Google officially announced two new games heading to Stadia this week including Control: Ultimate Edition and Olympic Games Tokyo. The latter will be arriving on June 22 while Control is arriving over the summer.

Finally, this week, an official update was provided on Ark: Survival Evolved. The game has been delayed to “summer,” but it really seems like that could be coming sooner than later. After passing through the USK last week, the game has now hit PEGI. We still don’t have a confirmed date for the game’s launch, but it really seems at least somewhat imminent.

In related news, another game spotted at a Brazilian ratings board was The Addams Family: Mansion Mayhem.

Google this week announced the Pro lineup for June 2021. Available next week, the included titles are:

When it releases on Pro, Blue Fire will be a newly added game for the platform.

While the game’s release has been delayed to October, Far Cry 6 has been revealed in more detail this week with a gameplay deep-dive.

Borderlands 3 is working on cross-play

If you’re a fan of Borderlands 3, you’ll be happy to know that Gearbox CEO Randy Pitchford this week confirmed that the game is adding support for cross-play in the near future. An update is “prepared” for “all platforms” this week.

The bad news, though, is that while this would allow Stadia players to enjoy the game with others, it won’t include PlayStation. Sony apparently required 2K Games to remove cross-play support for PlayStation consoles for certification.

Before the update arrives, Stadia Pro subscribers can purchase Borderlands 3 for as little as $19.79.

Ghost Recon Breakpoint is free on Stadia this weekend

Google announced as a part of its “This Week on Stadia” blog that Tom Clancy’s Ghost Recon Breakpoint would be free to anyone with Stadia Pro from May 27 to May 31, just in time for the holiday weekend. The “Free Play Days” end on the 31st at 10 a.m. PT.

Grab three friends and your favorite way to play: your laptop, your desktop, your compatible phone or tablet, or a TV with Chromecast Ultra and the Stadia Controller. Ghost Recon Breakpoint is free all weekend with your Stadia Pro membership, from 8 a.m. PT Thursday, May 27 to 10 a.m. PT Monday, May 31. To continue playing after, you will need to purchase the game in the Stadia store.

A major update for Power Rangers: Battle for the Grid was made available this week. The game’s “Super Edition” is a $42.99 add-on that includes all content from Seasons 1-3 as well as the new Street Fighter pack. If you don’t already own the game, you can buy it with the new expansion for $49.99.

The hit Dead by Daylight is launching a Resident Evil Chapter on June 15.

The Resident Evil Chapter is coming to Dead by Daylight on June 15. It includes a Killer, The Nemesis; two Survivors, Leon S. Kennedy and Jill Valentine; and a new map of the iconic Raccoon City police station.

The “Festering Skies” update has launched on Stadia for Phoenix Point. The expansion costs $9.99.

The skies darken with alien vessels, and the Phoenix Project must rise to the challenge against their biggest foe yet in the all-new Festering Skies add-on. Face off against flying Pandorans in the new interception mode: research aircraft, weapons, and modules to counter Pandoran assaults in the skies. Take on new enemies on the ground, as well as new missions and an entirely new mission type. Plus, Festering Skies features its own, original storyline and cinematic cutscenes, and, of course, the Behemoth, a monstrous new threat you must stop before it crushes humanity – literally.

The Forest update for Human: Fall Flat launched this week on “PC and consoles.” The Stadia port of the game, though, has long been neglected by the developers, so there’s no confirmation it’ll come to Stadia anytime soon.

Marvel’s Avengers has just added a new outfit for Hulk, giving him the Professor Hulk look from Endgame.