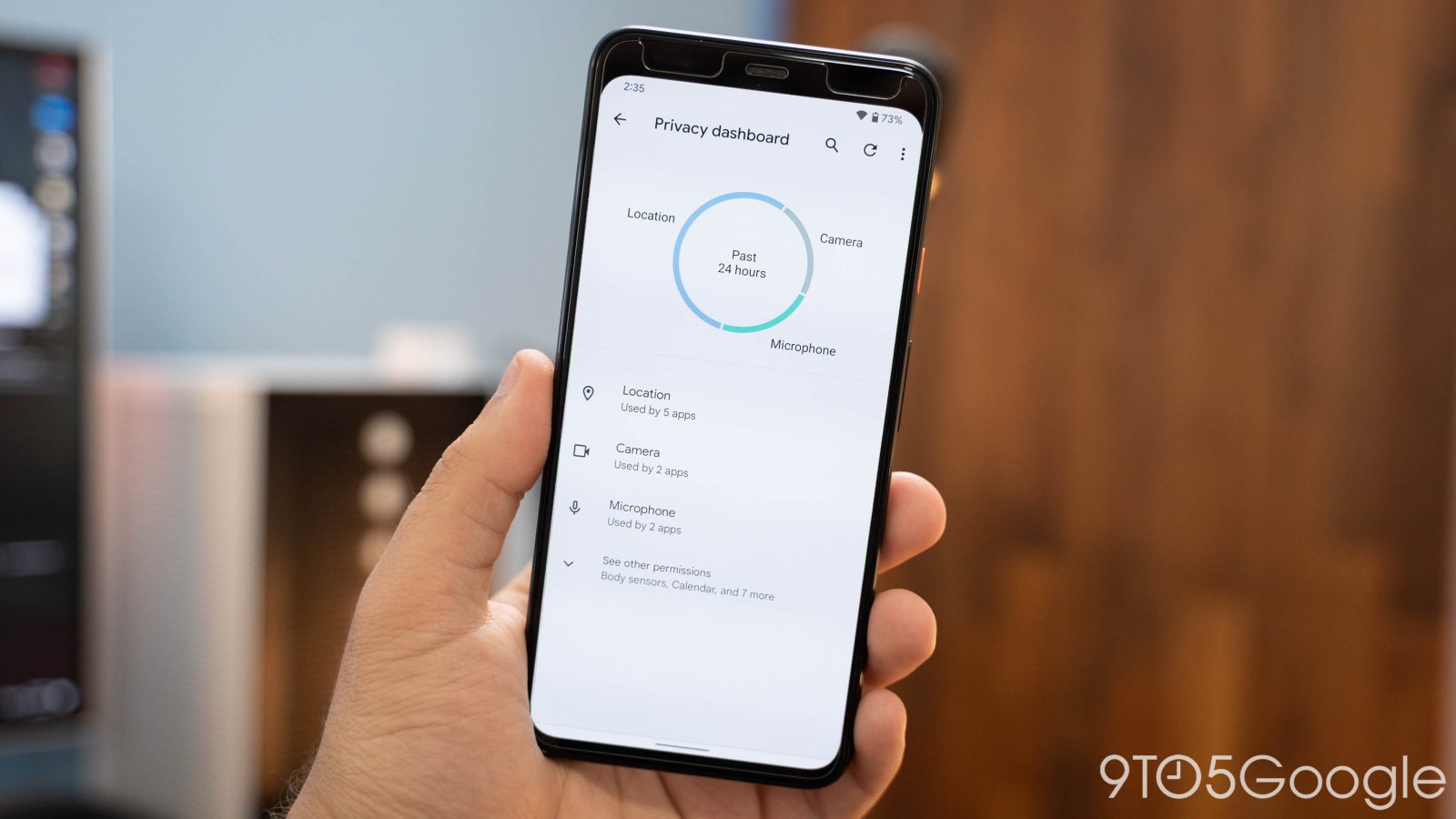 As the company faces increased scrutiny over privacy in the wake of what Apple is doing over on iOS, Android 12 puts quite a bit of effort into improving privacy tools and practices. With the arrival of Android 12 Beta 2, the added privacy tools have officially arrived.

Touted at I/O, Android 12’s privacy features go a step beyond what previous iterations of the platform have done. This is headlined by the new “Privacy Dashboard,” pictured above. This single page shows what apps are using what permissions on your device over the course of a day.

The “ring” view defaults to showing Location, Camera, and Microphone use primarily, but it can also show data on Body Sensors, Calendar, Call Logs, Contacts, Files/Media, Nearby Devices, Phone, Physical Activity, and SMS access. Each permission then gets second page that shows which apps used that permission and the time they used it, along with a shortcut to change an app’s access.

Notably, system apps are left out of this list by default, so the camera app, for instance, won’t appear on the list. You can toggle those on, though. Pre-installed apps like Google Maps and others will still show by default.

Beyond the dashboard, Android 12 also adds more privacy controls and indicators. There’s now a pop-up when an app starts using your microphone or camera with a constant green dot in the top corner the entire time the camera is being used, for example. In a similar fashion, you’ll also get toast messages when apps use the clipboard now.

In the quick settings, there are also new toggles that can block the camera and microphone system-wide, even for built-in apps like the camera app.

None of these features are brand new, but they’re all activated and ready to be used by default in this release.