Here’s Fuchsia running on Google’s Nest Hub; comparing it is a game of splitting hairs [Video] 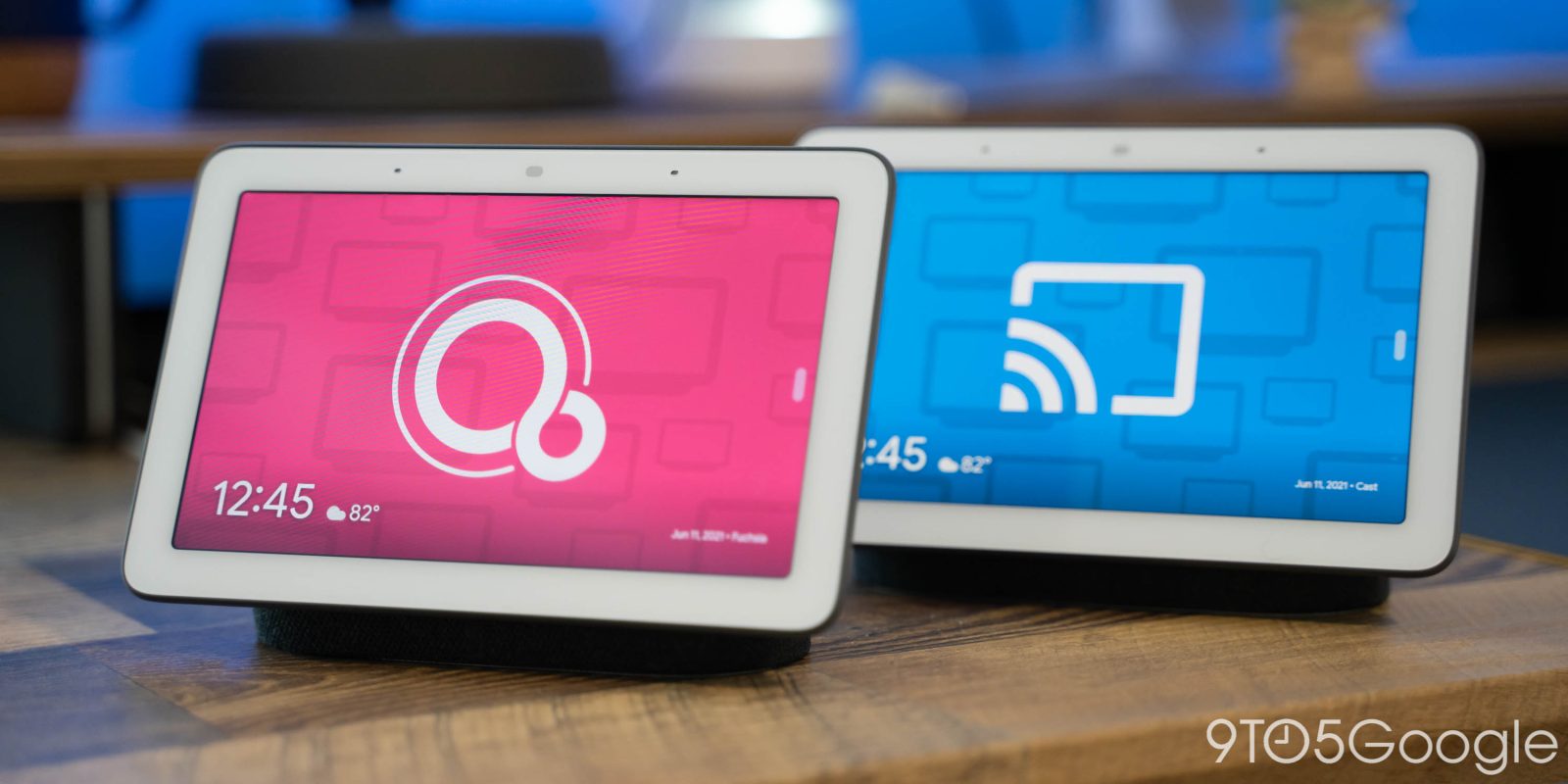 As we speak, Google is actively rolling out Fuchsia OS for the first time starting on the first-generation Nest Hub as a replacement to the older Cast OS. It’s a huge milestone for the operating system, but given Google’s goal to make the replacement entirely seamless, can you actually tell the difference? Let’s take a look.

I’ve spent most of the past week with a Fuchsia Nest Hub and a Cast Nest Hub on my desk, using them interchangeably. I’ve got to say, they’re virtually identical. You really have to be looking for the differences to see any change between these two platforms, but the differences come to light just a bit when you put them side-by-side.

In the video below, Kyle Bradshaw and I set up a series of simple tests to show any places you can see a difference between Cast and Fuchsia, and really, it’s hard to find any. Most interactions such as swiping through the UI, talking to Assistant, and even just booting up either device is virtually identical in process and overall speed/performance. Fuchsia would generally improve the speed of some interactions by a half-second or so, but the difference is so minor it’s almost meaningless.

The only place where we saw a big difference was in Casting. Sending Disney+ from a Pixel to the Nest Hub running Fuchsia was a distinct difference in speed. The loading screen comes up instantly on Fuchsia, where on Cast, it takes a few seconds. By the end, though, they’re both ready within a couple of seconds of each other. Kyle believes that the reason for this could be that Fuchsia uses a separate application for this functionality, and that could explain the speed differences.

At this point, there’s no reason to get excited about Fuchsia running on your Nest Hub, as really, there are no differences in functionality or performance that are meaningful. However, it’s great to see that Google is making progress here, and really, it’s even more impressive that the company was able to so seamlessly re-create the software and replace it without breaking anything.

Curious if your Nest Hub is running Fuchsia? You’ll first need to join the Preview Program, and if you’re one of the lucky few to get the update, you can verify it using this guide.