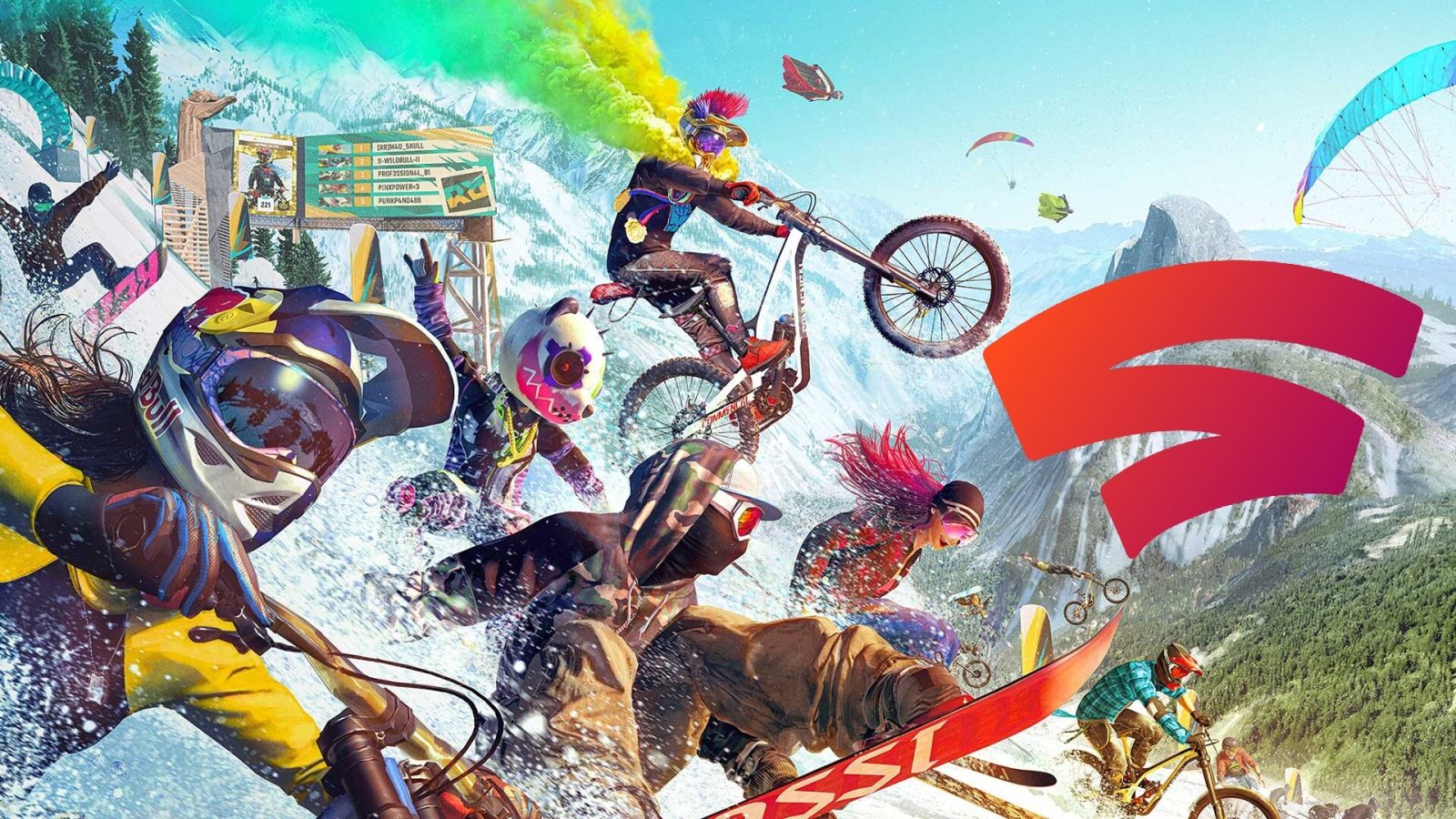 Update 6/12: During the latest Ubisoft Forward event just ahead of E3 2021, the developer has announced a release date for Riders Republic after delaying the game heavily from its previous February launch.

The game is now scheduled for release on September 2nd, 2021 across Stadia and other platforms. Closed betas will also be available for some players who sign up early.

Riders Republic is a brand new IP for Ubisoft which is focused on allowing players to team up with their friends or play on their own against dozens of others. The game is focused on outdoor sports which include BMX biking, snowboarding/skiing, and wingsuit flying too. Characters have customizable looks and there will be contests held within the game on a regular basis.

The game takes place in an open world with maps based on real-life locations including Bryce Canyon, Yosemite, Mammoth Mountain, and others.

Riders Republic arrives February 25th, 2021 on all platforms including Google Stadia for $59.99.