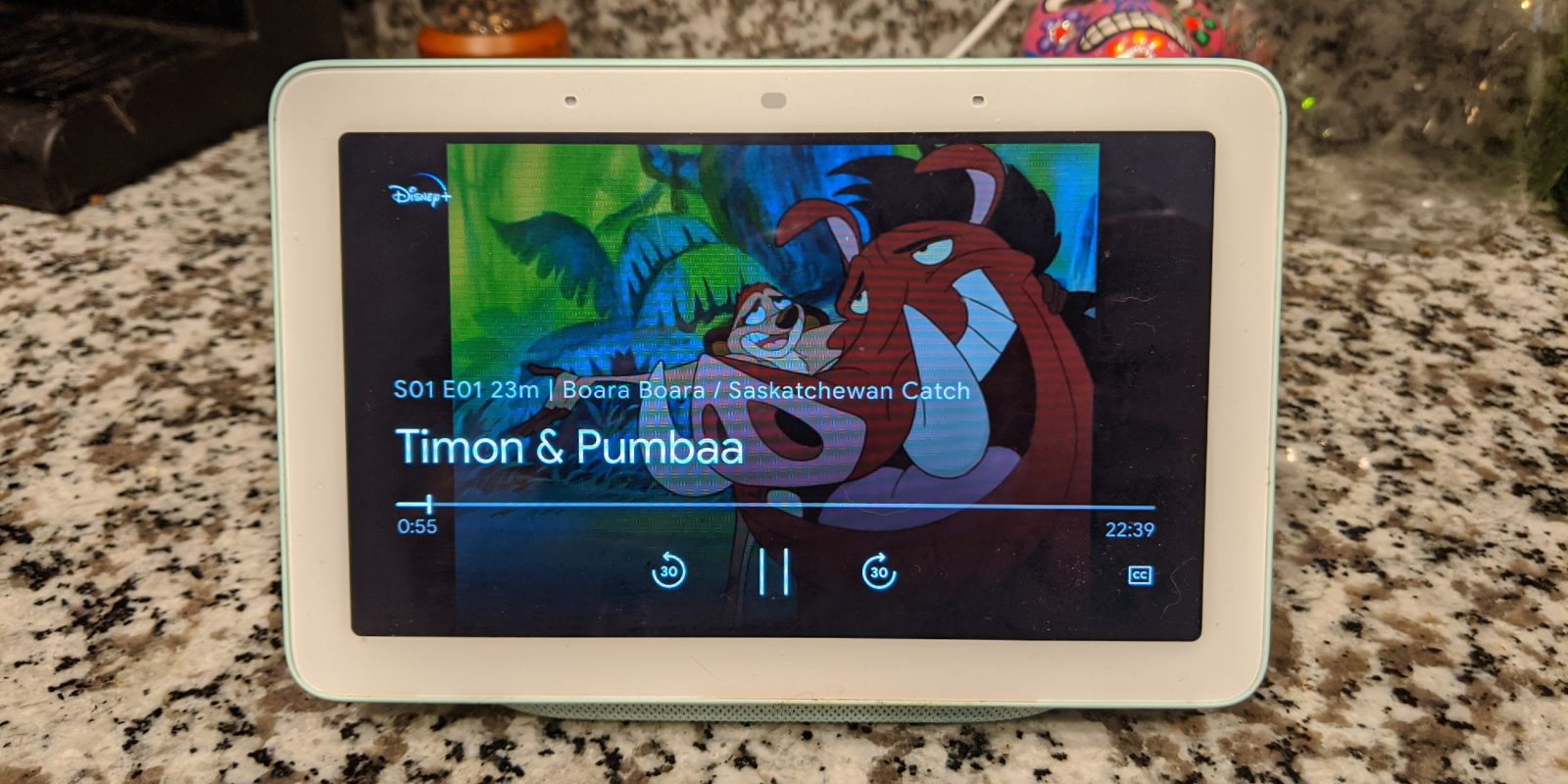 We are now ready to gather all of today’s best Android-friendly deals into one handy list for you. Some big-time offers are now live on Google Nest Hub Display/Max bundles as well as Google’s Nest Wifi Router systems and more. We spotted even more TCL handset price drops today starting from $127 alongside some USB-C Anker accessories and more. All are below in in the latest 9to5Toys Lunch Break.

Google Nest Hub Display/Max bundles, Nest Audio, more from $75 with up to $100 in savings

We’ve now spotted a number of notable deals on Google smart home gear and speakers via the official Google eBay store. It’s now bundling its second-generation Nest Hub Display with a Google Nest Audio Smart Speaker for $129 shipped in charcoal, chalk, sand, and blue colorways. It’s normally as much as $200 direct from Google, where both items are currently on sale for $155 combined. Today’s offer is the lowest we can find with up to $70 in savings. The Nest Hub provides a voice command-ready portal to all of your compatible smart home gear and the included Nest speaker while also offering up direct on-demand access to video content from your favorite services. The Nest Audio provides much of the same feature set, without the video screen, and offers up a smart listening device that ties directly into your smart Google home setup. Rated 4+ stars. Head below for even more smart home and audio Google gear deals.

BuyDig’s official eBay storefront currently offers the Google Nest Wifi Router with two points for $299 shipped. Normally fetching $349, you’re looking at $50 in savings with today’s offer matching our previous mention for the best price of the year. Google’s Nest Wifi system provides up to 5,400 square feet of 802.11ac coverage to your space with 2.2Gb/s speeds in tow. And alongside handling all of your home’s Wi-Fi connectivity, the included main router doubles as an Assistant speaker. To complete the package, you’ll also find six Gigabit Ethernet ports on the system. Over 4,200 customers have left a 4.6/5 star rating and you can get a closer look in our hands-on review. Head below for more.

The official TCL Amazon store is now offering its TCL 10 SE Unlocked Android Smartphone for $127.49 shipped after you clip the on-page coupon and apply code TCLMPPDSD at checkout. Regularly $150, this is the lowest price we have tracked on Amazon and the best we can find. It might not be the most powerful Android smartphone out there, but it’s an affordable one that might work as an extra, for the kids, or even the grandparents. Rated 4+ stars.

AnkerDirect via Amazon is offering its 65W PowerPort Atom III Slim Wall Charger with a 45W USB-C Port for $39.09 shipped. Down from its $46 normal going rate, today’s deal marks a return to the 2021 low that we’ve tracked and is the best available. Featuring a 45W USB-C output as well as three USB-A that share 20W of power, this charger is great for keeping all of your devices topped off. It can easily handle recharging your MacBook as well as iPhone and Apple Watch, with a port left over for an additional device if needed. Plus, it’s ultra-compact, meaning it won’t take up extra room in your laptop bag when traveling. Rated 4.8/5 stars.

Quickshipelectronics (99.8% positive feedback) via eBay is offering Samsung’s Galaxy Watch Active2 44mm for $129 in new open-box condition. Selling in mint for around $220, today’s deal marks the lowest price we’ve ever tracked and even undercuts Amazon’s renewed offering by $16. Designed to optimize your you-time, the Galaxy Watch Active2 is meant to go beyond the average fitness tracker. Will it keep track of your steps, heartrate, favorite sport-modes and peak performances? Absolutely. And it’ll throw in sleep, breathing, and stress tracking to make sure you’re down time is just as effective. But that doesn’t even cover the voice command capability, Spotify and YouTube streaming, calls, texts, and social media alerts as well as Samsung’s Bixby smart and Health assistants. It comes backed by a 1-year warranty, and you can check out our launch coverage before deciding if this is the right guide for your fitness goals.

Amazon is offering the ASUS Chromebook Flip C434 Core M3/4GB/64GB for $420. That knocks around $65 off the usual fare, marking a new all-time low at $30 under our previous mention. Centered on the 14-inch 360-degree touchscreen, you can surf, stream, and work through Google’s comprehensive Chrome OS in 1080p quality. It’s powered by a Core M3 processor with speeds up to 3.4GHz, placing it as one of the fastest budget-friendly Chromebooks on the market. Weighing in at just three pounds, the lightweight design and multitude of operating modes makes it ideal for students, or as a graduation gift. And while you can make use of the 4GB on-board memory, today’s deal also includes one-year of 100GB Chrome cloud storage.