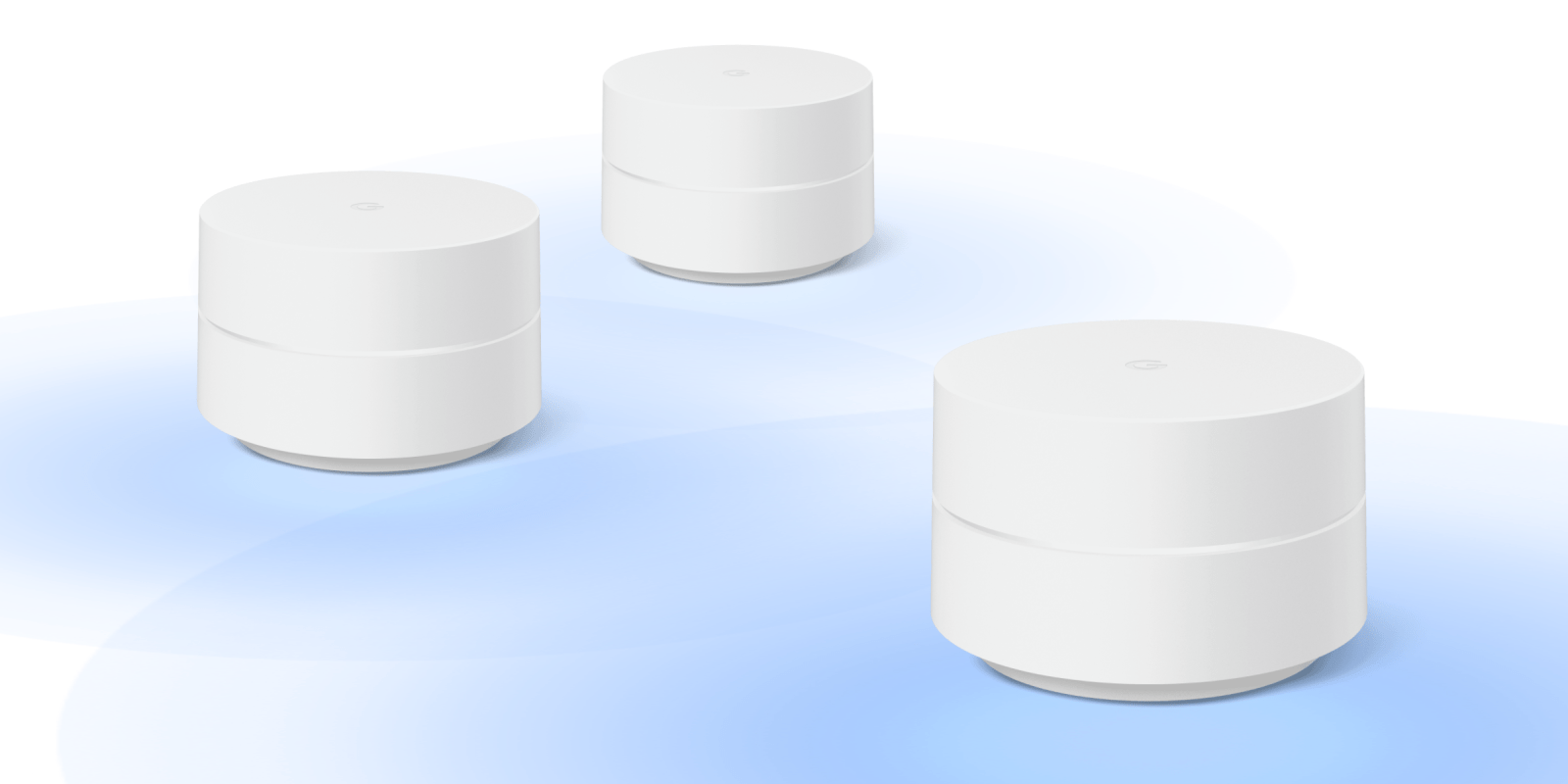 One of last year’s more curious Made by Google products was a relaunched Google Wifi that starts at $99. After debuting in the US in October, Google is taking it to Canada and Europe as a more affordable alternative to the Nest Wifi.

The 2nd-gen Google Wifi looks very much like the original 2016 puck, save for an engraved “G” logo on the top that replaces the printed one, barrel jack plug instead of USB-C, and recycled materials. Compared to the Nest Wifi, each device you buy in a multi-pack acts as a router instead of some only being points. As such, each feature dual Gigabit Ethernet ports.

In terms of speed, each new Google Wifi only covers 1,500 square feet instead of 2,200 sq ft/router, while you only get AC1200 (up to 1.2 Gbps) instead of AC2200 (2.2 Gbps). It’s powered by a quad-core ARM processor with 512MB of and 4GB of storage. It runs a version of Chrome that gets updated regularly with new functionality and can be controlled entirely from the Google Home app.

This relaunched Google Wifi is now available in Austria, Belgium, Canada, Denmark, Finland, France, Germany, Ireland, Italy, Netherlands, Norway, Portugal, Spain, Sweden, Switzerland, and the United Kingdom. This is wider availability in Europe than the Nest Wifi, though Google Wifi is not in Asia Pacific.

There are significant cost savings in buying a Google Wifi if you don’t need the absolute fastest speeds or want an Assistant speaker in the point. It very much fits with Google’s strategy (Pixel 4a and Pixel Buds A-Series) of offering affordable products.