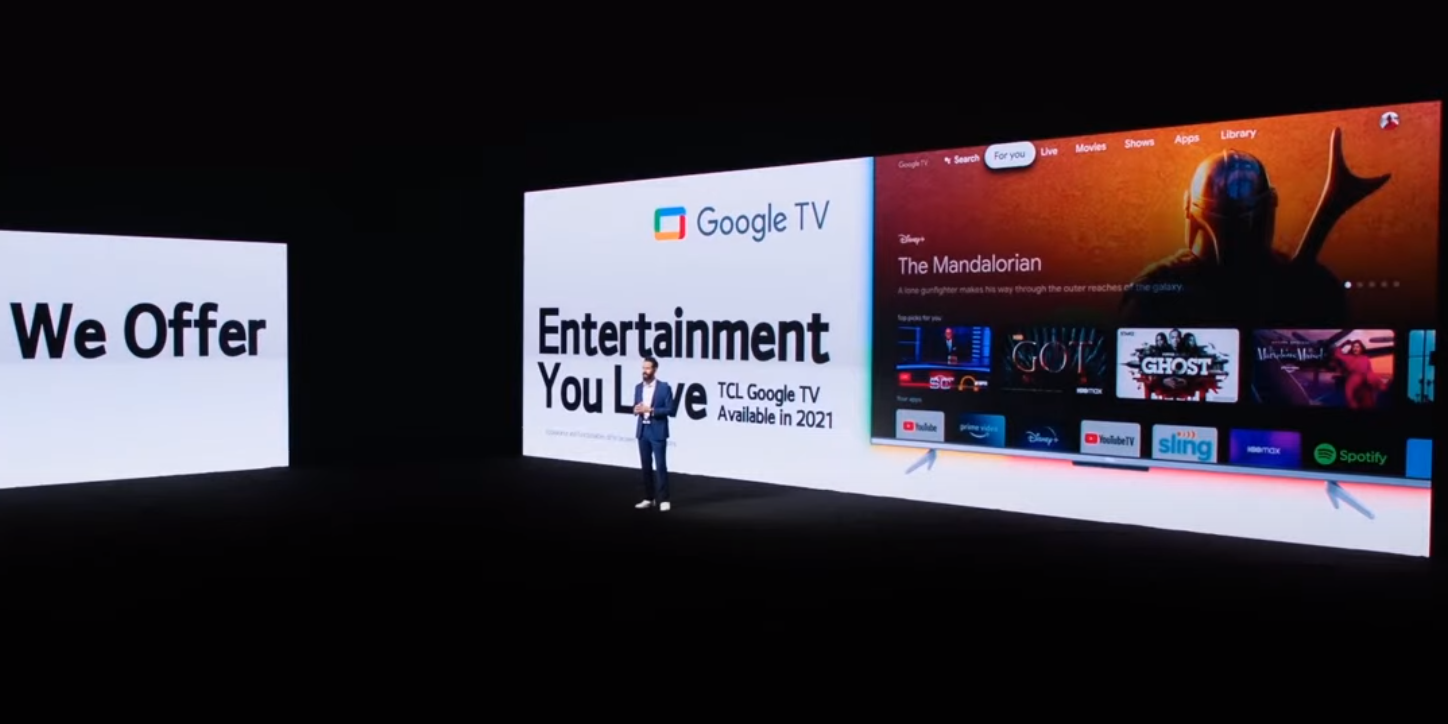 After expanding to Sony earlier this year, the next big name is about to join the Google TV train. Apparently, TCL is preparing to launch its batch of Google TV panels sometime in the next two months.

It was announced at CES 2021 that TCL would launch a collection of televisions powered by Google TV in the United States sometime this year, but no details were provided beyond that. In an interview this week, though, Google TV VP Shalini Govil-Pai teased that these TVs will be coming sooner than later.

A keynote interview during StreamTV Show 2021 saw Govil-Pai addressing some of Google’s plans in the living room. While most details mentioned weren’t new, Govil-Pai did directly mention that TCL is planning to launch its Google TV models “in the next month or two.” This is the first time we’ve heard a timeline for this release. TCL is one of the most popular TV brands in the United States currently, thanks mostly to the company’s very affordable prices but still quite good panels. Most TCL models run on top of the Roku platform, but the company started selling Android TV units last year.

Further in the interview (documented by The Streamable), Shalini Govil-Pai mentioned that Google has seen a “two-fold rise” in the amount of streaming on Android TV and teased that, around the holidays, Google and its partners would be more aggressively marketing Google TV in the United States. It was also reiterated that Google plans to replace Android TV with Google TV in time.

We reported last September that Google was planning to replace Android TV entirely with Google TV by 2022, at least as far as consumer/retail devices go. So while Govil-Pai’s comments on that matter are nothing new, it’s nice to know that is still Google’s goal.