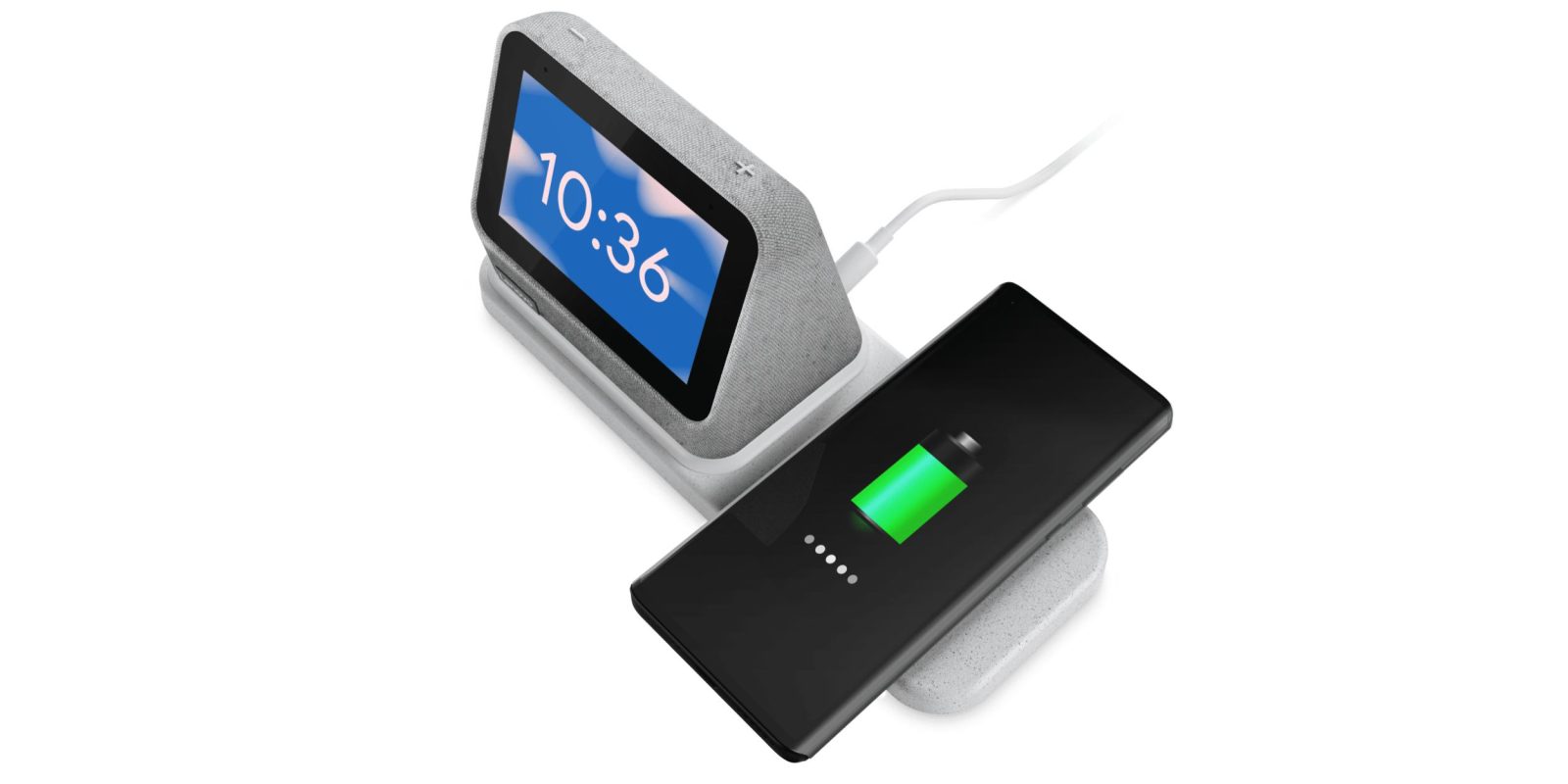 The smallest-ever Assistant Smart Display was announced by Lenovo in 2019, and it’s now getting a successor with the Smart Clock 2 that adds an optional wireless charging dock.

The Lenovo Smart Clock 2 is not as wedge-shaped anymore, but rather looks like a shrunken-down Smart Display. There’s a 4-inch screen with sizable bezels that’s enwrapped in fabric (Abyss Blue, Heather Grey, or Shadow Black colors available). There’s a power plug on the back, and next to it is a microphone switch to disable “Hey Google.” The only other controls are volume up and down buttons at the top.

Inside, it’s powered by the MediaTek MT8167S processor with 1GB of RAM and 8GB of storage. The far-field microphone array is paired with 1.5-inch 3W front-firing speakers. Other specs include 2.4GHz 802.11 a/b/g/n Wi-Fi and Bluetooth® 4.2.

Google Assistant functionality (voice commands, smart home control, photos, music, etc.) is unchanged, while the lack of a front-facing camera remains a feature, though you wouldn’t really want to have video calls on this LCD.

Of course, the key aspect of the Lenovo Smart Clock 2 is the optional Wireless Charging Dock. You can place the mini Smart Display on the left (via a pogo pin connection) where there’s even an 11 lumens night light. It serves as the raised perimeter of the display.

The right side of the wide dock is the charging surface marked by a “plus.” Supported speeds include “fast-charging,” 10W, 7.5W, and 5W. More curious is how Lenovo touts a “Magnetics” spec that is “MagSafe-compatible. This is presumably in reference to the wireless charging system Apple introduced last year and will help align your iPhone to the charging coils.

The Lenovo Smart Clock 2 will be available in September starting at $89.99.