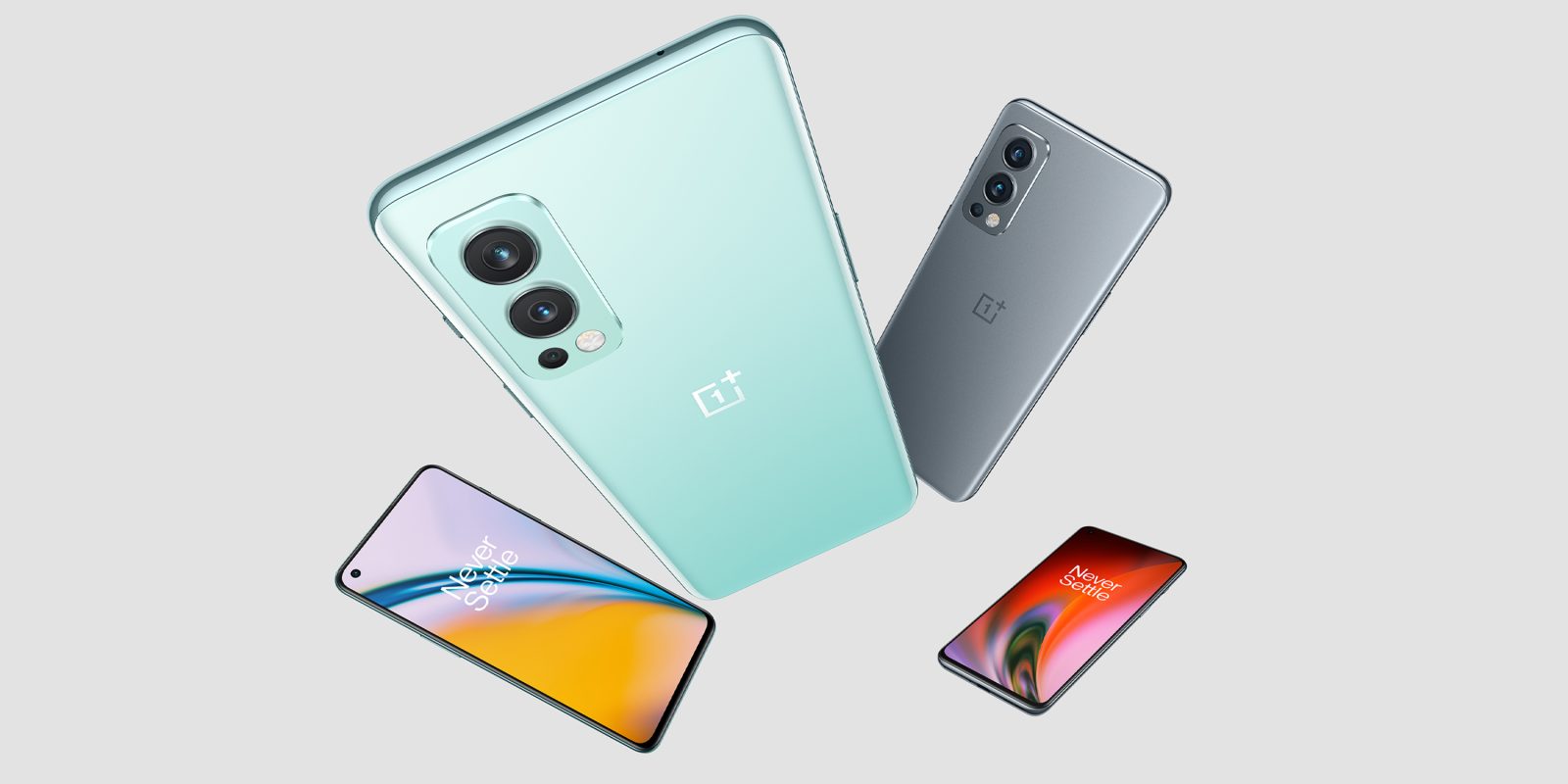 After a constant feed of teases and tidbits, the OnePlus Nord 2 has now officially launched and provides some notable upgrades over the original while also coming with a MediaTek processor and the Sony IMX766 sensor, as found in the OnePlus 9/9 Pro.

The Nord 2 is the first OnePlus device to utilize a MediaTek chipset, with a unique Dimensity 1200-AI processor chosen to power the mid-ranger. In terms of performance, this matches closely with Qualcomm Snapdragon 870 that is found in the Poco F3. OnePlus touts up to 65% faster CPU performance and 125% GPU boosts over the original Nord, courtesy of this custom chip.

Measuring in at 6.43 inches, the Nord 2 includes a 90Hz refresh rate fluid AMOLED display with AI Color Boost and AI Resolution Boost tech helping upscale and improve content displayed on the FHD+ panel. The MediaTek Dimensity 1200-AI is paired with 6/8/12GB of RAM, 128/256GB of UFS 3.1 storage, and a 4,500mAh battery. 65W Warp Charge can take the Nord 2 from 0-100% capacity in under 40 minutes, while adaptive charging ensures that battery health is not detrimentally affected, courtesy of a staged overnight charging process.

One of the biggest leaps from the original Nord to the Nord 2 is the new camera setup that utilizes the flagship tier Sony IMX766 50-megapixel sensor found on the OnePlus 9/9 Pro. This is said to capture up to 56% more light than the 48-megapixel Sony IMX586 sensor used on the original Nord. Camera software features have also been added, including Nightscape Ultra mode, which can supposedly capture photos in conditions as dim as 1 lux.

The triple camera setup also consists of an 8-megapixel ultra-wide-angle lens and a 2-megapixel monochrome sensor. At the front, the OnePlus Nord 2 has ditched the ultra-wide selfie camera and instead packs in a solo 32-megapixel Sony IMX615 sensor. Unfortunately, the Hasselblad camera partnership does not include the Nord 2.

The OnePlus Nord 2 ships with OxygenOS 11.3 atop Android 11 pre-installed with a number of customization options that fans may recognize from ColorOS. Despite this, the experience remains the same as you will find on the OnePlus 9 series. OnePlus has committed to two years of major Android updates and three years of regular security updates for the Nord 2.

You will be able to pick up the OnePlus Nord 2 in three colors, including Gray Sierra, Blue Haze, and Green Woods. However, not all colors will be available in all regions. Pricing will start at £399 for the 8/128GB model, while the 12/256GB option is priced at £469. Pre-orders are open from July 22 until midnight July 27 from Amazon or OnePlus.com.