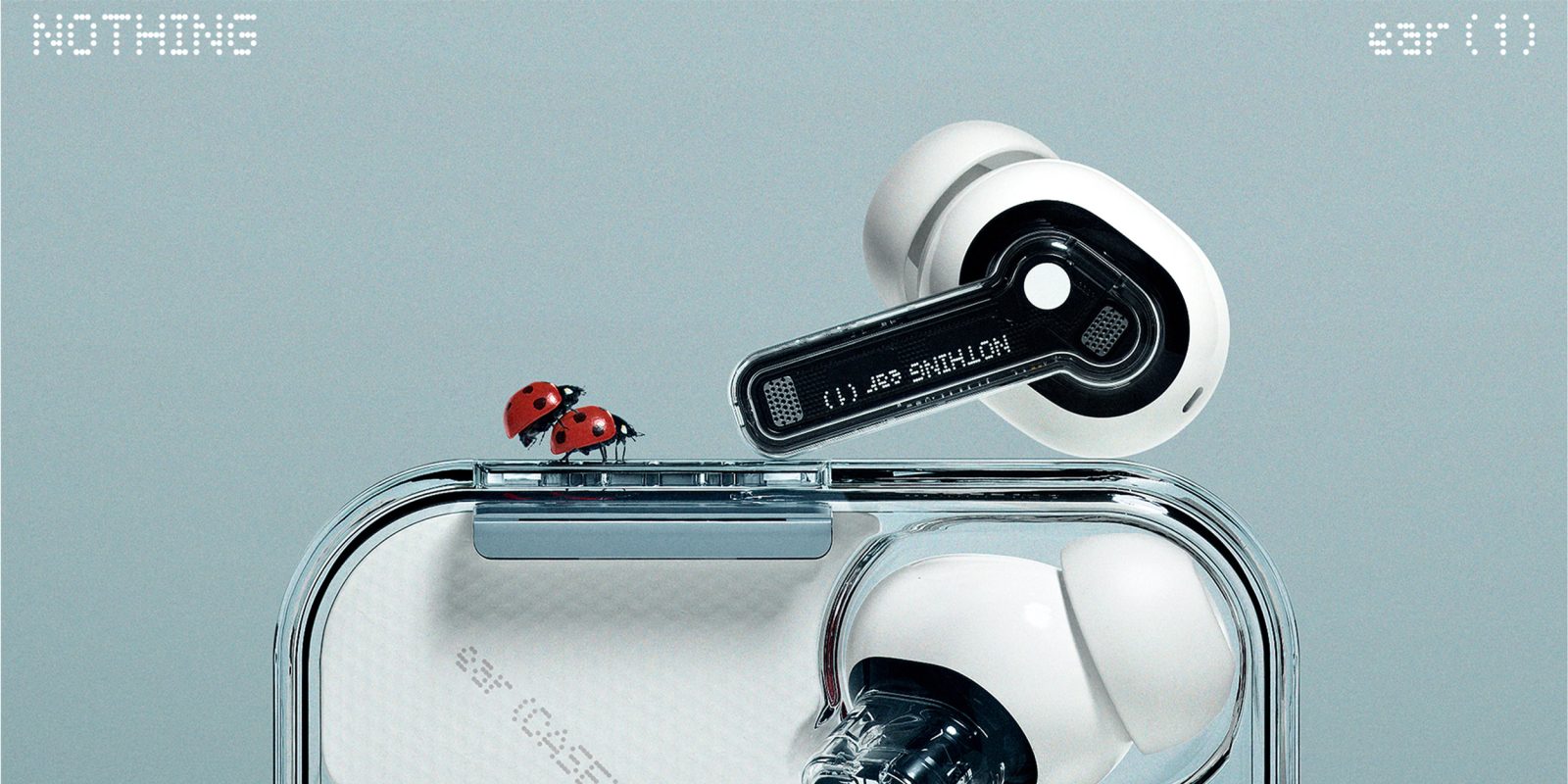 After teasers and tidbits, Carl Pei’s Nothing has finally launched the ear (1) Bluetooth earbuds with some competitive features given the $99 entry price.

The most notable addition to the sub-$100 true wireless earbuds is that of Active Noise Cancellation (ANC), which has become more commonplace on mid-range Bluetooth earbuds over the previous 18 months. A master of online marketing, Pei’s Nothing teased and hinted at the design of the ear (1) earbuds in the lead-up to the official launch and in collaboration with Teenage Engineering, a transparent design was settled on.

Each IPX4 rated ear (1) earbud weighs in at 4.7 g and comes with a soft silicone tip providing an in-ear seal. The similarly transparent/clear charging case adds a further 57.4 g, adding just 66.8 g to your pocket with both earbuds safely stashed within. Nothing has used 11.6 mm drivers in each earbud, citing audio tuning rather than relying on pure hardware — which might come as a disappointment to some.

Nothing states that the ear (1) earbuds 31mAh batteries can last up to four hours with ANC active or six hours when deactivated. The charging case provides an extra 570mAh, which equates to a further 24 hours when ANC is used or 34 hours when not active. Charging each earbud for 10 minutes provides an extra hour of listening. The case supports Qi wireless charging and just 10 minutes provides up to eight hours of extra lifespan.

Bluetooth 5.2 connectivity is present on the ear (1) earbuds, which should ensure that audio cut-outs do not pose an issue, while this should help improve power consumption. ANC can be set in three modes: Light, Maximum, and Transparency. The latter lets in outside audio when pressing and holding the earbud stem. The Maximum noise cancelling mode is rated at -40db.

Customization options are available via the dedicated Nothing ear (1) app for Android and iOS, which allows you to make some minor audio preset adjustments to the ANC and sound profiles, get firmware updates, battery level information, and locate lost earbuds. Google Fast Pair support is included, streamlining the pairing process with Android devices and making it even easier to get started with the Nothing ear (1) earbuds.