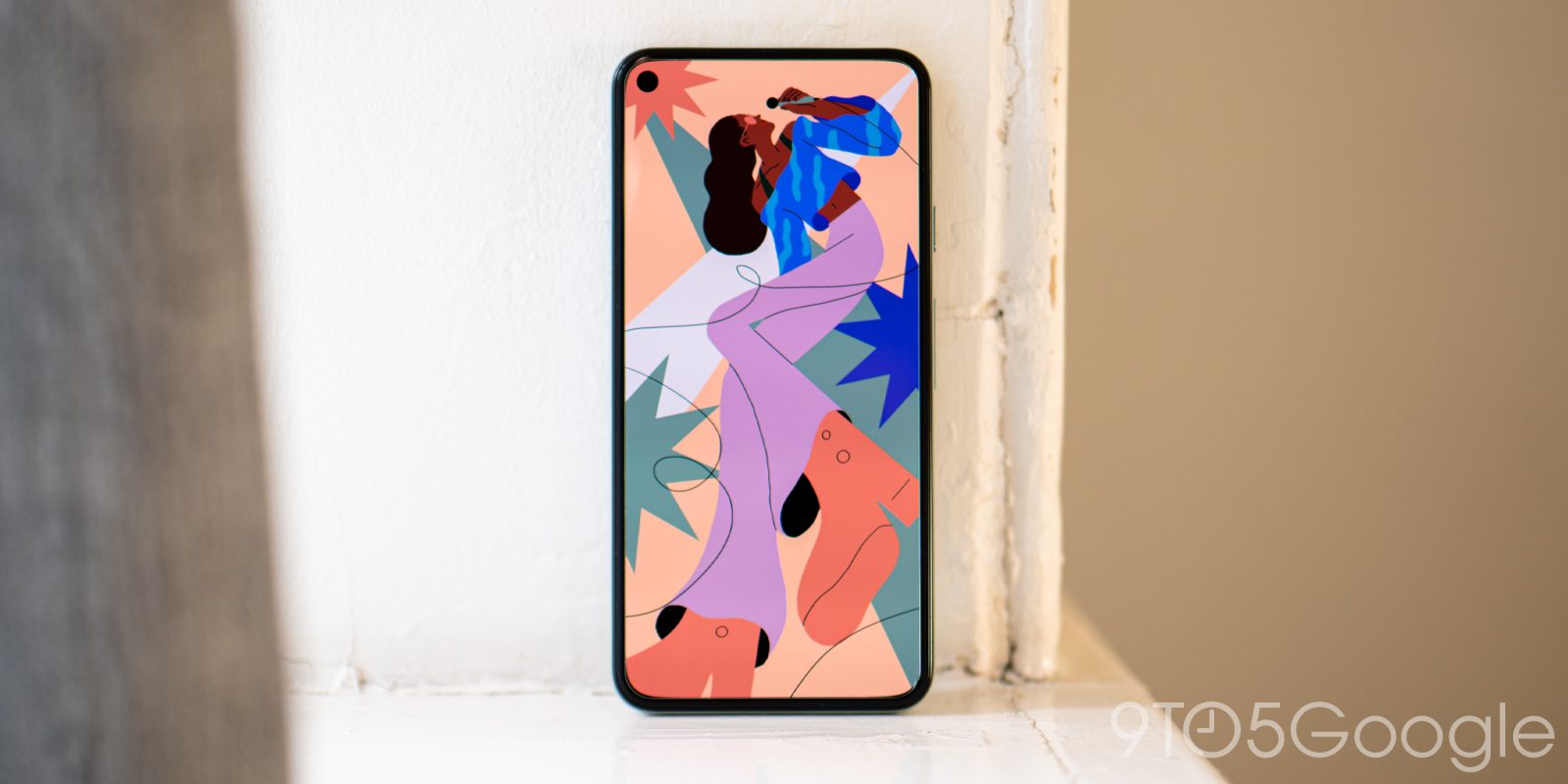 Yesterday, Google unveiled this fall’s Pixel 6 series phones, leaving quite a few questions unanswered. To get to know the Google Pixel 6 and 6 Pro a bit better, let’s take a look at their official wallpapers, which also tell us the phones’ resolution.

In recent years, Google has offered a collection of “For Fun” wallpapers that are perfectly sized and positioned to have fun with the design of their Pixel phones. For instance, last year’s wallpapers for the Pixel 4a, Pixel 5, and Pixel 4a 5G each used a clever design to mask the display’s selfie camera hole.

By pretending to use the Pixel 6 Pro, our team was able to get the built-in wallpaper picker to offer the official collection of “For Fun” wallpapers that will be offered on Google’s phones this fall. There are 12 wallpapers in total, each one cleverly designed to hide the now-centered hole punch.

For example, “Thirst Quencher” features a glass of lemonade with a straw, the tip of which is placed exactly where the selfie camera would go. Keeping in theme with the fruit and produce, Cherry Cone features a soft-serve ice cream cone, topped with a cherry.

Leaving the produce aisle behind, there are a number of person-centric wallpapers, such as “Street Art,” which shows someone listening to music while spray painting a wall mural. Meanwhile, “Karaoke” features a woman singing and holding a microphone in the perfect spot to fit under the camera.

That said, each design shows the hole punch far lower than seen in official 360° renders, meaning each wallpaper may extend slightly above the display.

Notably, the hole punch placement may not be the only factor in play with regard to the Pixel 6 and 6 Pro wallpapers. With the advent of Material You in Android 12, the colors used by a wallpaper have just as much importance as the design itself. To that end, we’ve seen some fantastic Material You themes come out of this collection, including a bold canary yellow from the tennis-themed “Match Point” wallpaper.