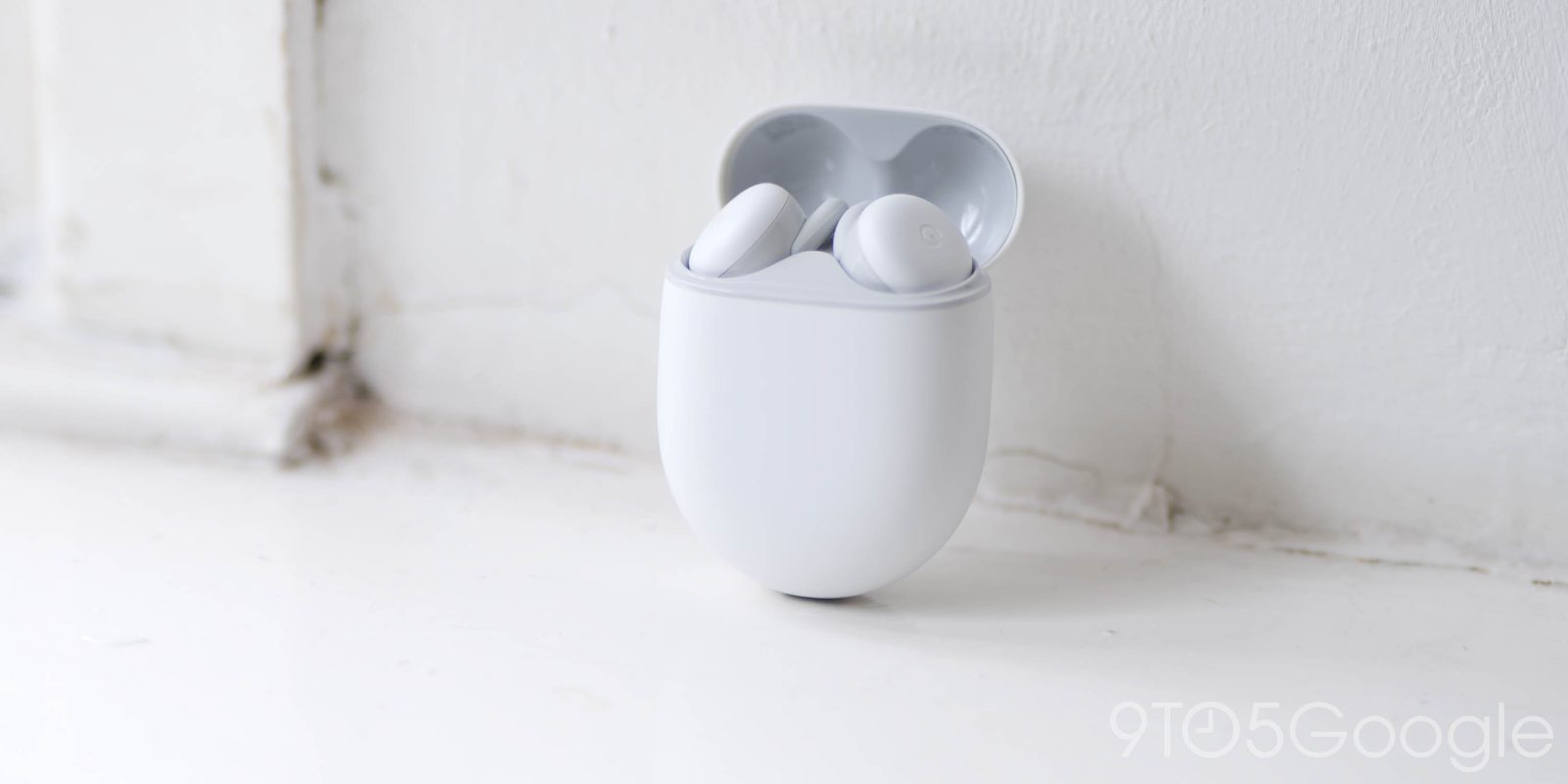 The Pixel Buds A-Series are one of those accessories that are perfectly suited to those just wanting a no-nonsense pair of Bluetooth earbuds, and after a month or so of daily wear, I can’t help but feel that this is all they may end up being.

While the second-generation Pixel Buds were designed to be “premium” and come with added features and functions — courtesy of Pixel Feature Drops — the A-Series earbuds strip back to the bare elements of a common Bluetooth smartphone accessory.

If you’re looking to pick up the 2020 iteration, then we’re sorry to be the bearers of bad news, but after being discontinued, if you want Made by Google earbuds, then it’s A-Series or bust. Unless you can grab a pair from a third-party seller that is. After living with them for an extended period since launch, we’ve racked up some listening hours and have some opinions to share.

… but with a few notable downgrades

On the face of it, telling the Pixel Buds and Pixel Buds A-series apart might be harder than you’d think given the substantial $80 price difference. The carry case and even the earbuds look identical, but there are some subtle – and important – differences here that I think are important to note now I’ve lived with these earbuds for a while.

I’ll start with the carry/charge-case, which although almost identical is of a slightly lower quality. It’s actually quite easy to tell the Pixel Buds and Pixel Buds A-Series apart simply by the feel of the case. The thick, textured surface has been replaced for lighter polycarbonate. The difference is noticeable when compared directly to the previous model, but it’s not a huge downgrade. I have found the texture easier to scratch and scuff, so avoid a key or coin-filled pocket unless you’re happy to gouge a chunk out of the plastic.

Google thought to move the connection light upwards, and it’s much better in this new position as when holding the case your hands or fingers don’t get in the way. I have found this a massive improvement in the time I’ve spent with the Pixel Buds A-series, and it sort of makes up for the lack of wireless charging – but not quite.

My biggest sore point is the lack of wireless charging. Having used the A-series buds daily, not being able to just set these earbuds down on a wireless charge pad means I am not charging them as often as I should. There have been a couple of occasions where I’ve had to stop listening to ensure I have enough battery to last a return journey from somewhere.

However, this is likely more down to my bad charging habits than the battery life of the Pixel Buds A-series. It’s compounded by the fact that many similarly priced Bluetooth earbuds are starting to include wireless charging as a standard feature. Plugging in a USB-C cable isn’t difficult, it’s just something I’ve had to relearn having enjoyed not needing to on the Pixel Buds — and even the recent Nothing ear (1), which also include ANC for $99/£99.

The dimple-dot design is one of the major reasons that over time made me fall in love with the Pixel Buds. They are compact and inconspicuous without drawing attention to your ears. I wouldn’t say each bud is quite flush in my ear but not worrying about pulling or rustling in my ears is a major reason Google’s earbuds (in both flavors) have become my go-to. There’s the added bonus of no protruding plastic to snag or catch when moving around or working out.

I’ll stop (substantially) short of saying they are the most comfortable earbuds I’ve ever used. OnePlus Bullets Wireless 2 and Z have been the zenith of comfort in my experience but come with a sometimes frustrating tether. The softer rubber fin that helps stabilize each earbud does feel softer and more flexible than its predecessors. Sometimes I found that multiple hours of wear could prove to be a little difficult as the fin or prong can dig in, it’s less of an issue and within a few weeks, the A-Series buds are still supple but softer.

A lack of global (and even some regional) travel means that I haven’t managed to test out the battery lifespan and, therefore, wear for more than a couple of hours at a time. That said, I didn’t have too much ear fatigue even when wearing for upwards of a few hours. The minor weight savings do make an overall difference in my experience, just not quite as much as you might anticipate.

… a couple of steps down but much the same

I’ll say without question that the audio experience after some extensive burn-in is fairly good but it’s not quite as full-bodied as the 2020 Pixel Buds. As our own Ben Schoon noted in his initial review, there is just something lacking in the sound profile on the Pixel Buds A-Series.

That’s not an indictment of the sound quality per se as the A-Series offer solid audio given their proposed price point. Bass response is good and I would say the profile is fairly neutral even with the Bass Boost feature enabled. Not having ANC is not too much of an issue in my experience as the shape and size mean a good seal blocks out tons of background noise. I can just about hear really low rumbles, but the passive isolation is still really solid.

I’m not sure if any other reviewers have noted that the activation tones and sounds have been toned down when compared to the original Buds. Tapping to pause or play audio is softer and, at least in my opinion, nicer to have pumped directly into your ear canal when accessing the touchpad controls and activating the Google Assistant.

Now I have a bone to pick with earbuds and touch controls in general. Tapping and interacting with something that is directly plugged into your ear can be painful and uncomfortable because each tap can almost be deafening. The ace up the sleeve of the Pixel Buds A-series – as with last year’s Pixel Buds – is that direct and excellent integration with the Google Assistant.

Not having to tap to control volume or skip tracks alone is pretty excellent, but having all of the other Assistant features is the icing atop the cake. You probably knew that already, but it’s still a killer feature that elevates the Pixel Buds A-series above and beyond even some more expensive earbuds – so long as you like using voice commands and don’t necessarily prioritize the best sound profile. Maybe one day we’ll get both, but for now, the trade-off is fairly valid.

To contradict myself though, the volume swipe is the biggest loss here. It’s the only gesture interaction that I use, and it’s executed so well on the Pixel Buds that the A-series lacking the ability for you to adjust the volume without grabbing your phone or activating the Assistant proves tiresome quite quickly. An instant task is relegated to one that can take 10-15 seconds when using voice commands or has you fumbling for your phone in other instances.

Due to the design and shape, if you make a ton of calls then I think you might want to look elsewhere. The microphone placement and the lack of stem to place said mic closer to your mouth means that in noisy environments the Pixel Buds A-series can struggle to fully pick out your voice, but there is no distortion or major complaints that you won’t have with other Bluetooth connected buds.

Google has finally fixed the audio cutout issues that plague some owners of the previous generation too. I’ve had zero issues and the new connection seems far more stable even up to 5 or 10 meters away from your connected device. It might be enough of a reason for some people to switch if you simply can’t handle audio cut-outs any longer.

If I’m being completely honest, I doubt very much that the Pixel Buds A-Series will replace the second-generation Pixel Buds for me or for many of you out there. The lack of swipe controls has been something I have really missed and something I thought I could live without. Wireless charging has also been a bugbear but much less so.

That’s not to say that the Pixel Buds A-Series are bad Bluetooth earbuds because they are most definitely not. Audio quality is not the strongest suit, but it’s a competent component in the entire package, which is backed by excellent integration, smooth Assistant operation, and a resolution to the audio cutout issue that has plagued last year’s model. For most people that is going to be enough of a reason to pick these earbuds up. Factor in the discontinuation of the 2020 model, and it’s a recipe for success and the perfect companion earbuds for your Pixel.