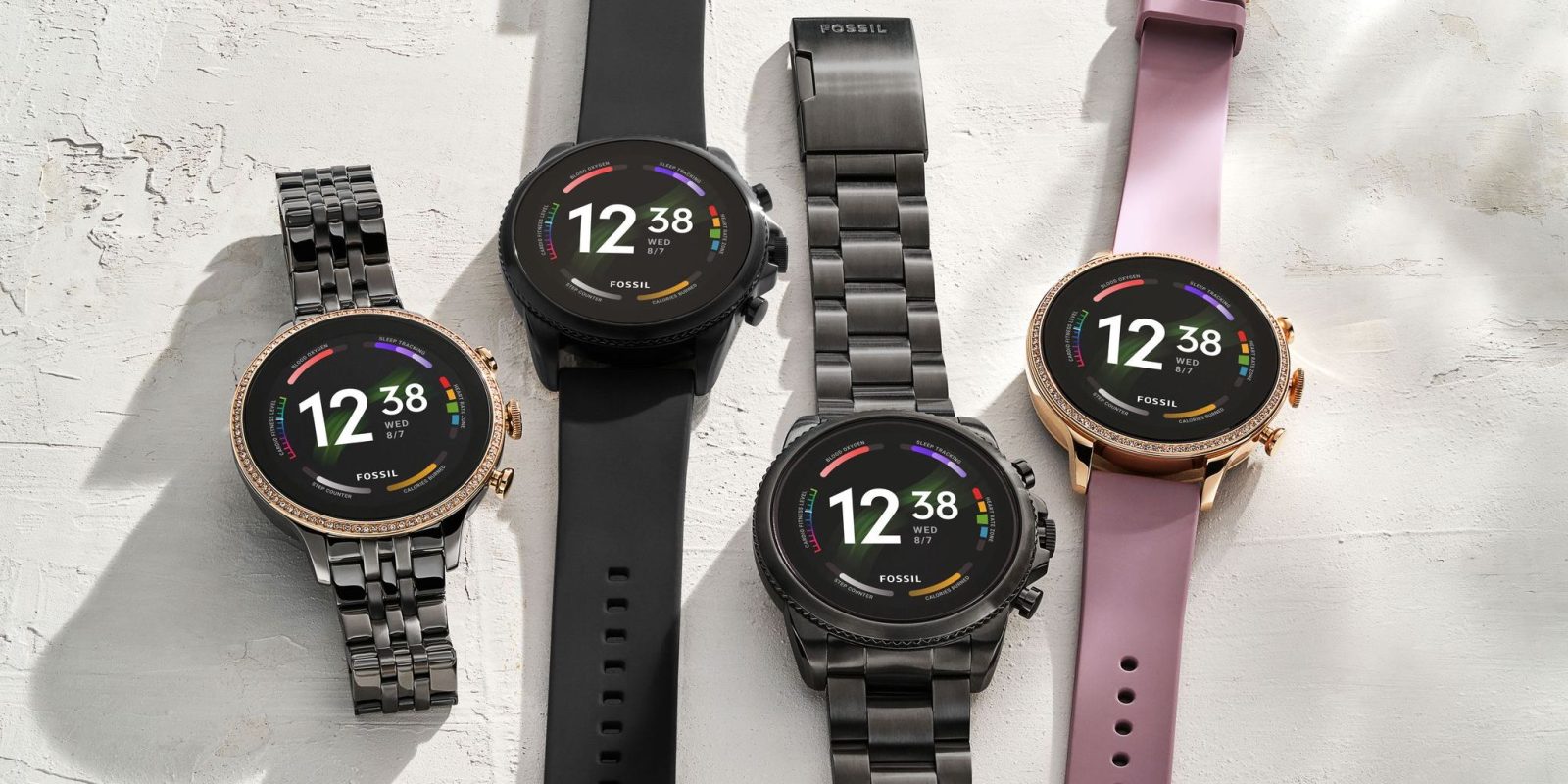 As teased, Fossil unveiled its Gen 6 line of Wear OS smartwatches today. Besides the latest stylings, the exterior is mostly unchanged, but there are a handful of internal upgrades.

The Fossil Gen 6 family is the first to use the Snapdragon Wear 4100+. Announced last year, the big difference over the standard 4100 found on all other devices is the addition of an always-on co-processor. It allows for faster tilt-to-wake, continuous heart rate monitoring, sleep tracking, step counting, and other functionality to be offloaded from the main processor.

Compared to the Wear 3100 chip that existing Fossil owners are familiar with, Qualcomm says the new one leads to “85% higher performances” and 25% reduced power consumption. Fossil touts over 24 hours of battery life (“based on usage”), while an extended mode can stretch it to multiple days by disabling various features.

However, the big battery upgrade is much faster-charging with a speed that is “two times faster than the leading smartwatch.” The competitor in question is not specified, but Samsung wearables notoriously take some time to fill up. You can reach 80% in 30 minutes on Gen 6, which Fossil positions as allowing for a quick charge before going to bed and starting sleep tracking.

Meanwhile, the charging rings have been redesigned in light of the component on previous generations seeing its adhesive wear out. Technically, there are now four half-rings of metal held in place by the plastic caseback with Fossil leveraging an insert molding design. This should prevent them from falling out, while the new design also allows for USB connectivity. That connection type helps negotiate the faster charging rates, while developers can also use it to sideload and test apps.

Everything else about the watch is unchanged. There’s a stainless steel case available in 42 and 44mm sizes. All have three buttons with the center one being a rotating dial. There’s a 1.28-inch touchscreen (326PPI), 1GB of RAM, and 8GB of storage, as well as speaker, microphone, and vibration motor.

Connectivity includes Bluetooth 5.0 LE (from 4.2), Wi-Fi, GPS, and NFC, while accelerometer, altimeter, ambient light, compass, gyroscope, and off-body IR round out the sensor list. Water resistance is rated to 3ATM.

Outside of the hardware, the company very explicitly says that Gen 6 is compatible with Wear OS 3. Only “2022” was mentioned today, but Google previously specified updates for existing devices would start in the second half of next year. Fossil says that is when hardware partners are able to roll it out and consumers can decide whether to opt-in.

Pricing for the Fossil Gen 6 lineup ranges from $299-$319 with pre-orders beginning today and shipments set for the end of September. The main Fossil brand is announcing seven designs, while Michael Kors has four.