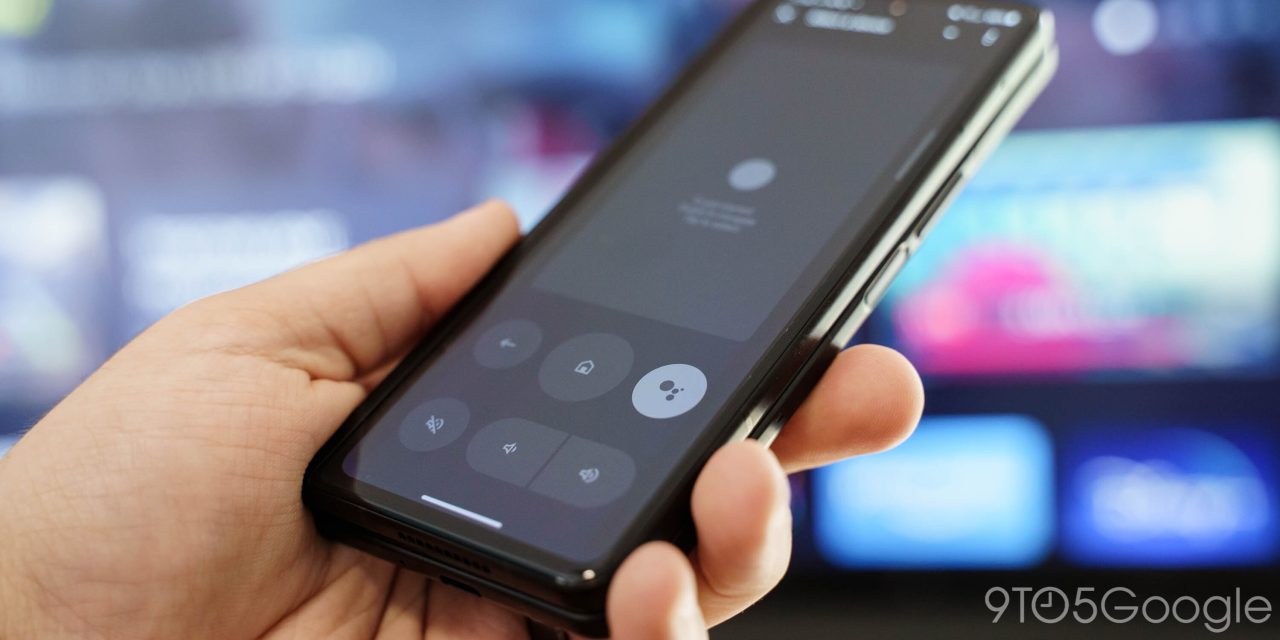 For months, we have been anticipating the arrival of an in-app remote for Android TV devices, which officially arrived on Android yesterday via the Google TV app — or the Play Movies & TV app in areas where the rebrand hasn’t occurred. However, in our testing, we were unable to pair it with any Android TV or Google TV devices.

As shared on Reddit by juzmafia, the solution comes by way of an update to the “Android TV Remote Service” app. Rolling out now via the Google Play Store — you need to install this app on your TV, not your phone — the update brings the app from 4.7 to 5.0.

Once installed, the Google TV app’s new “TV Remote” option, accessible via Quick Settings and through the app itself — is able to recognize and pair with that particular Android TV device. All of the remote’s functions, including the Assistant button and keyboard capabilities, work just as you’d expect from a physical remote.

An interesting side effect of updating the Android TV Remote Service is that the older “Android TV Remote Control” app that Google TV/Play Movies are replacing is no longer able to pair, in our testing. Considering that app hasn’t seen an update since 2017 and still carries the visual aesthetics of a 2014 Material Design app, this move is honestly for the best.

Another odd quirk, noted in the Reddit post, is that the update to Gboard 11.0 or higher may be required, though it’s not clear why at this point.

The easiest way to check if you can install the update to the Android TV Remote Service is to open the Play Store on your TV — hold the Assistant button and say “Play Store” — and look for updates. If an update is not yet available, you’ll need to check again later.

Alternatively, juzmafia shared the APK file to install the update manually, but sideloading apps on Android TV is not as straightforward of a process as it is on phones, so we don’t recommend it for most people.