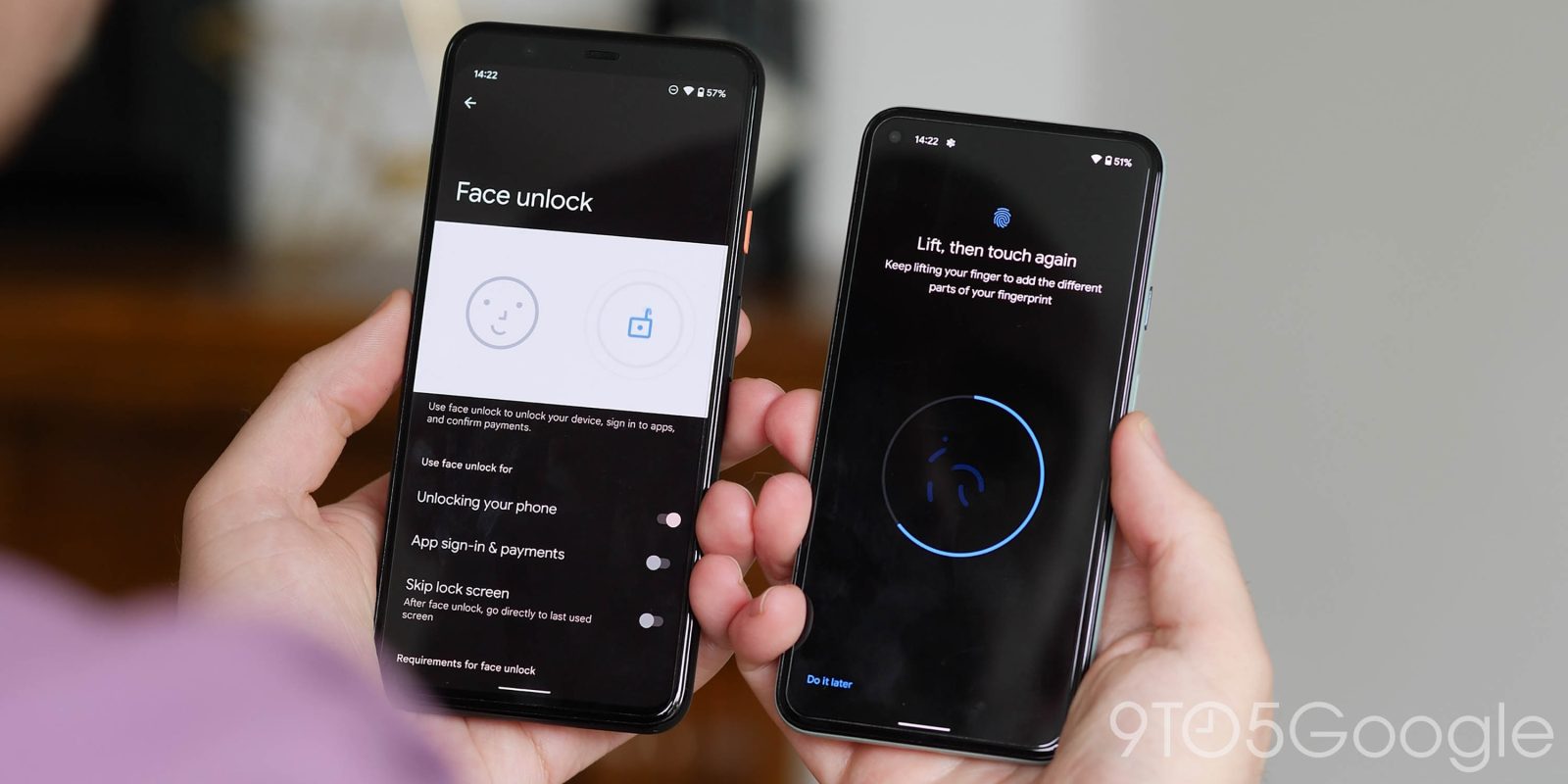 So to reiterate, as it stands there are a few core methods of securing your Android smartphone: a PIN or pattern, a capacitive fingerprint scanner, an in-display fingerprint scanner, or using Face Unlock. Without going into the reasons as to which method might be the “most” secure, there are benefits and negatives to each and every method.

For speed, it’s often determined by the tech used in each implementation. Personal preference plays a big part, but over the past 20 months face unlock hasn’t played all that nicely with masks. We also completely forgot to note that a PIN or pattern is necessary if you use any biometric security method as a backup for if/when the hardware fails to pick up your digits or face.

The most surprising thing in our survey was the 38.6% of you out there prefer an in-display fingerprint scanner over in-display and face unlock options. Since being introduced just a few years ago, the tech has developed, but the first wave of in-display scanners were pretty poor at times. You can get in-display scanners in a few flavors: optical and ultrasonic. The latter is more accurate but can be slower as an optical scanner shines a bright light onto your thumb or finger and matches based upon the registered fingerprints on your device.

Ultrasonic scanners use sound waves to bounce sound waves off the ridges of your fingerprint to determine if your finger matches a registered print. It’s undoubtedly more secure but can be slower as a result of the tech used. The most common response as to why people seemed to like an in-display scanner over other options was the positioning.

Given the volume of responses, we were genuniely surprised that capacitive scanners saw 34.8% of the vote share. Especially as we had a lot of people suggesting the ability to swipe down over a rear-mounted scanner enables the awesome notification panel expansion no matter what app you are using or where you are in your on-device UI. That is lost with an in-display fingerprint scanner or when using face unlock.

A great point made by reader Don is that a power button mounted capacitive fingerprint scanner makes the most sense given the ergonomics of larger devices. There is also the added bonus of even faster unlocks when you press the button. That said, often this can be frustrating as many OEMs put the power button a little low in the chassis — or at least they do in our experience.

Face unlock came in behind both fingerprint scanning options with 24.9% of the vote share, which wasn’t that much of a shock. While the option is great, it doesn’t always play nicely with glasses and definitely doesn’t work with masks. That said, as Pixel 4 owners will attest — and many did — face unlock is fast and reliable. It even works in the dark thanks to the IR blaster.

I felt a kinship with reader Roti who also appears to suffer with sweaty hands, and so for us face unlock trumps any type of fingerprint scanner. A big sore point is that as Citizen7 points out, more apps still support fingerprint scanners than face unlock. There is also the issue on the Pixel 4 being so fast at unlocking that you sometimes do so without wanting to. However, this applies to power button scanners, too.

Just 1.32% and 0.4% respectively said they use a PIN/Patter or go without any sort of security on their devices. A lot of respondents are excited by the opportunity to have more than one unlock method with the Pixel 6 — which is set to include an in-display scanner and software-based face unlocking. Google isn’t the first to offer more than one option as the LG G8 included a capacitive scanner and software-based face unlock in 2019, but we all know how LG has fared since…

Clearly, there is no “perfect” option but having more than one might be a way to make everyone happy. Let’s just hope that more devices offer multiple secure unlocking methods in the future.