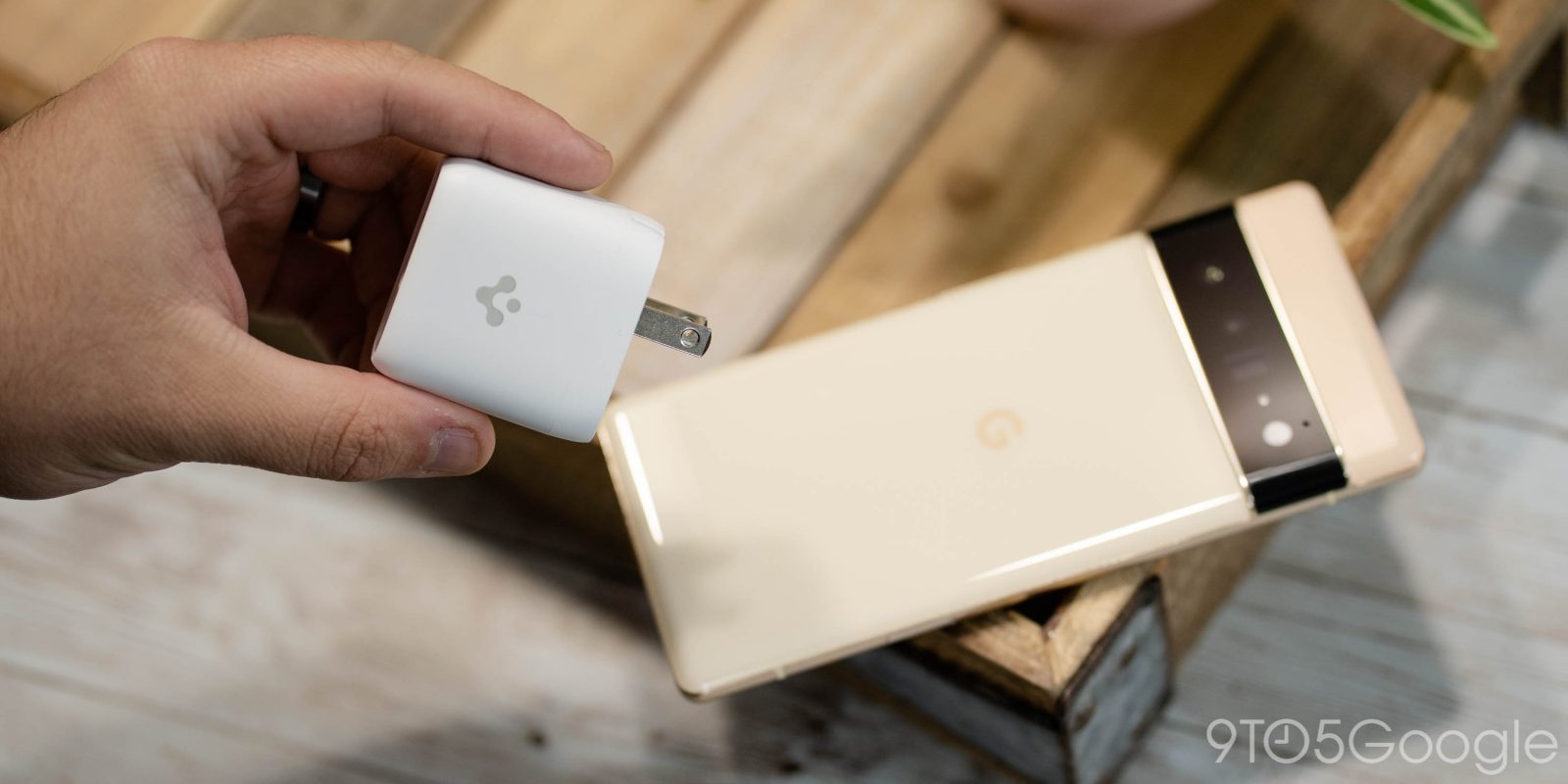 Google’s Pixel 6 has a bunch of notable upgrades including faster charging, both wired and wireless, but the company doesn’t include a charger in the box – instead charging $25 for it. Spigen, however, will happily give you one of its 30W chargers for free, provided your buy enough Pixel 6 cases.

A promotion running today through October 31 will net Pixel 6 and Pixel 6 Pro buyers a free 30W charger for their shiny new phone as long as they buy a Spigen case – something that’s definitely needed as we mentioned in our hands-on.

There’s not really a catch to this promo, either. Spigen will provide its ArcStation Pro 30W wall charger for free, a $35 value, with the purchase of cases that are worth at least $30. This means you’ll either need to buy one of Spigen’s more expensive options such as the Tough Armor or Slim Armor CS. Alternatively, you could get more than one case for your device, or throw in a screen protector. That said, the promo seems to work even on Spigen’s $25 cases.

Perhaps the biggest “catch” here is that you’ll also need to buy directly from Spigen’s own website instead of Amazon, and the cases are actually considerably less expensive on Amazon. If you’re only buying one, though, this deal still works in your favor.

With Google’s cases also slipping in their shipment dates, this is definitely a deal worth consideration.

Note: The charger pictured above is not the charger included in this promo, but is from the same brand. This article was also updated after publication to reflect that Spigen sells its cases for lower prices on Amazon, implying the website prices may be inflated for this promotion.